The leaders of the world's G20 countries agreed this week to muster their resources to steer their respective economies out of the doldrums, or in some cases, from the edges of the whirlpools dragging them down. Readers can be forgiven not realizing that was the focus of the meeting for representatives of the 20 largest economies.

This week's summits meant to plot a course for the global economy, but events overtook them 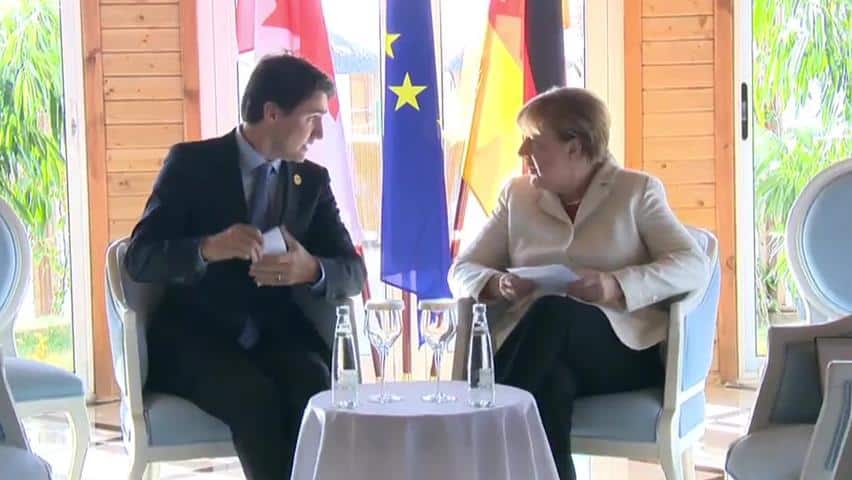 The leaders of the world's G20 countries agreed this week to muster their resources and steer their respective economies out of the doldrums, or in some cases, from the edges of the whirlpools dragging them down.

Readers can be forgiven for not realizing that was the focus of the meeting for representatives of the 20 largest economies.

Understandably, attention was turned to the fight against extremist attacks in the wake of the Paris bloodshed, security concerns that could also overshadow Wednesday's APEC summit.

However, in the 27-point communiqué leaders issued at the end of the G20 summit, there is no mention of ISIS, ISIL, Daesh — or any of the other names for the group presumed to be behind the attacks. Instead, it is focused on economic issues.

Two of the 19 member countries (the EU as a collective holds the 20th seat around the G20 table) are in sharp recessions. Economies in Brazil and Russia are on track to shrink by more than three per cent each. Argentina emerged from recession this year, but some international observers predict the economy will fall back next year.

The scene isn't much better for many others. Canada, Japan and Italy all continue to struggle economically and are expected to eke out a single percentage point of growth. Canada, of course, is believed to have experienced a technical recession at the beginning of 2015.

Canada has been hit hard by the resources slump, in particular for oil. However, the story is not the same everywhere.

The U.S. and Germany are experiencing a boost from cheap fuel. China's economy continues to face downward pressure, but with the resources it requires becoming less and less expensive that slide could stop.

Looming over all of this is that the U.S. Federal Reserve is starting to wind down its unprecedented monetary stimulus efforts, and there are hints interest rates could rise in a matter of weeks, something not seen since June 2006.

There are worries an interest rate hike would have ripple effects. The U.S. dollar will likely rise further, pushing down other global currencies and making it tougher for their consumers and industries to buy imported goods. On the flip side, it makes the foreign stocks held by those investing with American money less valuable, leading to fears of further stock-market slides.

Worse still, some of the countries hold a significant amount of debt counted in U.S. dollars — a rising greenback makes that debt tougher to manage. Last September, ratings agency Moody's listed Brazil, Russia, Turkey and South Africa as countries most vulnerable to shocks posed by a U.S. interest rate hike.

All four are members of the G20.

"Global economic growth is uneven and continues to fall short of our expectations," the final version of the G20 communiqué reads.

The text officials have worked on tirelessly for months goes on to say, "We will carefully calibrate and clearly communicate our action, especially against the backdrop of major monetary and other policy decisions."

The dynamics aren't all that different around the APEC table either — where eight of the G20 countries also sit, including Canada, the U.S., China, Japan and Russia.

On top of that, 12 of APEC's 21 members have also recently completed their negotiations on the comprehensive Trans-Pacific Partnership trade deal. Another five say they are ready to join when membership to TPP expands, a topic expected to dominate talks on the sidelines of the summit.

Canada, however, still hasn't firmly committed to the trade deal.

"We also very much appreciate that we are not the government that negotiated this deal," Chrystia Freeland, the new trade minister, reminded reporters Tuesday.

"The Liberal Party supports free trade," she added, saying her government is "absolutely committed to a consultation process with Canadians, with stakeholders, and a parliamentary debate on this issue."