Giving the U.S. increased access to the Canadian dairy market was the single biggest concession Ottawa made during the recent renegotiation of NAFTA, according to Foreign Affairs Minister Chrystia Freeland.

'That was a compromise that we offered… as part of a broader deal,' minister says

Giving the U.S. increased access to the Canadian dairy market was the single biggest concession Ottawa made during the recent renegotiation of NAFTA, according to Foreign Affairs Minister Chrystia Freeland.

Freeland, who led the talks, made the remark in answer to a question from a member of the public at a CBC event in Toronto — though her reply changed his word "concession" to "compromise."

"Any negotiation obviously involves compromise, that's why it's a negotiation. Otherwise we would just have our list of what we want and get it," Freeland said at the event, about Canada-U.S. relations in the wake of the midterm elections.

"I think probably the issue which Canadians are very aware was a difficult one and where the U.S. wanted increased access, was access to the Canadian dairy market," she said.

"I feel comfortable with the deal that we struck, the level of increased access is comparable to was what agreed to by the Conservative government in the [Trans-Pacific Partnership] negotiations. That was a compromise that we offered to the United States as part of a broader deal." 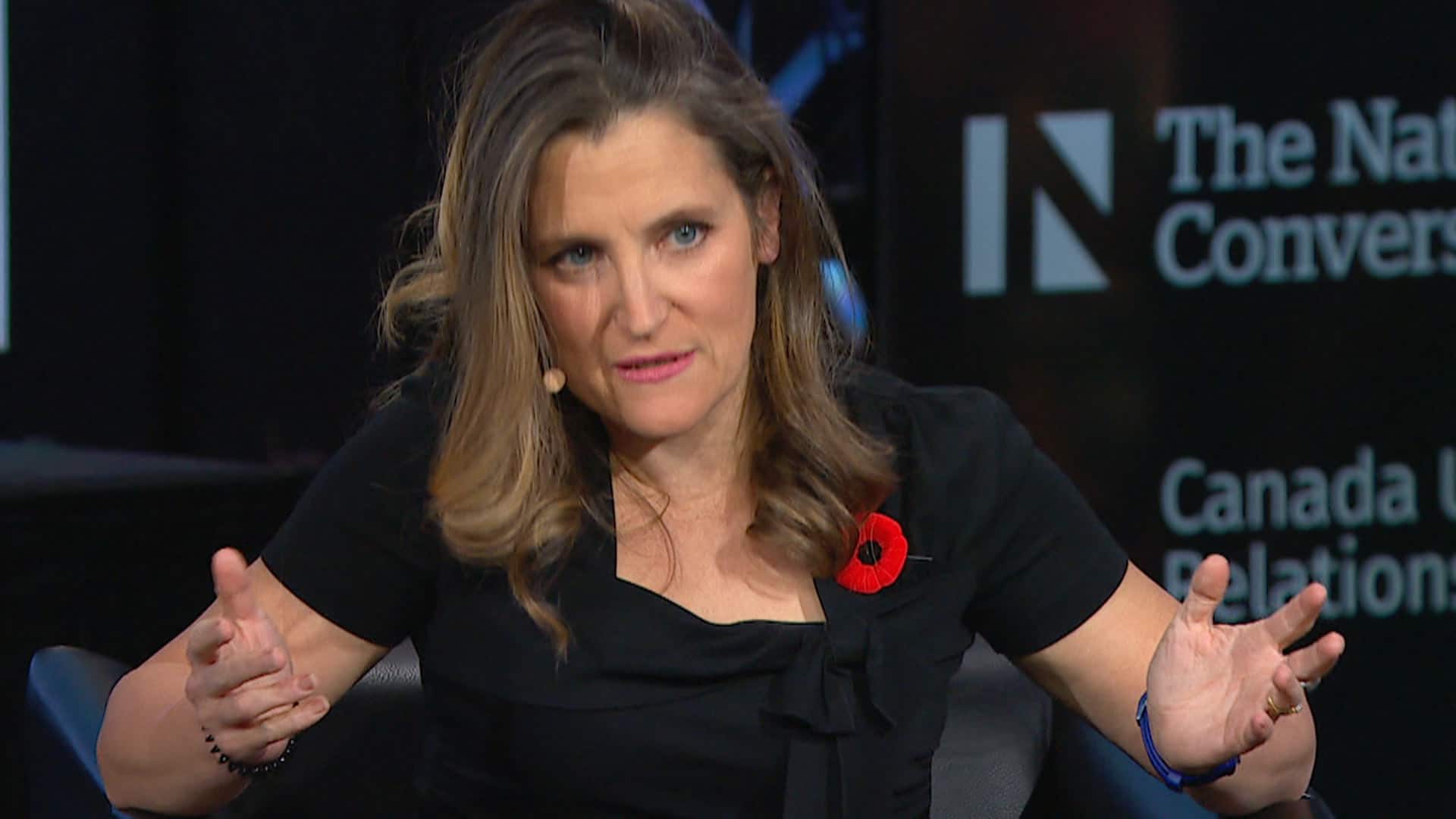 2 years agoVideo
1:01
Foreign Affairs Minister Chrystia Freeland told an audience in Toronto that the single biggest concession Canada had to make during the NAFTA negotiation was giving the U.S. more access to Canada's Dairy market. 1:01

Rosemary Barton, co-host of CBC's The National — who was steering the discussion between Freeland, herself and Washington Post senior political reporter Aaron Blake — pushed the minister on her decision not to use the word "concession."

Freeland replied: "It was a compromise."

On the flip side, Freeland said Canada's greatest gains were the continued access to the American market.

"To have that is a really big deal," she said.

The minister said the new deal also contains a number of "significant improvements over the old NAFTA." Her "personal favourite" was the elimination of a provision that allowed U.S. companies to sue the Canadian government for passing laws that hurt their business interests.

"Another thing that we got rid of, which I am really pleased about, is something that was known as the 'energy ratchet clause' which committed us to selling a certain portion of our energy exports to the United States," Freeland said.

"To me, that impinges on our sovereignty and I am glad that that is gone too," she added.

Asked by Barton whether she was concerned about media reports that officials in the U.S. are tinkering with the text of the agreement, now called the United States-Mexico-Canada Agreement (USMCA), Freeland said it was her job to worry about the Canadian political process and not what is going on in the U.S. or Mexico.

"It would be presumptuous for us to comment on and assume responsibility for somebody else's politics so we don't," she said. 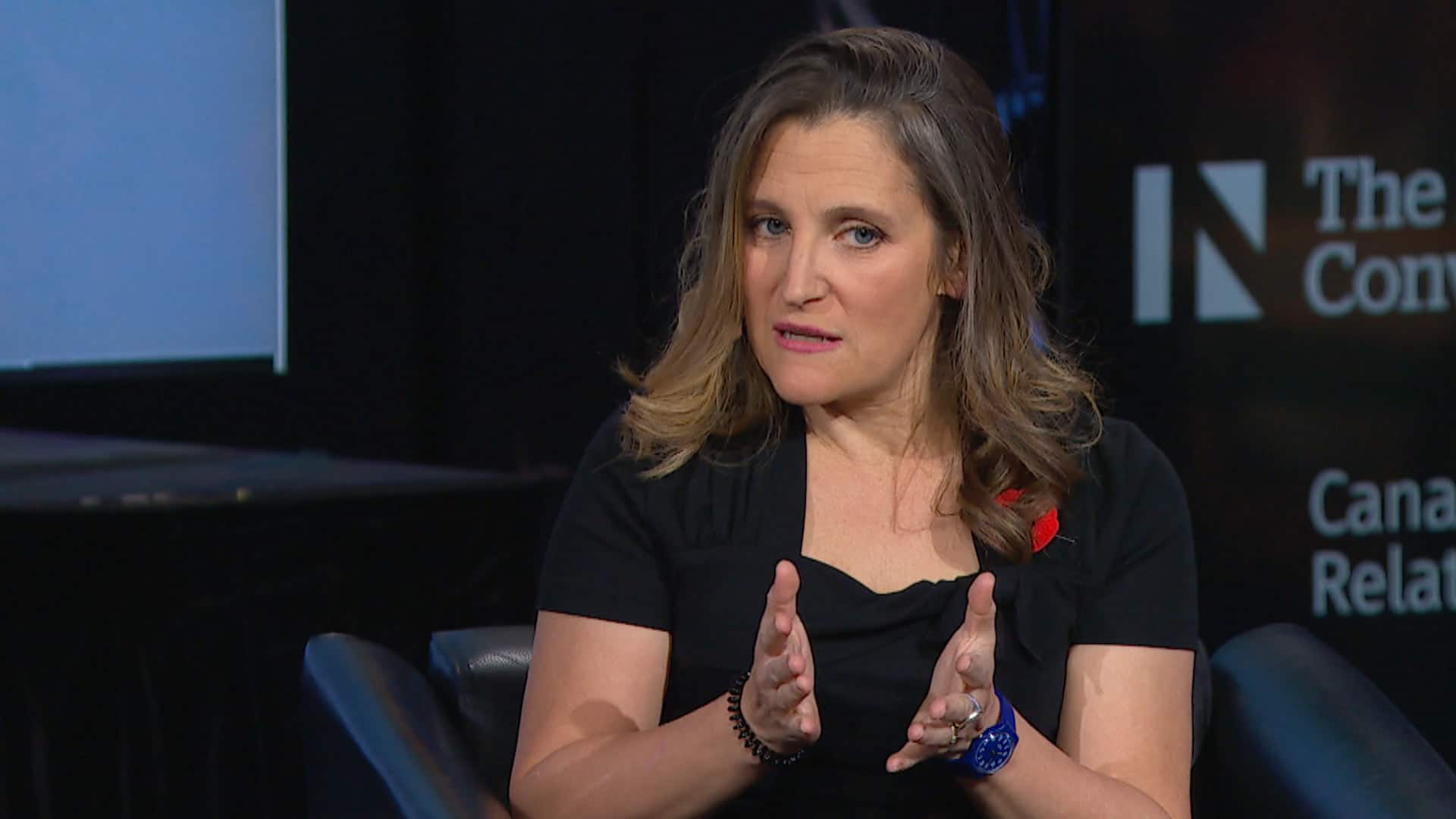 2 years agoVideo
1:37
Foreign Affairs Minister Chrystia Freeland said that in the wake of a reporter being banned from the White House that journalism is an essential institution of a functioning democracy. 1:37

Freeland was also asked if she thought it was fair for Donald Trump's administration to revoke CNN's chief White House correspondent Jim Acosta's press credentials for the White House after a testy exchange that saw the U.S. president call Acosta a "rude, terrible person."

"I think a lot of us have been thinking a lot about what makes democracies, democracies. And maybe a simplistic way of thinking about it is it's just that people vote — a democracy is where you democratically elect your leaders," she said.

"But I think a lot of people have been realizing that a democracy is much more than that. It's about a set of institutions and a set of behaviours that hold those elected leaders to account and hold them in check."

The full event will air on Friday, Nov. 9 on CBC News Network at 8:00 pm ET, and highlights will air that night on The National at 10 p.m. ET. You can also watch a replay below: 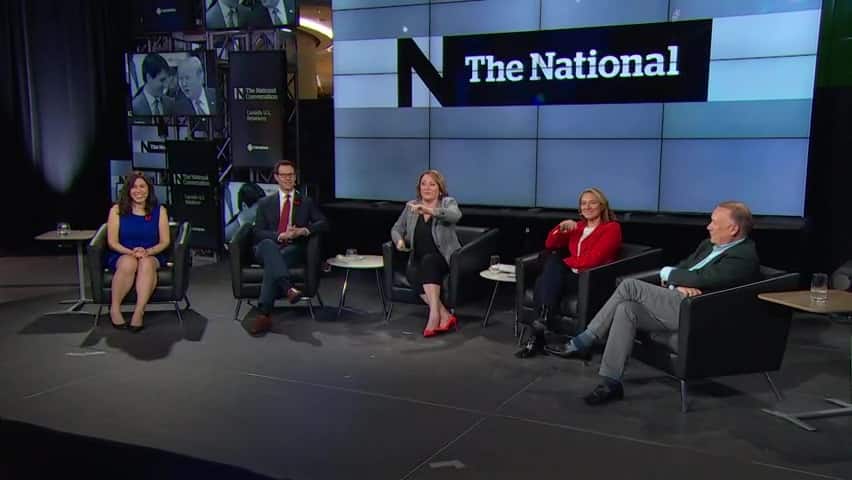 The National Conversation | Canada’s relationship with the U.S.