A new report commissioned by Environment Canada says there's little information about the effects of shale gas development on the environment. 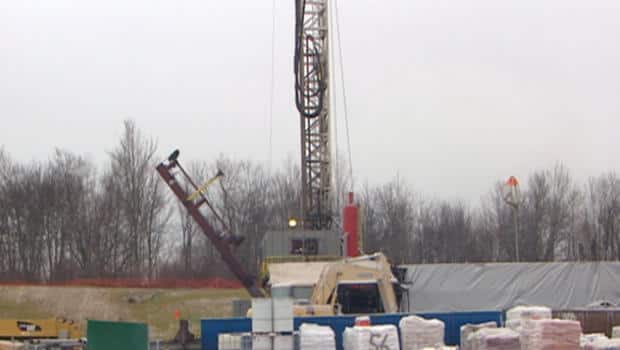 6 years ago
2:25
A new report commissioned by Environment Canada says there's little information about the effects of shale gas development on the environment 2:25

A new report commissioned by Environment Canada says there's little information about the effects of shale gas development on the environment.

The report by a panel of 14 international experts concludes "data about potential environmental impacts are neither sufficient nor conclusive."

So little is known about the long-term impacts of extracting gas by fracturing rock beds with high-pressure fluids that scientists and regulators need to start now to understand how to develop the resource safely and cleanly, according to co-author Rick Chalaturnyk, an engineering professor at the University of Alberta.

In an interview with CBC News, Chalaturnyk said "additional information needs to be collected to better understand and manage those impacts."

In the process called hydraulic fracturing, or "fracking," energy companies inject chemicals and sand deep underground to fracture the rock and free up natural gas.

That gas can leak into underground drinking water, and the report says it's not being properly monitored.

It says the government and industry have to do a better job of tracking the effects.

"For large-scale shale gas development now, I don't think you want to be in a position anymore of just saying, 'trust me, we know what we're doing.' We're past that,"  Chalaturnyk said.

The anti-shale gas protests in New Brunswick last fall are just part of the growing battle over fracking.

The report says proper research is needed to reassure Canadians who are anxious about their health and suspicious they are not getting the full story.

"There is reason to believe that shale gas development poses a risk to water resources, but the extent of that risk, and whether substantial damage has already occurred, cannot be assessed because of a lack of scientific data and understanding," the report says.

The report also draws attention to the potential risk posed by the chemicals used in the process. There's a long list of substances that are added to fracking water and their effects on human and environmental health are unknown, the report says.

"There is only minimal reference literature and no peer-reviewed literature that assess the potential for the various chemicals in hydraulic fracturing fluids to persist, migrate and impact the various types of subsurface systems or to discharge to surface waters," according to the report.

"The lessons provided by the history of science and technology concerning all major energy sources and many other industrial initiatives show that substantial environmental impacts were typically not anticipated," the report says.

"What is perhaps more alarming is that where substantial adverse impacts were anticipated, these concerns were dismissed or ignored by those who embraced the expected positive benefits of the economic activities that produced those impacts."