Ford returns to Queen's Park with call for national unity

"At this critical time I think it's important for Ontario to step up," Ford told the legislature during question period. "Step up, unite the country. I've never seen the country more divided."

The premier said he has spoken with Prime Minister Justin Trudeau and some of his fellow premiers since the election, but didn't explain how he sees himself and the other provincial leaders boosting national unity. 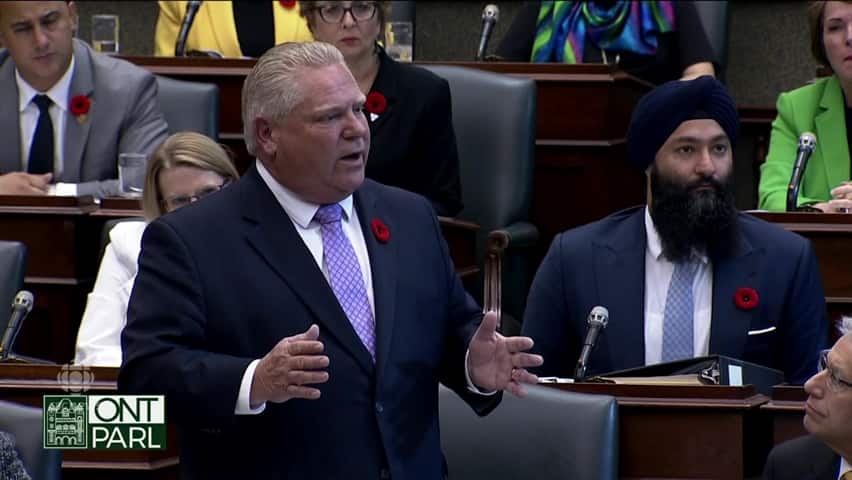 1 year ago
1:30
Ontario Premier Doug Ford makes a call for national unity on his first day back to Queen's Park since the federal election. 1:30

"We can work together across party lines. We'll be looking to all members of the Ontario legislature to reach out to their friends and colleagues in all parties in the minority Parliament," Calandra told host Vassy Kapelos.

Ford said he had a constructive conversation with Trudeau.

He also didn't mention Conservative Party Leader Andrew Scheer. Ford was conspicuously absent from federal Conservative campaign events in Ontario during the election — something many observers attributed to fears that Ford's low polling numbers might drag down the federal campaign.

After holding the Liberals to a minority, Scheer said he plans to stay on as leader of his party.

Ford has said he was too busy to make appearances at the campaign events Scheer held in the Toronto region — including one just a few blocks from Ford's home.

Alberta Premier Jason Kenney, meanwhile, made campaign appearances with Scheer and even campaigned for the Conservatives in Ontario.

The federal Liberals' minority win left them with no MPs in Alberta and Saskatchewan. This, coupled with deep anxiety in the West over the health of the energy sector and a surge in Bloc Quebecois support, has ramped up fears of new national unity crises on two separate fronts.

Ford said he has spoken with the premiers from New Brunswick, Saskatchewan, Alberta and Quebec since the election.

"We all feel the same way. We need to unite this country," Ford said.

With the exception of Quebec Premier François Legault, the premiers Ford mentioned all oppose the federal carbon tax. Both Saskatchewan Premier Scott Moe and Premier Kenney are continuing their opposition, despite the election result.

In August, Ford hinted that he might let Ontario's legal challenge of the carbon tax die after the federal election. But even after a majority of Canadians voted for parties that favour a carbon price, Ford said he still plans to take the challenge before the Supreme Court of Canada.

But Calandra said he doesn't think continuing to fight the carbon tax will hinder Ontario's relations with the federal government, adding that the two levels of government have been able to work together on things like public transit.

"We're not going to allow the carbon tax to define the relationship that we have [with the federal government]," he said.

New Brunswick Premier Blaine Higgs said his government may create its own carbon levy after the Liberals took six of the province's 10 seats.

Ford's government adjourned the legislature in early June and opted to extend the summer break until after the federal election. Typically, MPPs return to Queen's Park shortly after Labour Day. 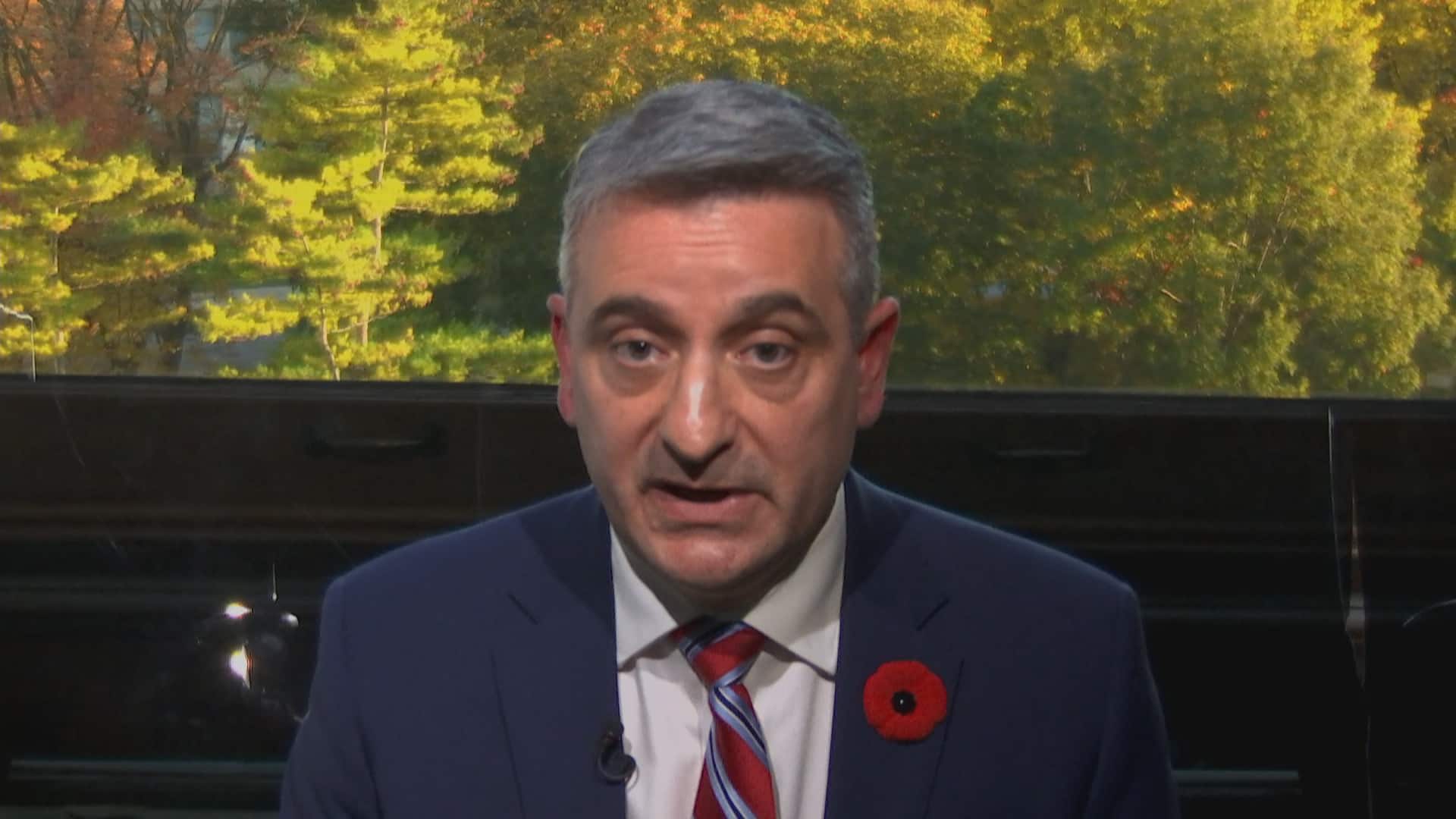 A change of tone at Queen's Park? | Power & Politics