Judy Foote 'not ruling out anything' in Canada Post review

The federal government has appointed a four-member independent panel to conduct a formal review of Canada Post and study a wide range of issues, including whether the Crown corporation should continue with door-to-door mail delivery. 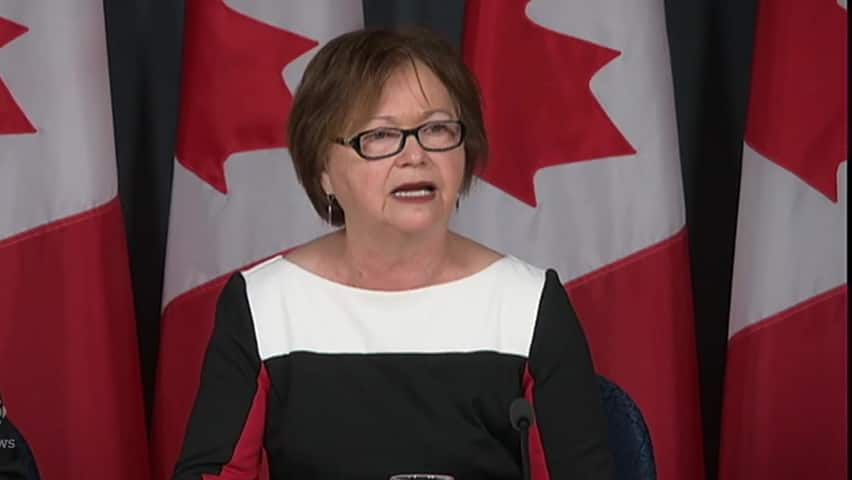 5 years agoVideo
2:40
Public Services and Procurement Minister Judy Foote says they are launching an independent review of Canada Post that will inform the government about everything including home delivery. 2:40

The federal government has appointed a four-member independent panel to conduct a formal review of Canada Post and study a wide range of issues, including whether the Crown corporation should continue with door-to-door mail delivery.

On the heels of that, a parliamentary committee will also hear what Canadians want from their national postal system, aiming to report back to Parliament by the end of 2016.

The federal Liberals campaigned on a promise to "stop Stephen Harper's plan to end door-to-door mail delivery in Canada." The platform said a Liberal government would "undertake a new review of Canada Post to make sure that it provides high-quality service at a reasonable price to Canadians, no matter where they live."

Public Services Minister Judy Foote said at a news conference Thursday that she isn't ruling anything out. Foote said the Liberals campaigned on restoring home delivery, but in what specific format is another question.

"The government wants to hear from citizens about their needs and expectations of postal services. Canadians must have a say in any major decisions about the future of Canada Post," Foote said, adding that the review would also value the input of Canada Post employees.

"I'm not going to prejudge the outcome of either the task force report or the review of the parliamentary committee," Foote said.

A week after the new Liberal government was elected on Oct. 19, Canada Post temporarily suspended the conversion from door-to-door delivery to community mailboxes.

"Some Canadians will always have community mailboxes," Foote told reporters when asked about the potential for unequal service levels across the country. New subdivisions, for example, are served with roadside mailboxes.

The minister said she didn't know the cost of fully restoring home delivery.

Foote said that she sees this process as non-partisan and hopes the review is taken out of the realm of party politics.

Although Canada Post's changing business model has been studied previously, the minister said this process would be different because it's open and transparent as well as evidence-based.

The task force is expected to complete an interim report by the end of summer, and will have until the end of the year to submit its final recommendations to the minister.

Its four members are:

Foote dismissed a question about Hoeg's professional involvement with Shoppers, which hosts postal outlets, saying that she had no issue and anticipated no concerns with this aspect of her background.

In the review's second phase, MPs on a parliamentary committee will take the options identified by the task force and "consult Canadians widely" to ensure they can contribute to the discussion. The committee will then prepare recommendations for the minister.

"We want to hear from as many people as possible," Foote said. A website and social media campaign will provide regular updates and ways for Canadians to share their views.

"Canadians will let us know what they want."

Privatization is not on the table with this review, the minister said. She also said the review wasn't about buying time.

The current president and CEO of Canada Post, Deepak Chopra, will continue in his role. The minister said both he and the current board of the corporation had a lot to offer this process.

But the independent panel could also examine whether the national letter carrier should get back into the banking business, something postal unions have advocated as a way for Canada Post to make money.

The postal service ditched its financial offerings in 1968, but the Canadian Union of Postal Workers argues that re-introducing banking at the agency's more than 6,500 outlets could generate revenue that's been lost as fewer people send letters.

"We're not ruling out anything," the minister said. "When we talk about lines of business it could be anything as well as in terms of services as long as the services are what Canadians need and can be provided at a reasonable cost." Foote said Canada Post must be self-sustaining. 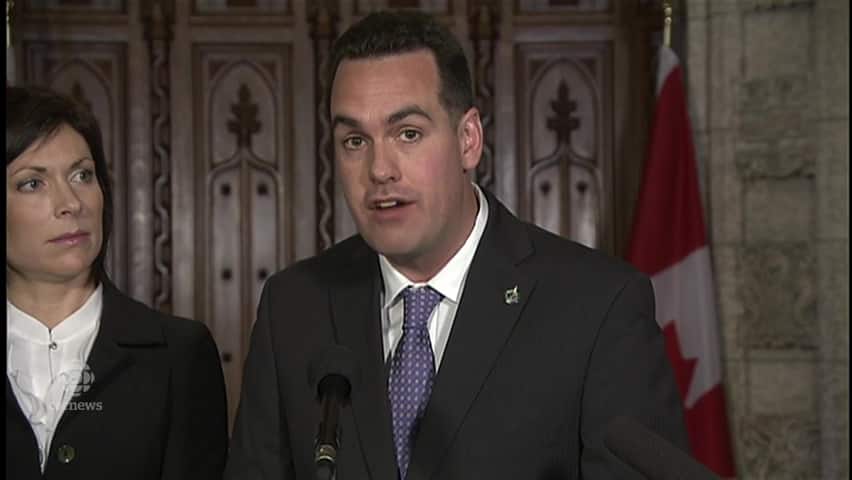 5 years agoVideo
0:29
NDP MP Erin Weir recats to the governments announcement that it will be holding an independent review on Canada Post. 0:29

Postal workers held rallies Thursday in support of postal banking services. In a statement, the Canadian Union of Postal Workers said post office banking is widespread elsewhere in the world and could "improve financial services for rural, remote and low-income residents as well as loosening the grip of payday lenders like Money Mart."

"This government has a historic opportunity to reinvent Canada Post," union president Mike Palecek said. "We've got more outlets than Tim Hortons, we've got the biggest retail network in Canada, and we deliver everywhere in this country. Imagine what we could do with these assets."

The union is suggesting expanded features for seniors, including a program to monitor elderly or disabled people in their residences, as well as the restoration of Food Mail for Northern communities. It also favours installing community charging stations for electric cars at post offices and replacing postal vans with electric fleets.

Backing away from election pledge?

Seniors' groups and advocates for the disabled cried foul when Canada Post announced its controversial plan to phase out home mail delivery and switch millions of Canadians over to community mailboxes.

NDP critics Karine Trudel and Erin Weir said these groups were not well represented in the makeup of the task force announced Thursday.

The MPs said postal banking might be a good way to use the network of postal offices across Canada to generate revenue to support services like home delivery.

"The key point today is that the prime minister did promise to restore home mail delivery and is using this review to get away from doing that," Weir said. 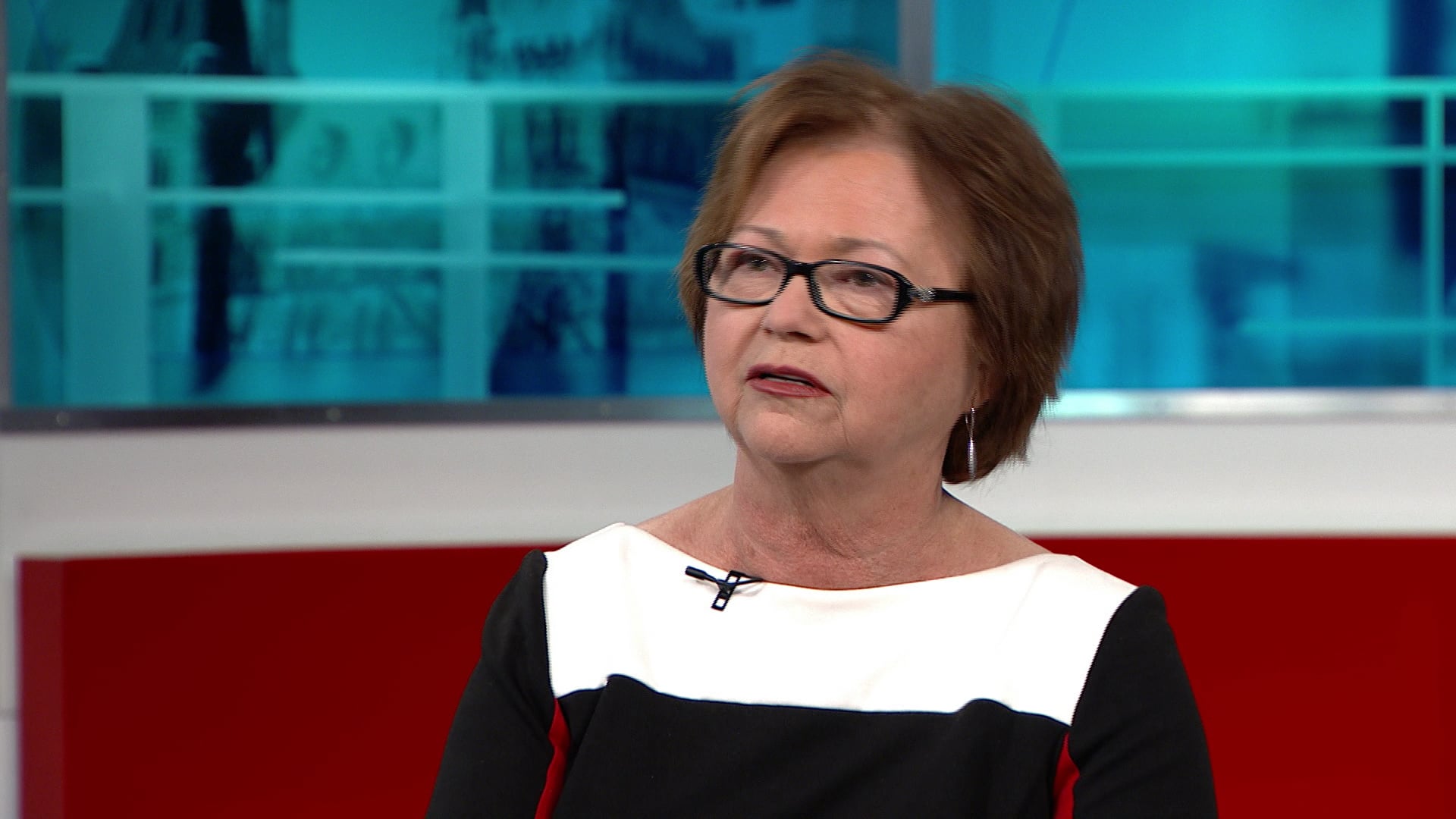 5 years agoVideo
9:12
Minister of Public Services and Procurement Judy Foote responds to accusations that the Liberals have broken an election promise to restore door-to-door mail delivery. 9:12

With files from Radio-Canada's Louis Blouin, The Canadian Press