The federal government rolled out proposals Friday for new package labels for foods high in saturated fat, sugar or sodium, but will exempt some products, including milk.

The proposed new labels are meant to encourage consumers to avoid binging on foods linked to chronic health problems like obesity and high blood pressure. 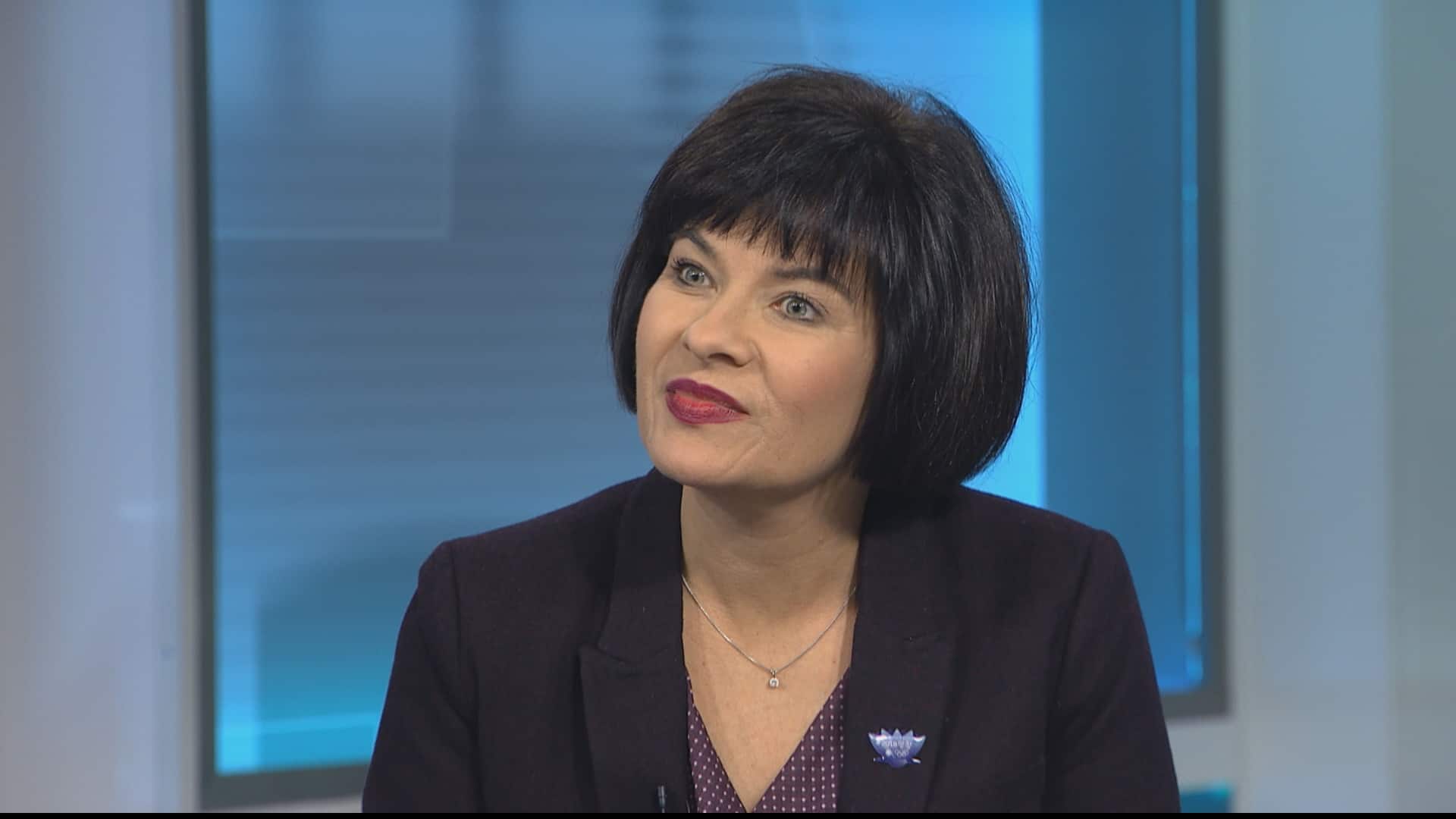 3 years ago
7:03
'It's a part of the solution,' Health Minister Ginette Petitpas Taylor says of new food label guidelines. 7:03

Health Canada has launched online public consultations and is conducting consumer research later this year to settle on which of the four proposed label designs it will use.

Products are to be labelled according to the amount of sugar, sodium or saturated fat per serving. Any product that includes more than 15 per cent of the daily recommended intake of each ingredient will get a label.

The label is meant to make "choosing the healthier option the easier option," Petitpas Taylor told a media conference Friday.

Health Canada estimates that roughly half of all packaged foods would require the label.

Despite being high in certain saturated fats, two per cent and whole milk will be exempt from the labels because of their proven nutritional benefits.

Salt, sugar, honey and maple syrup — products with naturally high levels of sugar or sodium — will be exempt to avoid redundancy. Raw fruits, vegetables and meat will also be exempt.

Food processors and manufacturers will be required to display the labels on the front of packages, near the top.

"Parents would be able to spot the most sugary products, even as they race down the aisle with their children," Petitpas Taylor said.

The regulations will come into effect later this year, but manufacturers will have until 2022 to comply with them — either by adding the labels or by lowering the sugar, sodium or saturated fat content in the products.

Food manufacturers welcomed the decision made by the federal government.

"[We share] the government's concerns for public health and [are] committed to working in collaboration with them to support and empower Canadians to make the choices that are right for them and their families," said Michi Furuya Chang of the Food and Consumer Products of Canada in a news release.

Health Canada has not settled on how the labels will look on the packaging. The department showed off four proposed designs on Friday.

Some of those proposed designs include icons: a magnifying glass to encourage consumers to look closely at the product's contents, or an exclamation point indicating a high sugar, sodium or saturated fat content. Other options merely warn of "high levels" of those ingredients, in red or black type.

The decision to include packaging labels was praised by several medical organizations, while others said it did not go far enough.

The labels will "provide Canadians with key nutritional information and help them make better-informed and healthier choices about what they eat each day,"  CPHA Executive Director Ian Culbert said in a media release.

The Heart and Stroke Foundation agreed.

"Adding a clearly visible and easy to understand symbol on the front of unhealthy food and beverage packages will help steer people away from these products and support them to make healthy choices," said CEO Yves Savoie in a media release.

But others suggest the labels won't be as effective as they could be. According to documents obtained by CBC News, one early label concept was a graphic of a stop sign. That label didn't make the final cut.

"This exclamation mark or this magnifying glass ... don't carry the same impact that a black stop sign-shaped symbol would have carried," Dr. Yoni Freedhoff, director of the Bariatric Medical Institute, said in an interview with CBC News.

Freedhoff said he would like to see packaging regulations go further — for example, by banning the use in food packaging of cartoon characters that entice children — but conceded today's announcement was a step in the right direction.