Transport Minister Marc Garneau said today that pushing for compensation for the families of Canadians killed when Ukraine International Airlines Flight PS752 was shot down a week ago in Iran is a priority for the federal government.

Canadian transportation investigators and consular officials are in Iran this week

Transport Minister Marc Garneau said today that pushing for compensation for the families of Canadians killed when Ukraine International Airlines Flight PS752 was shot down a week ago in Iran is a priority for the federal government.

"One of the requirements from Canada's point of view, along with justice, is compensation. Compensation to be provided by those that stand guilty of playing a role in this tragic accident. But let's do the homework first," Garneau told a news conference in Ottawa this afternoon.

"While we can't bring back their loved ones, we can make sure that they receive compensation to help them navigate this difficult time."

Liberal MP Omar Alghabra, who has been tasked with working directly with the victims' families, said the government also is providing financial supports to those affected and options for further financial supports are being considered.

For starters, Immigration, Refugees and Citizenship Canada is waiving and reimbursing all visa and immigration-related fees for those affected by this tragedy. The department also is expediting requests for visa and other required travel documents, said Alghabra, parliamentary secretary to the prime minister.

Alghabra was asked today if the federal government is considering offering the family members a form of interim compensation while they wait for a proper compensation claim to be settled with Iran.

"We are actively exploring these options and we hope a decision will be made in short order," he said.

Alghabra said the government is offering legal assistance to families as well.

"We are working hard to provide legal resources to grieving families," he said. "Families should not feel pressured into making legal claims immediately while they are in mourning and attending to the returning of remains of their lost ones and funeral arrangements." 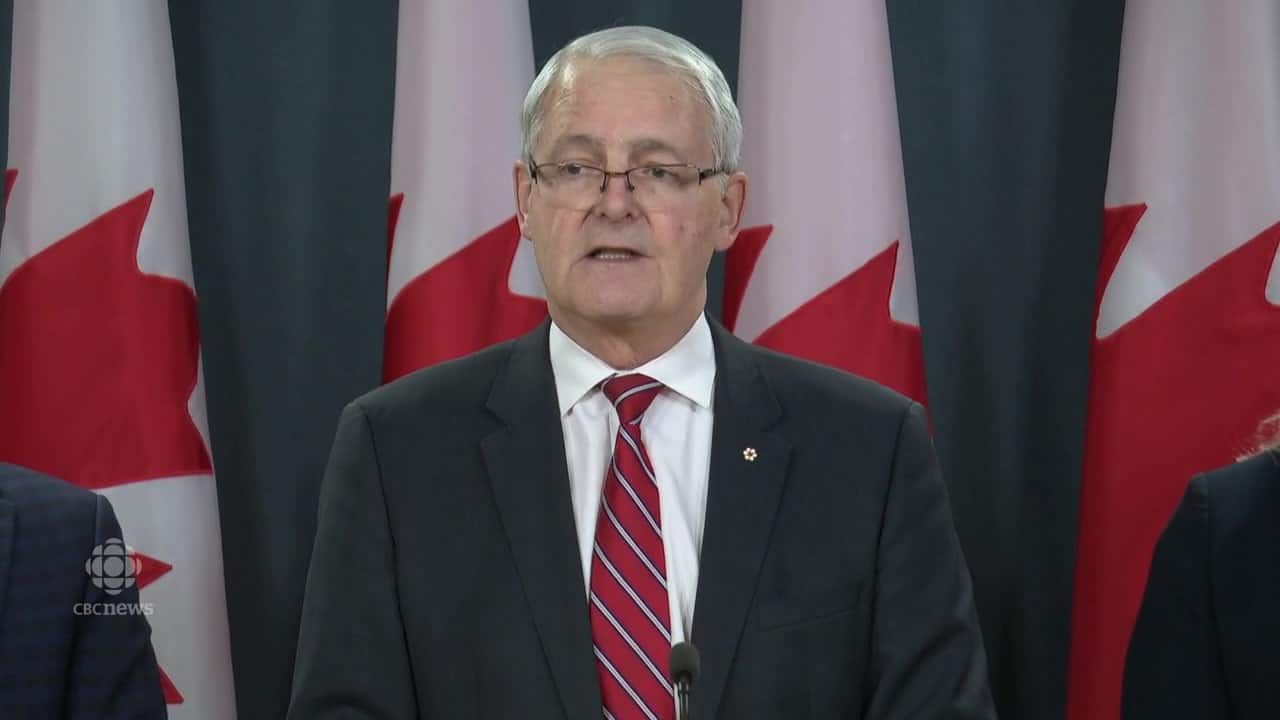 1 year ago
0:47
Transport Minister Marc Garneau says Canada is pushing for access to all areas of the investigation into Iran’s shooting down of Flight 752. 0:47

After days of denial, officials in Tehran admitted last week that Ukraine International Airlines Flight PS752 was shot down unintentionally by Iranian missiles. Canadian transportation investigators and consular officials are in Iran this week as the investigation into the crash gets underway.

Foreign Affairs Minister François-Philippe Champagne tweeted this morning that consular officials are reaching out to banks and insurance companies to help the families of the victims, and have reached out to airlines to begin discussing their travel to and from Iran. 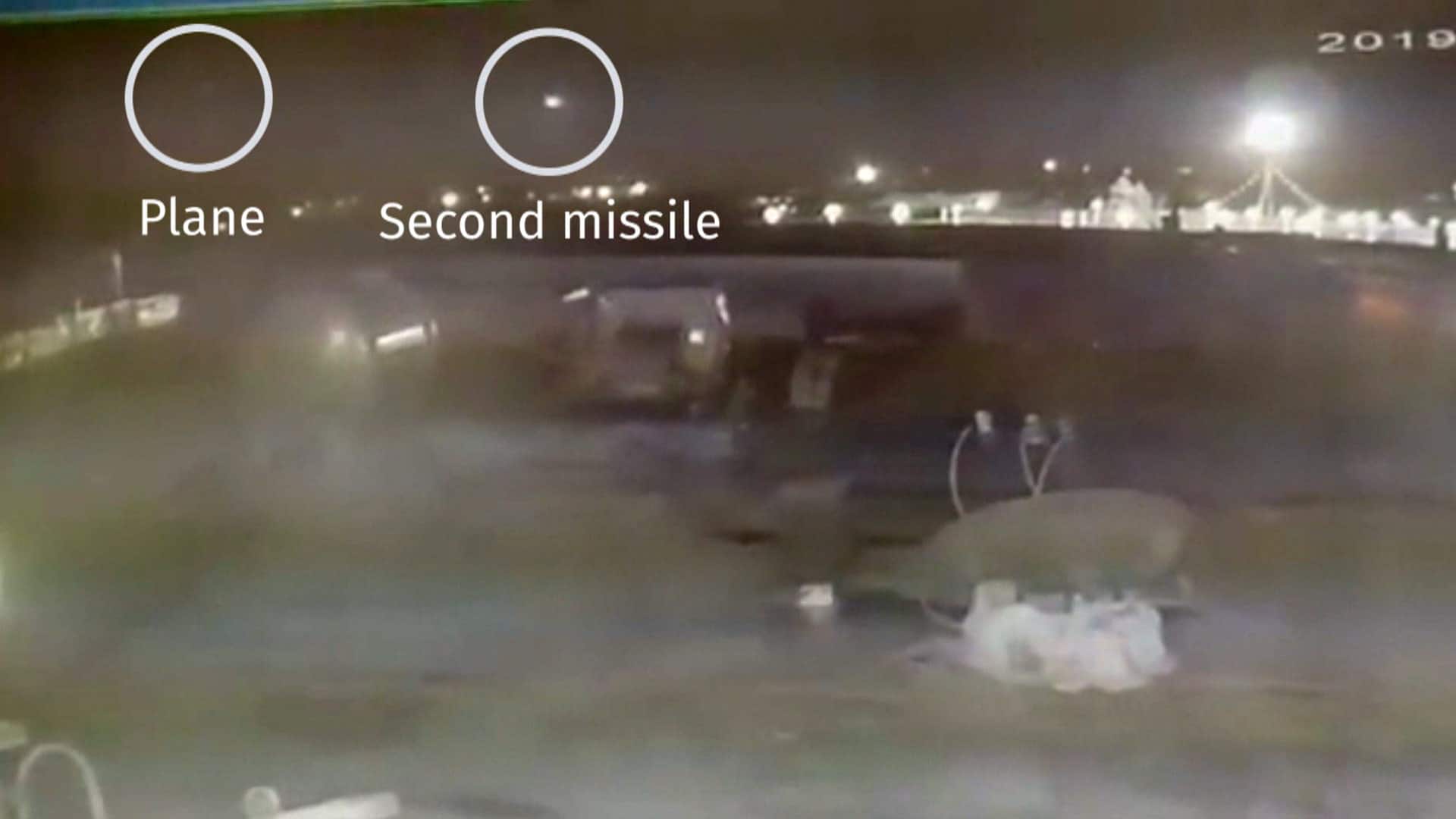 1 year ago
0:42
WARNING: Some viewers might find this disturbing. A new video uploaded to YouTube from Iran that appears to show the moment Flight PS752 was hit by two missiles. CBC has not indepedently verified the video, but the New York Times reported it has confirmed the video is security camera footage that shows two missile striking the airliner. 0:42

Garneau said Canada is still seeking official status in Iran's investigation, which would allow Canadian officials to take part in the analysis of the flight recorders' data.

After Garneau's press conference, the Transportation Safety Board of Canada issued a series of tweets saying Canada's desire to participate in the investigation is focused on aircraft safety — not on any future court proceedings.

Today's update in Ottawa came as Canadian officials and other international allies prepared to meet in London Thursday to push Iran for justice for the families of the victims.

Iran's judiciary spokesperson Gholamhossein Esmaili said earlier this week that "extensive investigations have taken place and some individuals are arrested."

His statement on the judiciary's website did not name the arrested individuals or say how many had been detained.

Meanwhile, a new video uploaded to YouTube from Iran appears to show the moment Flight PS752 was hit by two missiles. CBC has not independently verified the video, but the New York Times reported it has confirmed the video is security camera footage that shows two missiles striking the airliner. 'No Canadian has been repatriated yet," says Alghabra.

1 year ago
0:28
Parliamentary Secretary to the prime minister, Omar Alghabra, says Canada will do everything it can to help families bring home the remains of their loved ones. 0:28

The plane crash happened just hours after Iran launched air strikes against two military bases in Iraq where U.S. forces, and some Canadians, were stationed. The attack was ordered in retaliation for the Trump administration's targeted killing of Iran's top general, Qassem Soleimani, the week before.