Despite a global manufacturing slump and rising world trade tensions, Canada’s economy is “sound and growing,” according to an economic update delivered today by Finance Minister Bill Morneau. The report also shows the federal government running higher deficits in the short term.

Update shows deficits for next 5 years, with no sign of a planned return to balance

Despite a global manufacturing slump and rising world trade tensions, Canada's economy is "sound and growing" at a solid pace, according to an economic update delivered today by Finance Minister Bill Morneau.

The update contains little in the way of new spending beyond what has been announced already.

But pension and benefits adjustments due to changing long-term interest rates, a new revenue-sharing deal on Hibernia and the recently passed tax cut, among other costs, are driving up the deficit.

The deficit is pegged to rise to $26.6 billion for the current year — up from $14 billion last year, and up from the $19.8 billion projected in the spring budget. It's projected to fall to $11.6 billion by 2024-2025, with the size of the debt relative to the economy remaining flat for the next few years. 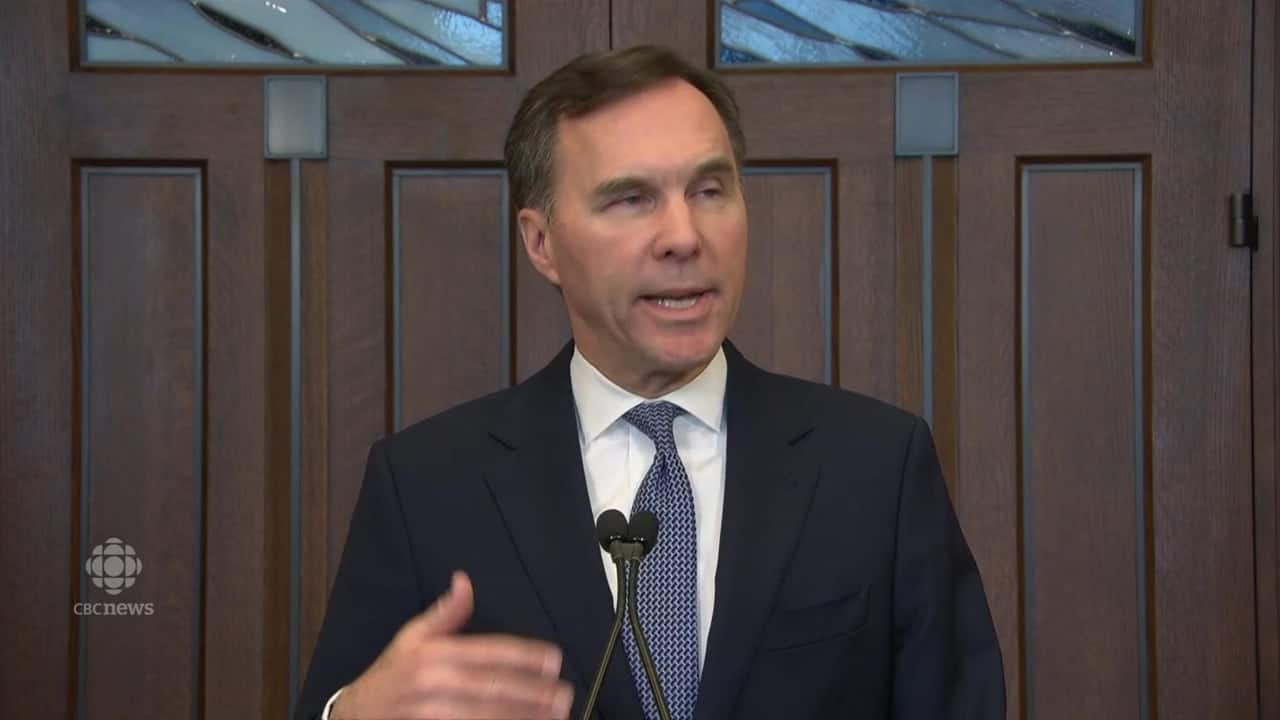 Morneau on his Fiscal Update

In a news conference on Parliament Hill, Morneau defended the plan to carry ongoing deficits, saying it's necessary to ensure Canadians reap the benefits of a strong economy, including the residents of Alberta, Saskatchewan and Newfoundland and Labrador who are experiencing economic anxieties.

"We know that in order to ensure we continue on this positive trajectory, the strong economy that we've seen, the very strong employment numbers, that we should be continuing to invest at an appropriate level, and that's what we are doing with this economic and fiscal update and with the campaign that we ran on," he said.

The update shows an increase of nearly $10 billion in spending since the spring budget, including nearly $5 billion for employee pension and benefits adjustments, nearly $2 billion for a new revenue agreement on the Hibernia oil project in Newfoundland and Labrador and millions in compensation for dairy farmers harmed by new trade deals.

The government announced a $1.75-billion compensation package for dairy farmers in August, of which $345 million was to be paid out in the first year.

Some of the government's spending is offset by $1.7 billion in increased tax revenue.

Nearly 400,000 new jobs have been created so far in 2019 — Canada's strongest rate of growth since 2007, according to the Department of Finance.

But not all parts of the country are experiencing the benefits of that growth; Canada's oil-producing provinces are still feeling the pinch.

"These challenges are expected to persist until major projects, such as the Trans Mountain and LNG Canada (pipelines), are completed."

The economic update also earmarks an extra $69 million for compensation payments to provinces for costs associated with asylum seekers entering the country outside of official border points, such as interim housing, social assistance and education.

The update also points to the positive impact of immigration on the country's economy. Since 2015, immigrants have accounted for three-quarters of population growth, resulting in Canada's population growing at its fastest pace in 20 years, and much faster than that of the other G7 economies.

Asked if the government is prepared to respond to a possible recession, Morneau said it is prepared "for all eventualities."

"What we're facing now is the prospect of a made-in-Canada recession," he said.

"When we went into the last downturn in 2008, Canada led the pack. We were the last into the recession and the first out. It looks like this time that Canada could be in the worst position of our competitors going into the troubled waters ahead." 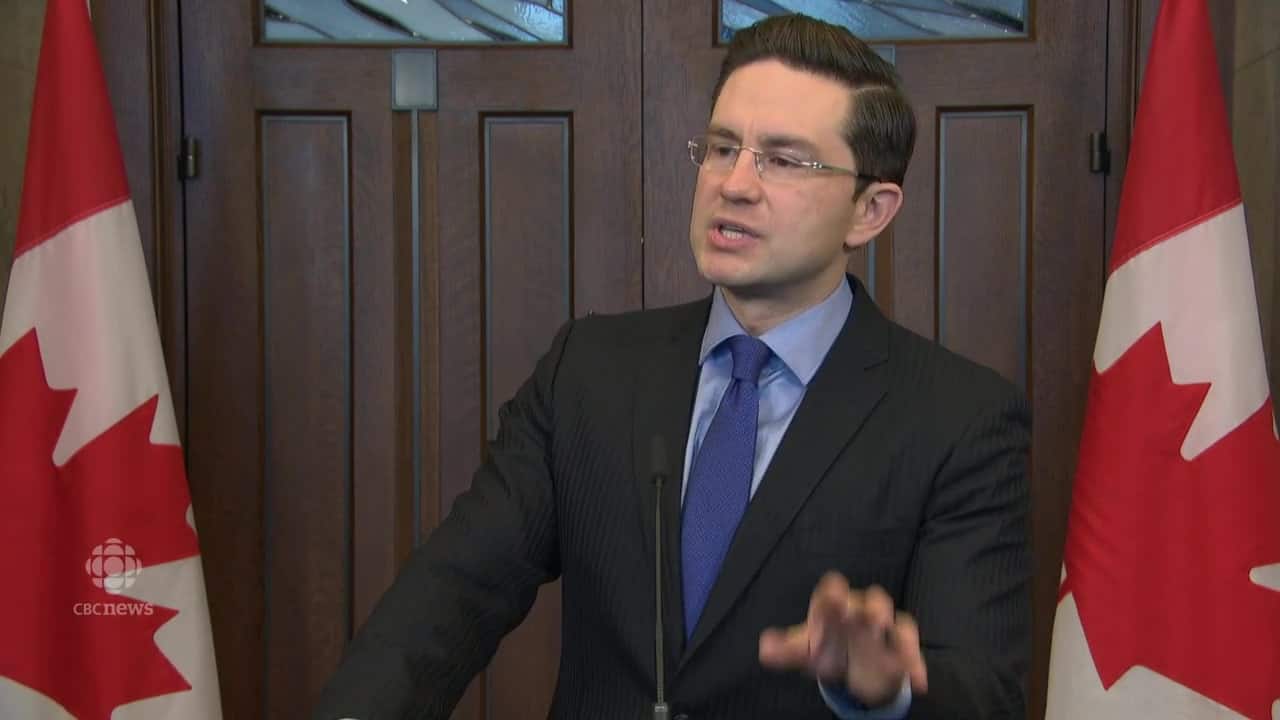 NDP finance critic Peter Julian said he was "profoundly disappointed" by the update.

"It's surprising how weak this economic update is when you contrast it with how readily the Liberal majority government was willing to give billions of dollars to Canada's biggest corporations when they were in power," he said.

"Now in a minority Parliament they should be thinking about regular families and communities and they seem to be ignoring that."

The Canadian Chamber of Commerce is also disappointed with the update, noting that it does little to help the businesses that are the drivers of the economy. Chief economist Trevin Stratton said the update makes deficits an" enduring fixture" of the fiscal plan and leaves untenable levels of debt to future generations.

"Our perpetual structural deficit will put Canada in a difficult position to use fiscal stimulus should it be required in the event of a widely expected global downturn. Should a foul economic wind blow at anytime in the next four years, this fiscal house of cards will inevitably fall," he said in a statement.

Some highlights of the economic update

Economic growth: GDP growth after inflation projected to be 1.7 per cent this year and 1.6 per cent in 2020, second only to the U.S. in the G7 — no change from the spring budget. Outside experts are not predicting a recession.

Deficit: Projected to be $26.6 billion (including $1.5 billion for "risk") — a jump of $6.8 billion from the spring budget mostly due to pension and benefit adjustments, a new revenue agreement with Newfoundland and Labrador on Hibernia, compensation for dairy and canola farmers and the recently passed tax cut. Higher expenses were offset by $1.7 billion in higher tax revenues.