A surge in applications is putting pressure on the First Nations Technical Institute, a flight school aimed exclusively at Indigenous students.

A flight school aimed exclusively at Indigenous students is under financial pressure following a surge in applications.

The First Nations Technical Institute on the Tyendinaga Mohawk Territory, near Belleville, Ont., has operated a flight program for First Nations, Métis and Inuit students since 1989.

Enrolment in the program had dropped off in recent years, but the numbers have rebounded after the school put more efforts into marketing and outreach to youth on social media.

"Our students, once they solo, it's on Facebook, it's on Twitter. And then other First Nations youth see that, and they realize that it's a possibility," said Jo-Anne Tabobandung, the school's chief flight instructor.

"We've seen such an increase that we're limited to the number of students that we can bring in to the program. So, we have more applications than seats to offer."

The school says it has received nearly 60 applications for the coming school year, but will have to cap the number of new students at 10.

The institute, which runs its provincially funded flight school in conjunction with Canadore College in North Bay, Ont., heavily subsidizes the flying lessons of its students. Higher enrolment means more maintenance for the school's planes, more time in the air for instructors and higher costs for the school.

"When you're in a plane, there's only one instructor with one student, so that means more instructors are required," said Suzanne Brant, president of the First Nations Technical Institute.

"Plus more services, more supports. You know, all of those things increase with the number of students that are there."

Brant estimates the aviation program is already running a deficit of $200,000. Tuition from other programs, she said, is being used to cover those extra costs. 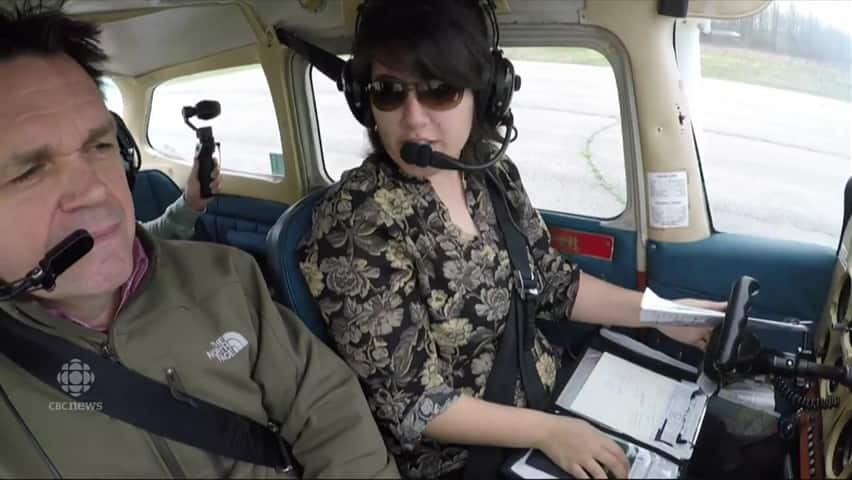 Brants said the school may eventually have to charge aviation students more for their courses, though no decision has been made on that just yet.

"We need pilots. We need pilots in the North. We need to have our Aboriginal, Indigenous pilots flying, so we will do whatever we have to, to keep that program going," Brant said.

The First Nations Technical Institute nearly shut down a decade ago when the federal government slashed its funding. The Ontario government stepped in to keep the school's doors open.

The province announced in its last budget it would increase funding to the province's nine Aboriginal institutes to $56 million over three years.

While Brant is happy with the new provincial money, she said her school is lobbying Ottawa for new program funding as well as infrastructure money to build a new main campus.

The aviation school, which is based at an airport that served as a military training base in the First World War and Second World War, is also in need of a facelift. School administrators said they would also like to replace student housing at the airport, which consists of portable trailers.

Despite the somewhat rustic conditions, students have no complaints about the program, which they say is preparing them well for a career in aviation.

"I feel like I'm ready to go out in the world based on what they've taught us," said Aaron Hill, from the Six Nations Reserve in southern Ontario, who is graduating from the flight school this year.

"I say it's a wonderful program."

Vanessa Brown, another student who's about to graduate, said the school helped her achieve a dream she had growing up in Labrador.

After three years of study, Brown has lined up a job as a flight planner for a small airline in Manitoba, a position that takes her closer to her ultimate goal of working as a medevac pilot.

Brown hopes she and her fellow students can set an example for other Indigenous youth.