Premiers have pushed back on a federal plan to levy an excise tax on cannabis and split the proceeds equally, saying provinces will have to bear much of the financial burden of legalizing the drug and thus should reap more of the financial windfall.

Premiers have pushed back on a federal plan to levy an excise tax on cannabis and split the proceeds equally, saying provinces will have to bear much of the financial burden of legalizing the drug and thus should reap more of the financial windfall.

Prime Minister Justin Trudeau said Tuesday during the closing news conference of the first ministers meeting that Ottawa proposed an excise tax of $1 per gram of cannabis for pot sales up to $10, rising to 10 per cent of the total price for pot selling at a higher price point.

The proceeds would be split evenly, with 50 per cent kept in federal coffers and the other 50 per cent sent down the line to the provinces. Provinces would still be permitted to impose their own levels of taxation on the drug.

"I think it reminds me a little bit of the two salesmen who are having a vicious argument about the commission split on a deal they haven't done yet. We don't really know what the ramifications of this are — this is a historic change, we don't know the real cost," Pallister said.

Nova Scotia Premier Stephen McNeil and Ontario Premier Kathleen Wynne were quick to say the proposal was just a "first step," an initial offer from the federal government that they will take back for review. 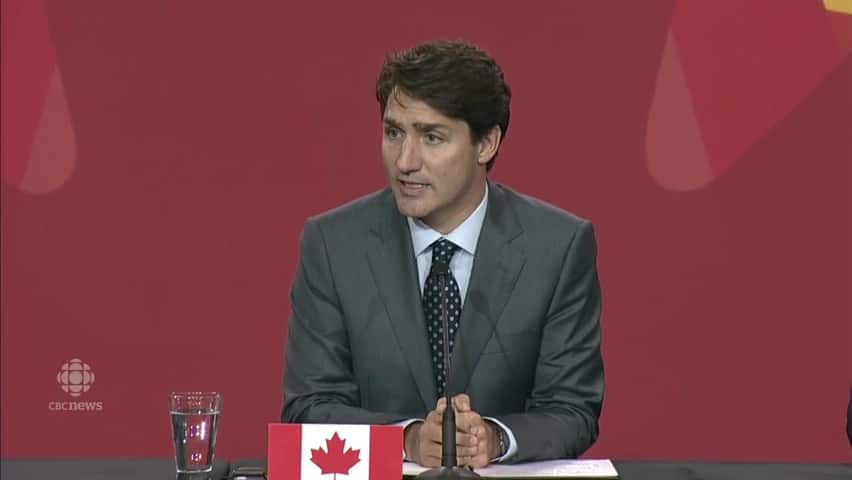 Trudeau and Pallister on a pot tax split

3 years agoVideo
1:11
Prime Minister Justin Trudeau and Manitoba Premier Brian Pallister share their views on how any tax revenue should be divided between Provinces and the Federal Government 1:11

Trudeau said tax revenues from pot are a secondary concern to shutting down the black market and bolstering public safety, but he is open to hearing provincial concerns.

The Parliamentary Budget Office estimated last year that tax revenues from cannabis would be in the hundreds of millions a year initially and could grow.

Some of the provinces have also been expressing concerns about the tight timeline for legalization.

Pallister said there are still too many uncertainties about how that will work, and said he repeated his call for the Liberals to back off the July 1 deadline.

While Trudeau convened the first ministers meeting in Ottawa hoping to discuss Indigenous reconciliation and NAFTA, premiers forced cannabis and changes to the small business tax regime onto the agenda, two topics that dominated the day's discussion.

Early in the day, Pallister, a Progressive Conservative, accused Finance Minister Bill Morneau of fomenting "class warfare" with his tax proposals. He said the federal Liberals are unfairly targeting small business owners by tweaking rules around income sprinkling and curtailing passive investments — a tax-planning measure some use to shelter money earmarked for retirement.

"The federal government needs to pull back on its rather misguided proposition that we should have class warfare in our country between small family-run businesses and everyone else. That doesn't make any sense," Pallister said.

He said the federal Liberals have already "poisoned the water" by using words like "loopholes."

"That has just really created a backlash, and a sense of frustration, and disrespect has permeated the whole dialogue. I mean, these are 40-year-old tax rules; people who abided by them for that length of time shouldn't have their integrity impugned with the implication they're somehow cheaters or tax evaders. That's not right or fair," Pallister said. 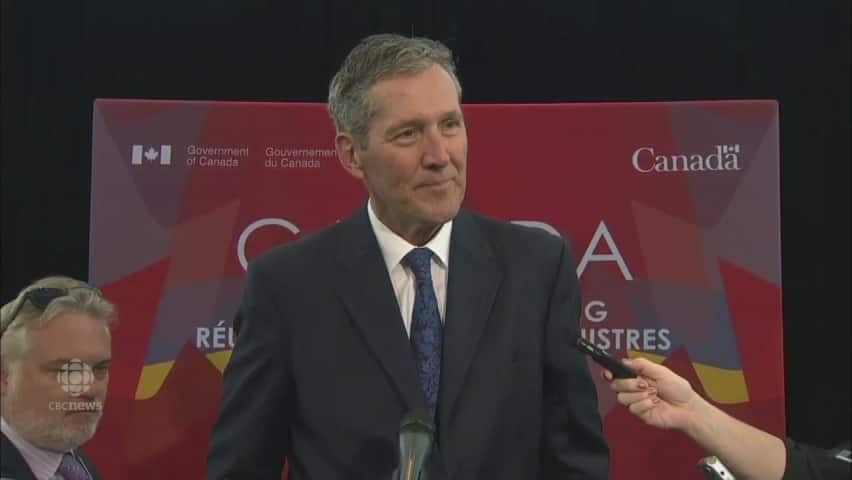 Premiers also had a chance to hear from Morneau directly. The minister maintains some wealthier Canadians are using the tax code to their advantage — by parking investments like stocks and real estate in their business — and are thus simply not paying their fair share.

McNeil said Morneau was reassuring Tuesday, promising the changes will not affect family farms passed on to the next generation or women. Female physicians have said they rely on current income sprinkling rules to keep a spouse at home to look after the children while they build their practice.

"What I've heard in B.C. from small business operators is that this came as a bit of a bolt out of the blue, but I've also heard from regular people saying if people aren't paying taxes, that isn't fair. I think the finance minister has a challenge now to find that sweet spot."

'First Nations are being held hostage'

The first item on Tuesday's agenda was a meeting with Trudeau and the three Indigenous leaders representing Canada's First Nations, Métis and Inuit people.

"The first ministers meeting is just nothing but words. Again, we were shuffled out of the room," Isadore Day, the Ontario regional chief, told reporters after the session.

"We will continue to see this if the system doesn't change."

The prime minister has tasked Crown-Indigenous Affairs Minister Carolyn Bennett with penning more self-government agreements, and devolving service delivery to individual First Nations. (Bennett recently negotiated a landmark deal on education with the Anishinabek Nation in Ontario, something the government hopes to replicate in other jurisdictions.)

But Day said Quebec Premier Philippe Couillard was reluctant to talk about First Nations rights and title — and signing more self-government agreements — without first opening up the Constitution.

Couillard has signalled he wants Trudeau to hold a round of constitutional talks to finally secure Quebec's signature on the document. Trudeau has panned the idea.

Day said Indigenous people shouldn't be caught in the constitutional crosshairs as a battle plays out between the federal government and Quebec.

"First Nations are being held hostage," he said. "This is unacceptable at this day and age, and at this stage of the relationship. If I can paraphrase the late, great Tom Petty, we're not going to back down. We're going to stand our ground. This is about land and resources." 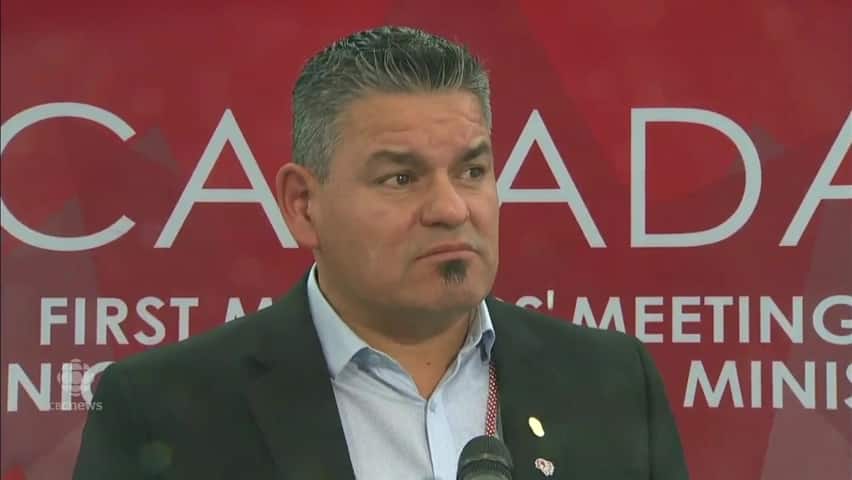 He said Indigenous Peoples should be given an ownership stake in major natural resource projects, and federal dollars should be directed at skills training programs so that young First Nations people can play a role in the mainstream economy.

"Those resources are on our ancestral land and territories … it makes more sense now to get us involved," he said.

Bellegarde said he simply saw a lot of "head-nodding" from provincial leaders.

Rounding out the agenda Tuesday, Foreign Affairs Minister Chrystia Freeland and David MacNaughton, Canada's ambassador in Washington, gave the premiers an update on the relationship with the U.S. following the third round of negotiations for the new North American Free Trade Agreement.

The premiers also heard from Anil Arora, head of Statistics Canada, and Stephen Poloz, governor of the Bank of Canada.