Finance Minister Bill Morneau said today that he cut a cheque for over $41,000 to repay travel expenses incurred by the WE organization related to two 2017 trips his family took with the organization.

Finance Minister Bill Morneau is facing calls to resign after telling MPs that he cut a cheque for over $41,000 to repay travel expenses incurred by the WE organization related to two 2017 trips his family took with the organization.

Morneau said he wrote the cheque today — prior to going before the House of Commons finance committee to answer questions about his government's decision to task WE with administering a $912-million student volunteering program.

Morneau said that after conducting a review of his family's finances in recent days, he found documentation confirming that he already had repaid $52,000 in expenses for hotels and flights related to the trips to Ecuador and Kenya to view the organization's humanitarian work — but failed to locate receipts related to the WE programming he and his family members participated in during the trips.

After reaching out to the WE organization to learn the total amount of expenses WE incurred, Morneau said, he had his assistant write a cheque for $41,366.

"I expected and always had intended to pay the full cost of these trips, and it was my responsibility to make sure that was done," Morneau told MPs on the committee.

"Not doing so, even unknowingly, is not appropriate. I want to apologize for this error on my part."

Morneau also said his family has made two donations totalling $100,000 to the We Charity — one in April 2018 and one in June of this year — to support the charitable organization's work with students in Canada and for COVID-19 relief in Kenya, respectively.

"The work that WE and organizations like them do is important to me," Morneau said.

The revelations come as the Liberal government is under fire for its close ties to the charity organization it chose to administer its student volunteer program, the Canada Student Service Grant (CSSG).

Neither Morneau nor Prime Minister Justin Trudeau — who also has family ties to WE — recused themselves from cabinet discussions on awarding the contract, which would have seen WE receive more than $43.5 million to oversee the program.

The decision to give WE sole responsibility for the program has been widely criticized since it emerged that the organization has paid Trudeau's mother and brother hundreds of thousands of dollars in speaking fees, and that Morneau's daughter is employed by WE's travel division.

Both Morneau and Trudeau are being investigated by the federal ethics watchdog for possible violations of conflict of interest rules. 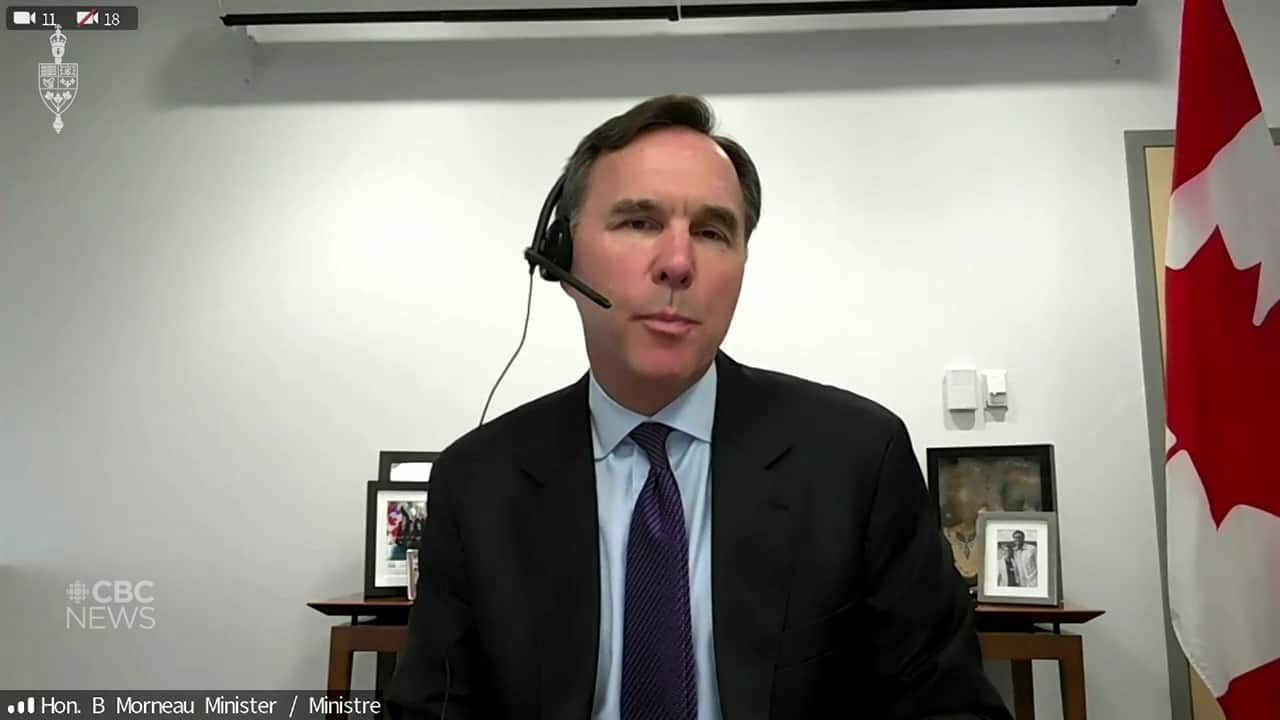 Bill Morneau says he paid back WE Charity expenses

Conservative finance critic Pierre Poilievre said Canadians will find it hard to believe that Morneau didn't know about thousands of dollars of travel expenses the organization covered — particularly since he's a cabinet minister forbidden from accepting such a benefit.

"We know that this is illegal. We know that you ought to have recused yourself," Poilievre said, referring to the decision on the student grant program.

He then called on Morneau to resign.

"Minister, you've lost the moral authority to hold your office." 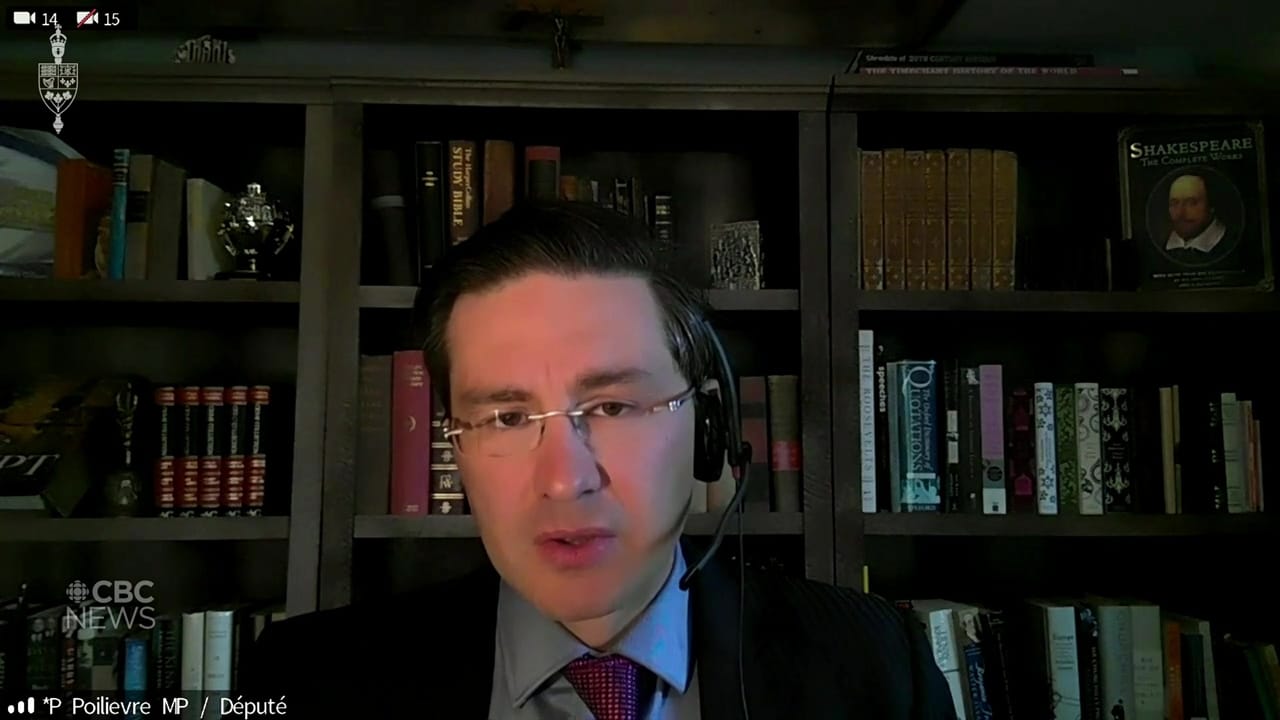 7 months agoVideo
3:35
'Minister you have lost the moral authority to hold your office. It is the position of Her Majesty's Loyal Opposition that you resign. Will you resign.' 3:35

WE Charity says it invited the Morneau-McCain family on the trips to see the "impact of its development projects" that they funded.

"WE Charity extended the invitation to Nancy McCain and Bill Morneau because they are well-known philanthropists with a history of significant donations to international development programs," the organization said in a statement late Wednesday.

"Nancy McCain and her daughter visited WE Charity projects in Kenya in July 2017 as part of a larger tour of local charity programs funded by the Morneau-McCain family."

Opposition politicians have accused the Liberal government of playing favourites and choosing to reward the organization, formerly known as Free The Children, which is run by well-known philanthropists Craig and Marc Kielburger.

On Tuesday, Clerk of the Privy Council Ian Shugart said he couldn't see not having the finance minister and prime minister involved in discussions about a program as big in scope and price as the CSSG.

However, Canada's top bureaucrat said he wasn't offering a judgment on whether the two should have recused themselves.

A spokesperson for the Prime Minister's Office backed Morneau in a statement to CBC News.

"Minister Morneau was upfront with the committee and transparent with Canadians today," Press Secretary Alex Wellstead said. "Since the beginning of pandemic, he has worked relentlessly with his colleagues in cabinet to deliver critical support to Canadians. Minister Morneau is continuing to do this work that Canadians rely on."

Morneau offers details of WE discussions

Morneau offered new details about discussions between his office and WE Charity prior to the June 25 announcement that WE would administer the CSSG.

According to his version of events, officials in his office reached out to WE on April 7 along with a dozen other organizations to solicit ideas for how the government could assist young people during the COVID-19 pandemic.

The program that would become the CSSG was still in the development stage. 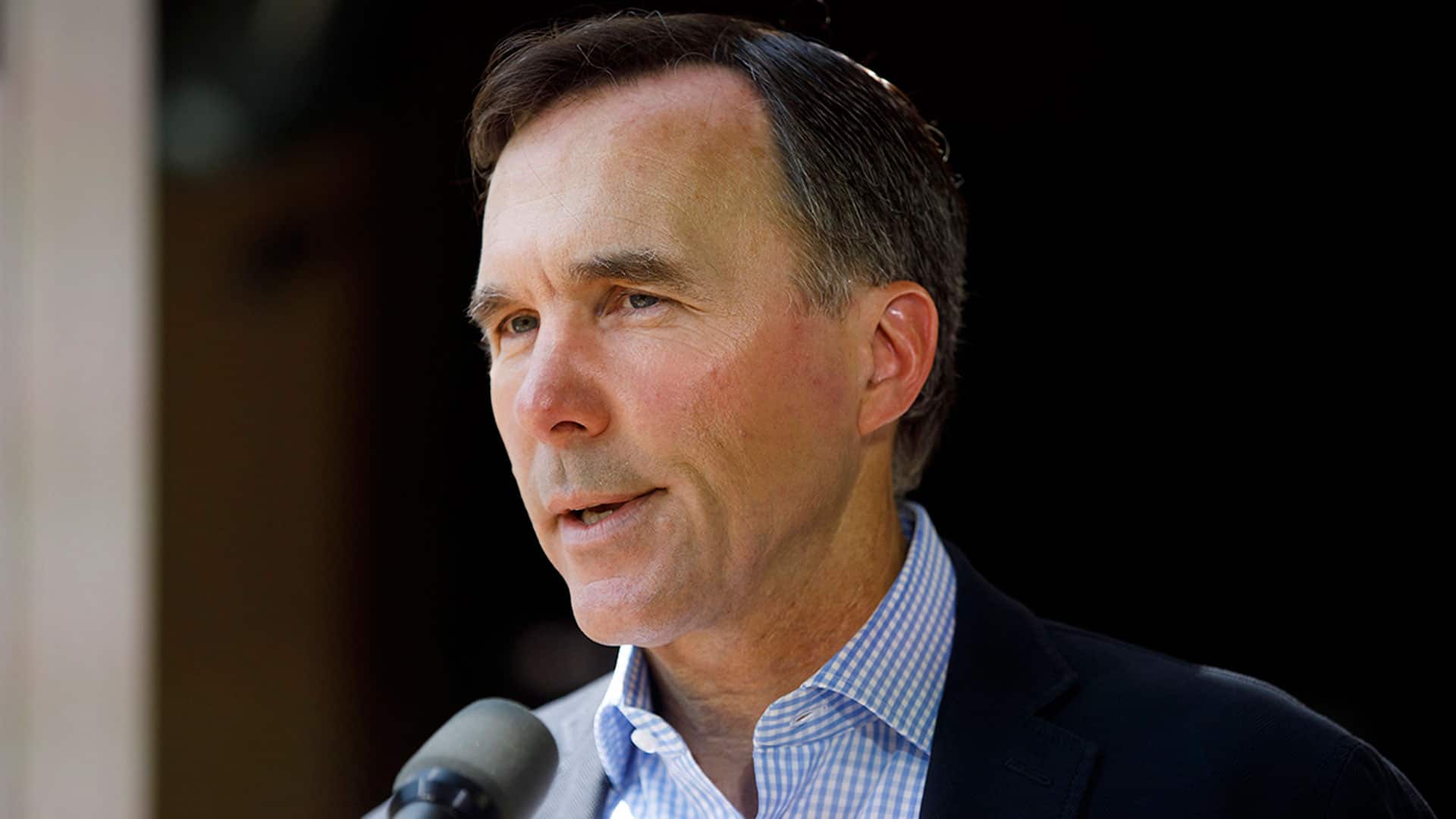 Morneau repaid WE $41K in travel expenses; Trudeau to testify

7 months agoVideo
3:36
Prime Minister Justin Trudeau has agreed to testify to the finance committee about the WE Charity controversy after Finance Minister Bill Morneau admitted the WE organization paid for two family trips in 2017 and he just repaid more than $41,000 in travel expenses. The Opposition is calling for Morneau’s resignation. 3:36

Two days later, Morneau said, WE submitted a proposal focusing on a social entrepreneurship program. That proposal was unrelated to the CSSG, the details of which were not announced until April 22.

The minister said officials raised the possibility of relying on a third party to administer the CSSG in a briefing with him for the first time on April 18, and cited the WE Charity as an example of a group doing similar work.

In the following days, Morneau said, WE shared a second proposal and discussions continued between his office and WE.

On April 21, Morneau said, he verbally approved the Finance Department's recommendations on the broad parameters of what would become the CSSG, which were announced by Trudeau the next day.

Morneau revealed that he spoke with Craig Kielburger on April 26, but said they discussed the broad impact of COVID-19 and not the details of the CSSG.

Morneau said Youth Minister Bardish Chagger presented her initial proposal to have WE administer the CSSG to the special COVID-19 cabinet committee on May 7, with the final approval from the full cabinet coming on May 22.

"I regret that my not recusing myself has been a reason that students have not been able to get the support on a timely basis," Morneau said.

In testimony before the committee today, two witnesses criticized the WE organization for its complicated organizational structure, financial dealings and employment practices.

The director of a humanitarian organization that planned to employ students through the program expressed frustration over its collapse.

"We've recruited students to participate and now I'm very concerned that the students will not get a bursary," said Rahul Singh, executive director of Global Medic, which provides disaster relief to countries affected by natural disasters.

Singh said his Toronto-based organization had spaces for 840 students per week to do things like assemble aid packages. Global Medic had entered into a partnership agreement with WE Charity when the organization became the administrator of the program.

Singh said that after WE pulled out, he reached out to Youth Minister Bardish Chagger's office but hasn't heard back from the government about the future of the program.

"I'm very worried about people falling through the cracks because of poor policy decisions and how they adversely impact people," Singh said.