The federal government's market debt — the debt on which Ottawa pays interest — has topped $1 trillion for the first time, Department of Finance documents show. 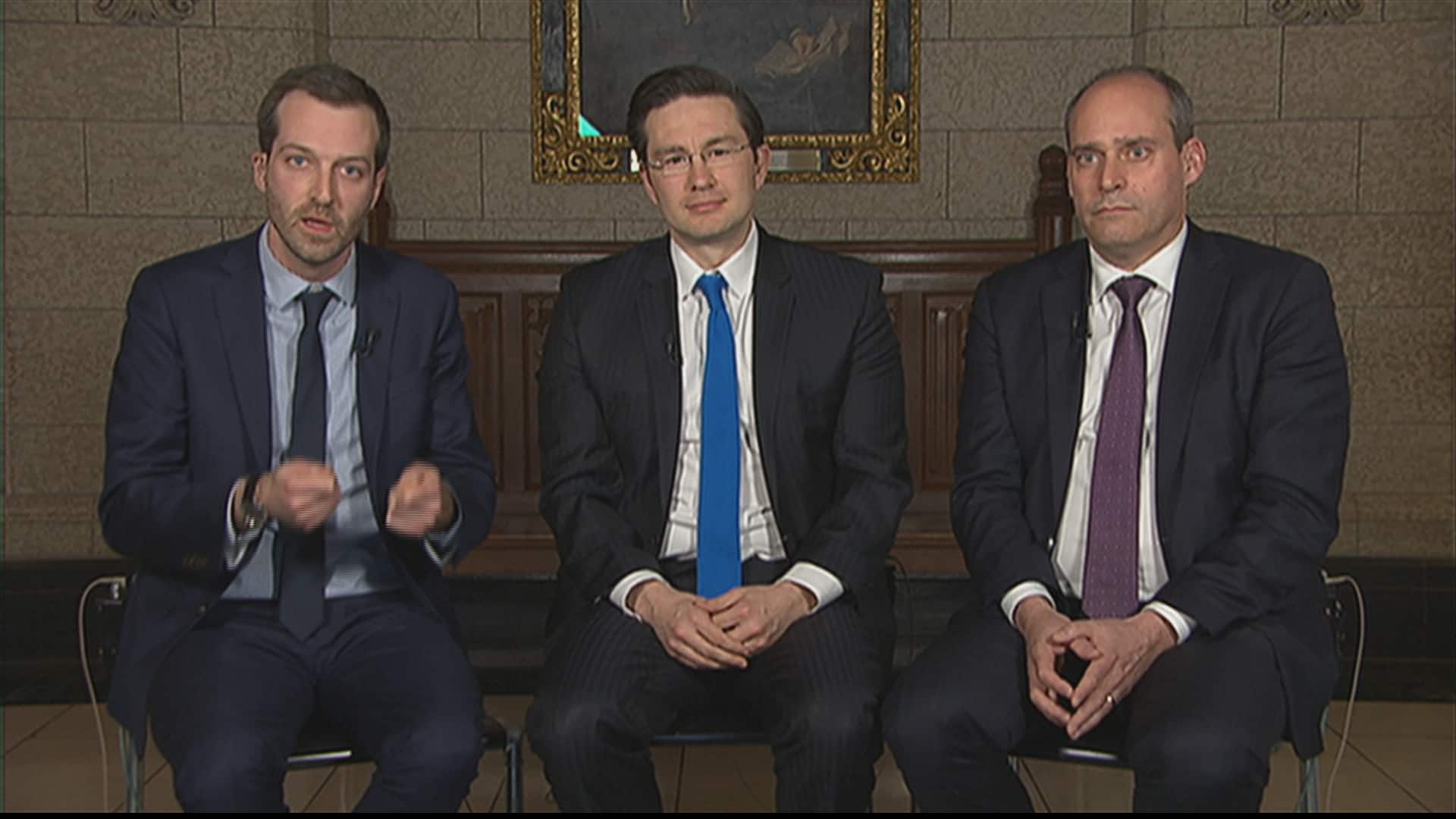 The threshold, he said, highlights the urgent need for the Liberal government to have a strategy to both balance the federal books and manage the debt in an era of rising interest rates.

"It's important for Parliament to wrap its head around borrowing," Page told CBC News.

Market debt is different from the federal debt and deficit figures, which are regularly presented to and debated by Canadians and reflect the federal government's estimated total liabilities, or cash needs, and what must be borrowed from the markets.

Think of market debt as something like a mortgage — or the balance on a line of credit.

"It's debt that generates interest," Page said. "And Canadians will be surprised at how fast interest on the public debt is going to grow over the next five years."

The market debt figure for 2017-18 does not reflect the cash, land or other assets the federal government has on hand.

"When I think of of my Ukrainian mother in Thunder Bay, [Ont.], she understands debt is going up," he said. "Most Canadians understand that. And it's going up by a lot."

Buried in the recent federal budget is a passing reference to both the market debt and the limits of the federal government's ability to borrow.

Officials at Finance say the country's total "debt stock" will be $1.029 trillion when the fiscal year ends on Saturday.

It will go even higher in the coming fiscal year.

"We're a $2-trillion economy. So, to have at the federal level more than a trillion dollars of liabilities, most of which is market debt, it's significant," he said.

Why are these figures much higher than the ones Canadians heard from Morneau on budget day?

Federal budget data are presented under an accrual accounting method, which records transactions differently, spreads out the financial obligation and includes assets, such as cash-on-hand.

When assets and cash reserves are counted in, the federal government's total liabilities, including Crown corporations, are projected to be only $651.5 billion in the current fiscal year.

The government is trying to get us to focus on the best possible numbers. You need to look at fuller picture.- former parliamentary budget officer Kevin Page

One way to understand the market debt figure is to think of the public accounts in terms of household finances.

The same family's market debt, however, actually stands at $400,000 — because that is how much their loan with the bank is for, and that's the amount they make payments on.

It's important for parliamentarians and Canadians to look at federal finances through a wide lens, Page said.

The Liberals have defended their deficit and debt spending by saying that when measured against a growing economy and other G7 countries, Canada looks pretty good.

"The government is trying to get us to focus on the best possible numbers," Page said. "You need to look at [the] fuller picture."

He emphasized it's neither wrong nor misleading to present accrual figures. But looking at the data only through that prism assumes Canada would sell off assets in a financial crisis.

"Not all of the financial assets can be used," he said. "If we were like Greece or Ireland and something hit, we can't just pull money out of pension plans and other things and say, 'Here's our cash.'"

CBC News asked for an interview with Morneau, but the offer was declined.

Finance officials responded via email and said the market debt figure presents only half of the fiscal story.

"Canada has the best balance sheet in the G7, and that advantage is getting better all the time," said Dan Lauzon, Morneau's director of communications.

"Compared to the size and strength of the overall economy, our debt is shrinking, and on track to be in the best position we've seen in almost 40 years.

"This means we can both absorb shocks and uncertainty, and continue to invest in the things that matter to Canadians, like affordable housing, the Canada Child Benefit, and retirement security."

The market debt figures reveal an extraordinary amount of borrowing by Crown corporations, which has been going on, largely unnoticed, over the last two years.

The last time spending on Crown corporations approached that level was under Paul Martin's Liberal minority government of 2004-05.

The red ink at Crown corporations is in addition to annual budget deficits run by the Liberals since they assumed office in 2015.

The growth of the market debt is also consequential because of the largely unheralded federal Borrowing Authority Act, which came into force last November. It sets a limit on how far the federal government can go into debt. That limit is now $1.168 trillion.

On the current trajectory, it will not be long before the federal government has to go back to Parliament to increase the debt ceiling.

"That will be a good thing," Page said. "You want Parliament to have transparency on borrowing, particularly in an environment where interest rates are going up."

Federal Finance officials are adamant that Canada would not face the same kind of gridlock and government shutdown that has plagued Washington. Unlike the case in the U.S., the federal cabinet in Ottawa has the power to borrow on the line of credit to refinance government debt and interest payments.

"This flexibility helps avoid risk of debt default, which can occur in other jurisdictions with a debt ceiling," the department said in an email statement.

With files from Peter Zimonjic