The global scramble to vaccinate the human race against COVID-19 is bigger than Canadian politics. But every Canadian politician no doubt understands the political and human importance of this country seeming to do well in this multinational competition

Is an every-country-for-itself scramble to acquire vaccines from a few private manufacturers sensible?

The global scramble to vaccinate the human race against COVID-19 is bigger than Canadian politics. But every Canadian politician no doubt understands the political and human importance of this country seeming to do well in this multinational competition.

The result this week is anxiety and a rush to assign blame that has failed to produce easy answers to the central question of what, if anything, Canadian officials could be doing to procure more of what's arguably the most precious commodity on Earth.

But this consternation among Canadian politicians might be obscuring a bigger question for the world: Is this really the best way to go about vaccinating 7.6 billion people against a common threat?

The latest spasm of concern about Canada's vaccine supply can be traced to a production facility in Puurs, Belgium, where Pfizer has been manufacturing one of the two approved vaccines for use in Canada. Pfizer has decided to retool that facility so that it can increase production. In the short-term, that means fewer doses will be available.

In response to Pfizer's change of plans, Ontario Premier Doug Ford quickly declared that, if he were prime minister, he'd be on the phone to Pfizer's top executive demanding the previously scheduled shipments. "I'd be up that guy's ying-yang so far with a firecracker he wouldn't know what hit him," Ford said.

WATCH | Ontario premier says Trudeau's 'No. 1 job' is to get vaccines: 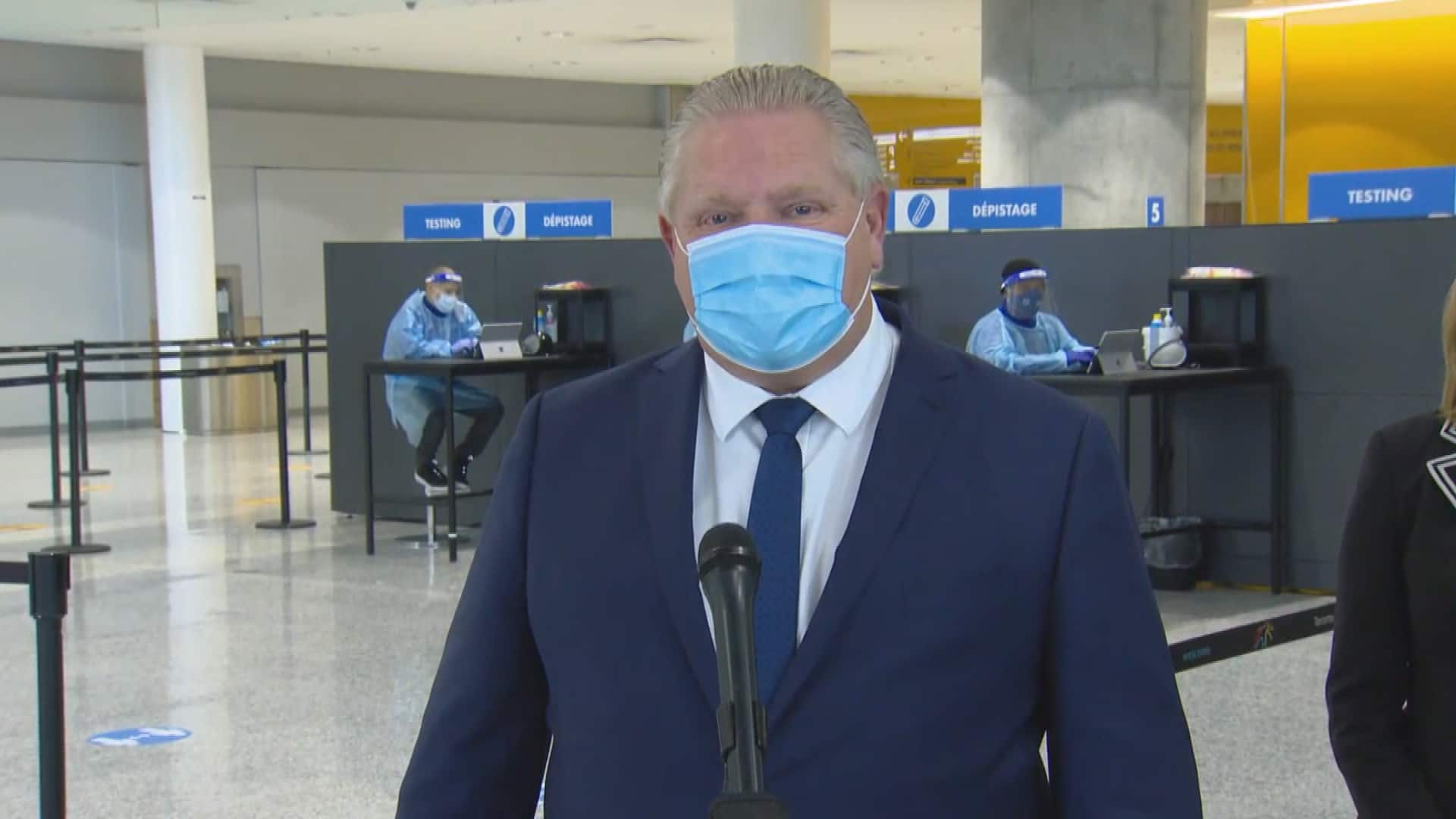 Ontario premier says Trudeau's 'No. 1 job' is to get vaccines

1 month ago
0:55
Ontario Premier Doug Ford says Prime Minister Justin Trudeau needs to fight to get the Pfizer-BioNTech COVID-19 vaccine to Canada and he suggests the alternative to the Belgian plant may be Pfizer's Michigan facility. 0:55

It stands to reason that if getting a plentiful supply of the Pfizer vaccine was as easy as getting up Pfizer CEO Albert Bourla's ying-yang with a firecracker, nearly every leader on the planet would be doing so. But Ford got a chance to test his theory — a day later he spoke with the president of Pfizer Canada. If a firecracker was lit during that conversation, it has so far failed to change Pfizer's plans.

In Ottawa, the consternation has been only slightly less colourful, culminating in an "emergency debate" in the House of Commons on Tuesday.

The Conservatives argue that an ill-fated partnership between the National Research Council and China's CanSino Biologics distracted Justin Trudeau's government from pursuing better options — but Public Services Minister Anita Anand told the Canadian Press in December that Canada was the fourth country in the world to sign a contract with Pfizer and the first to sign with Moderna, the other major supplier of an approved vaccine.

The New Democrats argue that the federal government should have negotiated for the right to domestically produce the currently approved vaccines — but that presumably depends in large part on the willingness of companies like Moderna and Pfizer to do so.

A real effort to ensure Canada had domestic capacity to produce a pandemic vaccine likely would have had to have been implemented years ago.

Eventually, Tuesday night's debate landed on questions of transparency. The government says it has a plan for vaccinating Canadians, but the opposition says that plan isn't detailed enough. 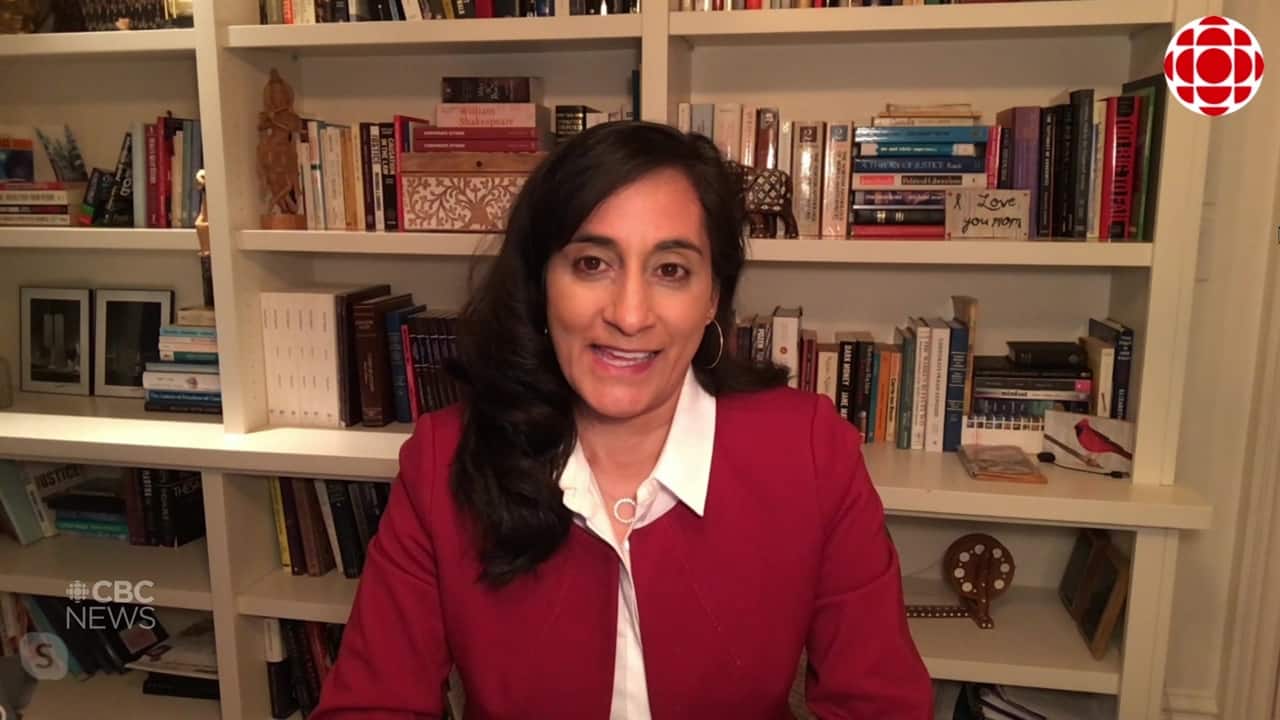 1 month ago
2:00
Anita Anand, Minister of Public Services and Procurement, says Prime Minister Justin Trudeau was assured by the president of the European Commission that vaccine shipments from the EU are not in "jeopardy" in light of an EU proposed export control mechanism. 2:00

The opposition insists the government should release the details of the contracts it has signed with manufacturers, but the government says those contracts are necessarily confidential. There are suggestions that Europe's supply of the Pfizer vaccine might be smaller than the interruption to Canada's supply, but it's not clear why that might be the case.

The Liberals surely understand the gravity of the vaccine race, but they have never shown much interest in explaining themselves in detail. They insist that their agreements with seven potential manufacturers have put Canada in a decent position and that their medium-term and long-term targets for vaccinating Canadians over the course of this year will not be affected by the current shortfall. 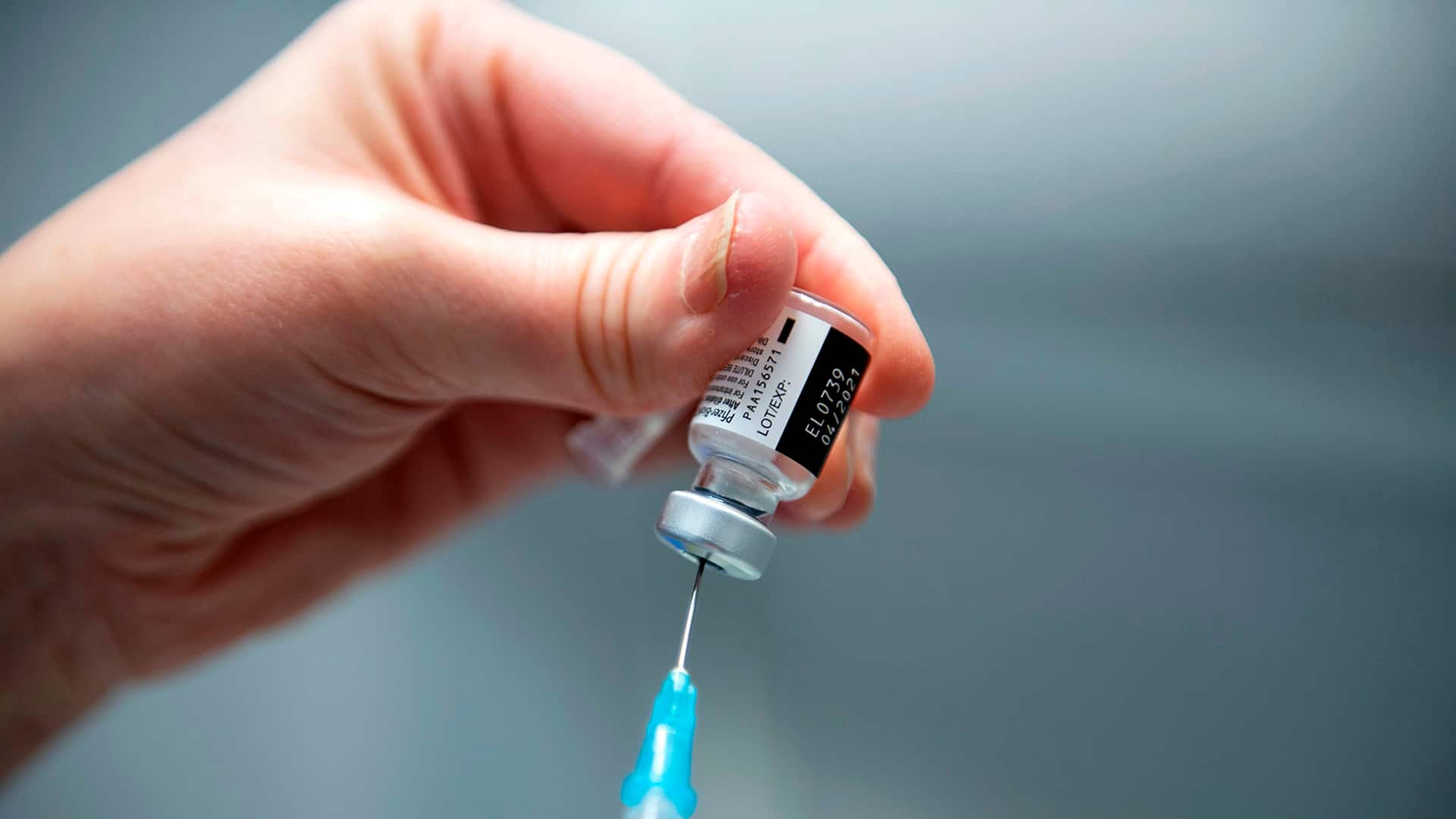 1 month ago
2:00
The European Union is threatening to slow exports of the Pfizer vaccine after Astra-Zeneca announced a delay in production. With vaccines in short supply, global health leaders are growing increasingly concerned about the rise of vaccine nationalism. 2:00

But Pfizer's decision to retool the plant in Puurs underlines how little control the Liberal government can claim to have over the situation and how little sympathy they'll receive if things don't work out the way they said they would.

It was just over a month ago that the federal government was able to answer a previous panic with earlier-than-expected approvals and shipments of the new vaccine. If the Liberals were only too happy to bask in that good news, this interruption feels like the universe's way of telling them to not get cocky.

Canada vs. other countries

In the meantime, even the definition of success will be up for debate.

On Monday, for instance, Conservative MP Pierre Paul-Hus complained that Canada was not doing as well as the Seychelles, which had delivered at least a first dose to 20.22 per cent of its population through January 25. By comparison, Canada's rate of vaccination was 2.23 per cent.

But the tiny island nation has a population of 98,000 people (roughly the equivalent of Red Deer, Alta). In absolute terms, the number of people who had received a dose in the Seychelles was 19,889. Canada, meanwhile, had administered doses to 839,949 people. 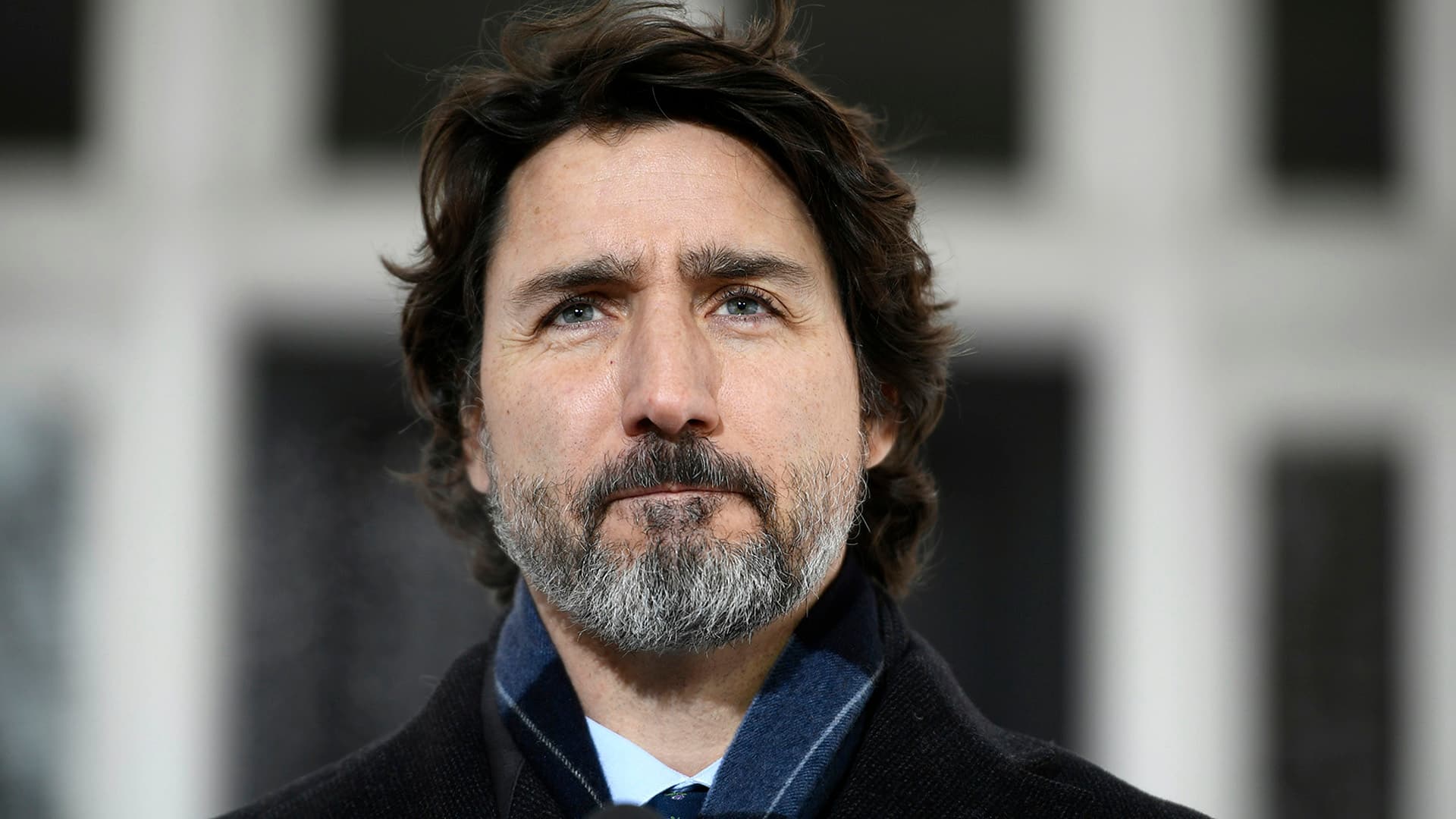 'This is pure nonsense'

During the emergency debate on Tuesday night, the NDP's Don Davies said Canada ranked 16th per capita in doses administered. He meant it as a complaint. But it could just as easily be framed as a compliment — if Canada ends up being the 16th fastest country to vaccinate its population, it will have finished ahead of 174 other countries. Among the 32 OECD countries who have begun vaccinations, Canada ranks 12th in doses administered per capita.

A few countries — the United States, United Kingdom and Israel — seem to be benefiting from their own unique circumstances. The U.S. and U.K., for instance, have access to domestic production of the available vaccines.

In every other country, there might be some version of the Canadian debate playing out; Trudeau said last week that he and German Chancellor Angela Merkel had commiserated about the similar criticism that they were each facing.

But all of this might underline the questions of whether an every-country-for-itself scramble to acquire vaccines from a limited number of private manufacturers is the sensible way to go about vaccinating the human race.

"'Could Canada have done more?' The problem for me is that this is not the right question. What we've been seeing, for me, is a bit of a catastrophe," said Marc-Andre Gagnon, a political science professor at Carleton University who focuses on pharmaceutical policy.

"You end up with a handful of companies that are developing their own vaccines, each by themselves, working in silos. So then you have a product with a patent, so monopoly rights on the product. And then you end up with this vaccine nationalism of all countries basically doing a free market negotiation in terms of who can jump the queue in order to get faster access to the vaccines. In terms of priorities of global public health, this is pure nonsense."

A better approach, Gagnon suggests, would have focused on collaboration, data sharing and making use of all available manufacturing capacity around the world.

Pfizer's new deal with Sanofi, a rival producer, might at least be a step in that direction. But any serious rethinking of global vaccination policy might have to wait for the next pandemic.