Canadians' unhappiness with the federal government's performance grew dramatically in 2013, judging by the results of a yearly poll released by Nanos Research and the Institute for Research on Public Policy. 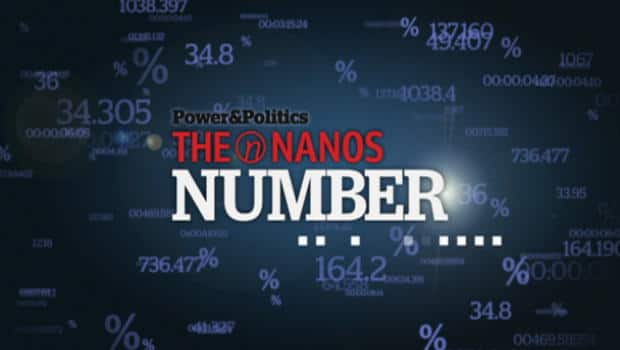 7 years agoVideo
4:28
Canadians' unhappiness with performance of the federal Conservatives grew dramatically in 2013 4:28

Canadians' unhappiness with the federal government grew dramatically in 2013, judging by the results of a yearly poll released by Nanos Research and the Institute for Research on Public Policy.

When it comes to the performance of Stephen Harper's Conservatives, 56 per cent of those polled said they did a poor job in 2013. That compares to 33 per cent last year and 25 per cent in 2011.

"[The survey] completed in December 2013 showed its most dramatic shift," wrote the pollsters.

In the four questions asked in the poll, perceptions "have all taken a negative hit."

Percentage of Canadians who feel the Canada is going in the wrong direction.

Source: Nanos Research Mood of Canada survey of 1,000 Canadians recruited by phone and given the survey online between Dec. 14 and 16. The poll has a margin of error of 3.1 percentage points, 19 times out of 20.

The polling firm and research institute have conducted the "Mood of Canada" poll every year since 2007.

The questions asked about:

In each case, pollsters found that opinions this year were decidedly more negative than they were last year.

Fifty-five per cent of those polled thought Canada was moving in the wrong direction compared to 28 per cent last year.

For more in depth discussion and analysis of the results of this survey, tune in to Monday's edition of Power & Politics at 5 p.m. ET on CBC News Network.

Nanos carried out the survey between Dec. 14 and 16 of this year. About 1,000 Canadians were recruited by phone and given the survey online. The poll has a margin of error of 3.1 percentage points, 19 times out of 20.