A Toronto couple whose daughter died in a plane crash in March say they're heartened by what Ottawa is doing to support victims of the more recent downing of a plane in Iran — but they still feel they were abandoned by their government.

A Toronto mother and father whose daughter died in a plane crash in March say they're heartened by what Ottawa is doing to support victims of the more recent downing of a plane in Iran — but they still feel they were abandoned by their government.

Clariss and Chris Moore are haunted by the death of their daughter Danielle, 24, in the crash of Ethiopian Airlines Flight 302 on March 10, 2019. They accuse the federal government of not doing enough to help them and other victims' families through the aftermath. They also question why Ottawa didn't immediately ground the Boeing 737 Max 8 in the wake of another deadly crash in October 2018 off the coast of Indonesia. The two disasters killed 346 people.

Just days after the crash in Ethiopia, Canada announced it was grounding all of its Boeing 737 Max 8 aircraft and banning the jet from entering its airspace until further notice.

"I feel so alone and so lost," said Clariss. "I feel that we were abandoned. It took 10 months for our Canadian government to even have a meeting with us.

"We ended up scrambling on our own when the accident happened ... Our government didn't do anything for us."

Their daughter was headed to a meeting of the UN Environment Assembly when the aircraft plummeted shortly after takeoff, killing everyone aboard, including 18 Canadians. 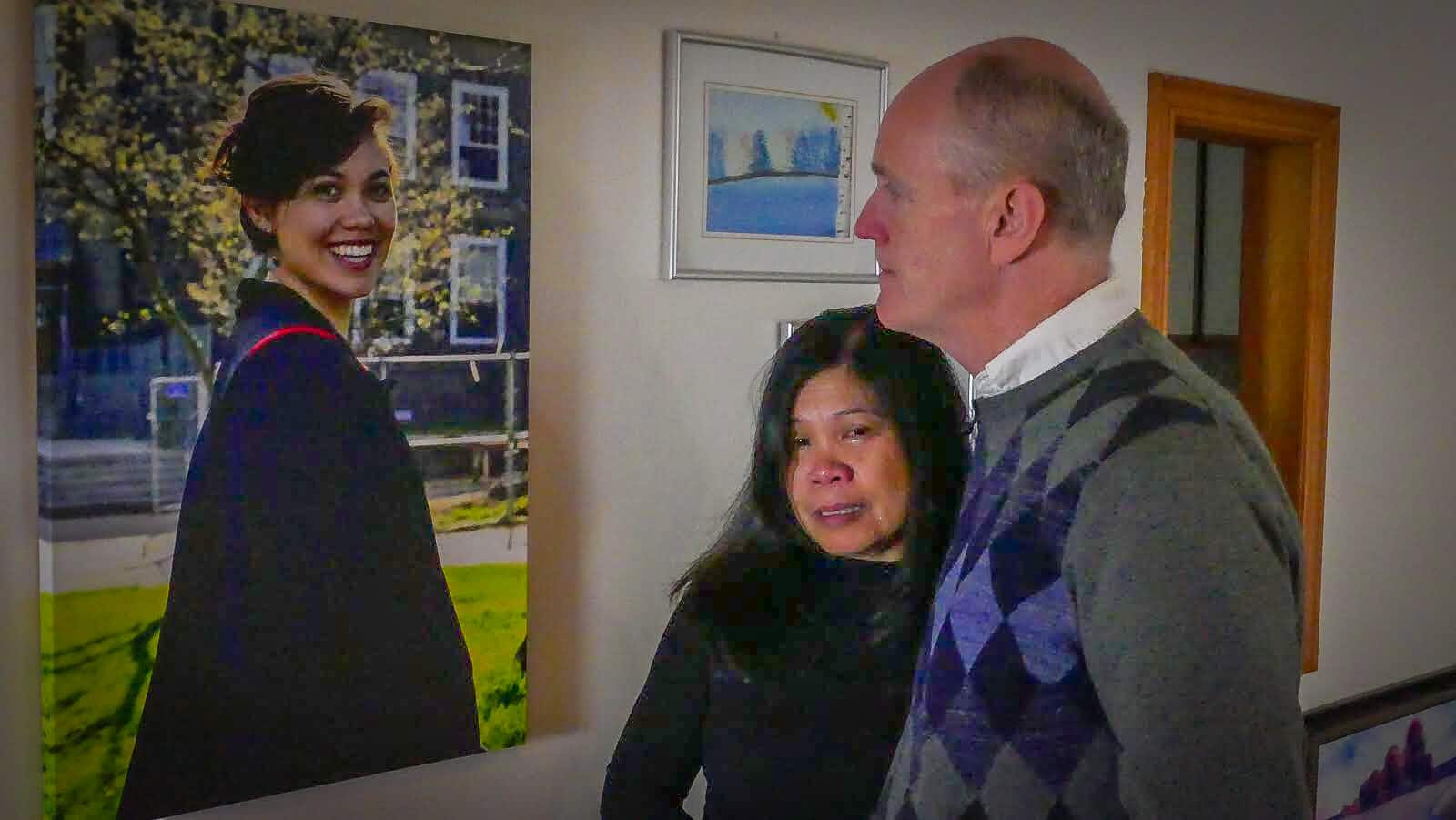 1 year ago
0:48
Mother of plane crash victim said she was left scrambling on her own after her daughter's death 0:48

Chris said he's calling for a public inquiry to learn why Canada didn't ground the 737 Max immediately after the first tragedy.

"We want to have some answers and we're not getting them now," he said.

Transport Minister Marc Garneau plans to meet with families of the Ethiopian Airlines crash victims and ask them directly what additional support they need.

Canada is handling the loss of Ukraine International Airlines Flight PS752 in Iran earlier this month in a manner quite different from its approach to past international plane crashes involving Canadian victims.

One of the major differences is the fact that Iran admitted it shot down the plane. The prime minister is publicly pressing Iran to let Canada help actively investigate the crash to make sure it's a thorough and transparent process.

And Canada maintains diplomatic ties with Ethiopia, while it hasn't had a diplomatic mission in Iran since the Tehran embassy closed in 2012.

Without an embassy on the ground, the government itself has been providing consular support, mental health services and legal aid, and has offered the families of the victims of Flight PS752 $25,000 for every deceased passenger to help cover their expenses. Liberal MP Omar Alghabra, parliamentary secretary to the prime minister, also announced this week the government will match donations made to the Canada Strong Campaign to support victims' families.

The Moores said that, other than consular help, they received none of the support being offered to the families who lost loved ones in Iran. They say they're not looking for money — just transparency and accountability.

"If we look at these two tragedies, there are differences, but we know the loss and the pain that the families are experiencing are the same," he said. "We need to be better in terms of openness and transparency with the families."

When PS752 went down, Clariss said, it felt like an echo of the day her daughter died.

"My whole body jerked," she said. "I feel so sick. I feel their pain. I feel their confusion, their denial, their shattered life, their nightmares."

She said she still wonders what was going through her daughter's mind as the plane went down.

Chris said dealing with the bureaucracy involved in a loved one's death in a foreign country has been "very difficult."

"There's so many different little minor things, but each minor thing is major from our perspective," he said. "Because you have to relive everything again."

It took the family at least four months to get a death certificate from Ethiopia. When the document arrived, parts of it weren't in English — which meant translators were needed to process government paperwork, book a funeral home and settle Danielle's estate.

While the Canadian embassy in Ethiopia helped arrange for the families to visit the crash site, Clariss said it ended in disappointment: they only had 30 minutes on the ground.

"They took us from the site," she said. "That was not enough for me, that I fly from so far away and travel so far away."

The task of claiming Danielle's belongings was especially painful. The couple sifted through an online database of photos of items recovered from the crash site; to claim each individual item they had to prove to authorities that it belonged to their daughter.

On what would have been Danielle's 25th birthday, an envelope arrived with her shoes inside — black flats she would have worn to the conference she was supposed to attend. The Moores still can't bring themselves to open that package. 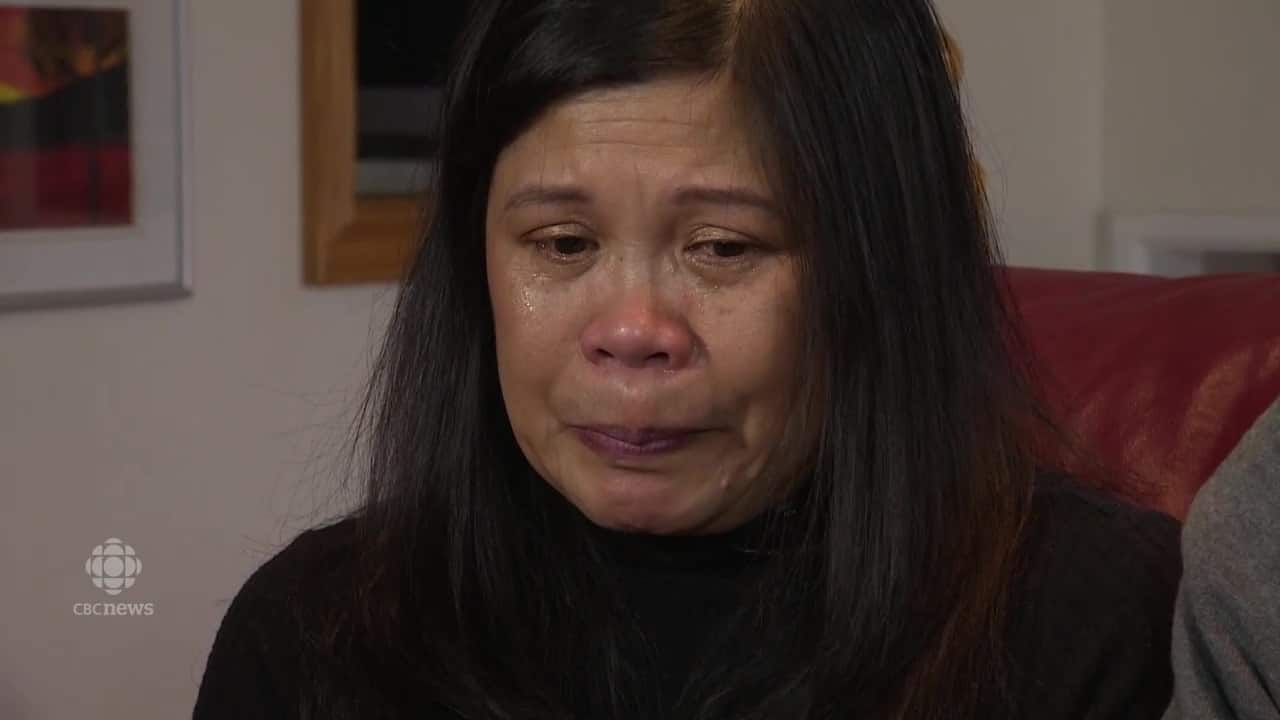 The Moores also described the process of bringing their daughter's remains home as "dehumanizing." Clariss said that as she stood at the airport with her son, next to the tiny coffin containing the few human remains that could be found, she was left with almost no time prior to boarding to absorb the moment and collect herself.

"My heart stopped," said Clariss. "I wanted to open that coffin to see her face. To lift her up. To comfort her. To hug her."

With little government support, the Moores leaned on other 18 victims' families for help and comfort.

The Moores said together families started requesting meetings with Canadian officials this summer to learn what the government knew about the Boeing 737 Max before their daughter's death. The government, preparing for an election at the time, went into caretaker mode until the new cabinet was introduced at the end of November.

The day after the crash in Iran, Nicolas Robinson, the director general for civil aviation, met with families of the Ethiopian air crash victims for four hours and answered questions. The meeting had been arranged with families ahead of time. Chris Moore said he wasn't satisfied with the answers they got about what Canada knew after the Indonesian crash.

"They were very secretive," he said.

There are two ongoing safety investigations into the Ethiopian Airlines crash taking place in Ethiopia. U.S.-based Boeing is also facing a criminal probe by the U.S. Justice Department and is being sued by the families of some of the people who died in the crashes.

Transport Canada is working with other civil aviation authorities around the world to co-ordinate allowing the 737 Max to fly again. Boeing will be required to make changes to the design of the jet and/or training and procedures of flight crew before the planes can return to service, according to Garneau's office.

In a statement to CBC News, Garneau said he "knows that maintaining open lines of communication with families is essential going forward."

"That is our priority," he added. "As minister, I will not lift the flight restrictions on the Boeing 737 MAX 8 until we are fully satisfied that all safety concerns have been addressed by the manufacturer and the FAA and that enhanced flight crew procedures and training are in place."