Conservative Leader Erin O'Toole is walking back comments he made to Ryerson University students claiming the residential school system was designed to "provide education" to Indigenous children before it went off the rails and became a "horrible program."

Conservative Leader Erin O'Toole is walking back comments he made to Ryerson University students claiming the residential school system was designed to "provide education" to Indigenous children before it went off the rails and became a "horrible program."

"The very existence of residential schools is a terrible stain on Canada's history that has had sweeping impacts on generations of Indigenous Canadians," O'Toole said in a statement released Wednesday.

O'Toole has been under pressure to retract his statement about residential schools ever since Press Progress — a publication of the Broadbent Institute — and Global News first reported the contents of a Zoom call O'Toole held with the Toronto university's Campus Conservative club earlier this month.

In that call, O'Toole addressed what he described as the "woke" campaign to rename Ryerson University because of the role the school's namesake played in creating the residential school system.

"When Egerton Ryerson was called in by Hector Langevin and people, it was meant to try and provide education," he told the students in the call. "It became a horrible program that really harmed people, and we have to learn from that and I wear orange. But we're not helping anyone by misrepresenting the past."

Born in 1803, Egerton Ryerson was an educator and Methodist minister who is credited with founding the public education system in Ontario. He also played a key role in the creation of the residential school system, prompting some to pressure the university to change its name. 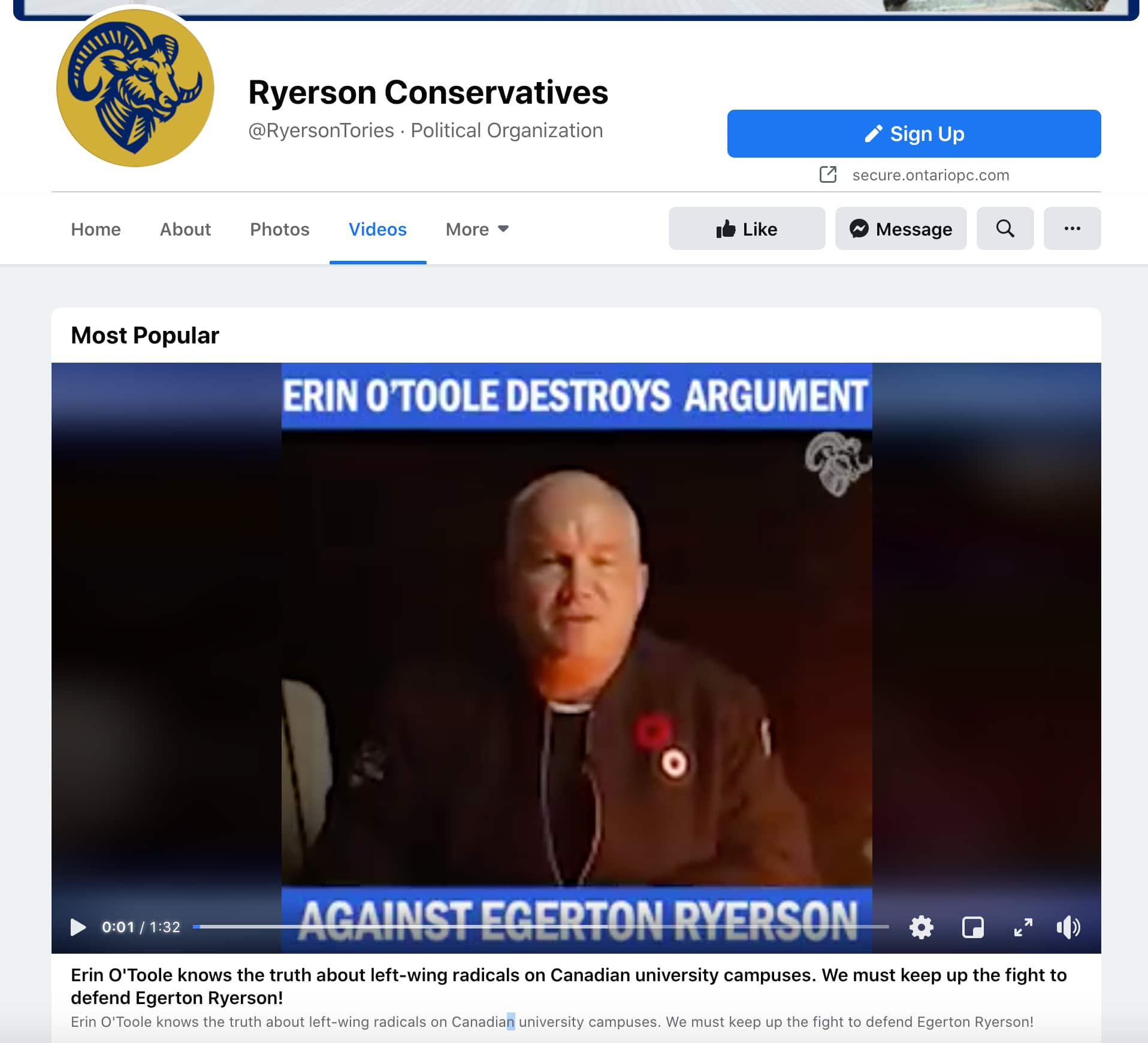 But unlike Pierre Trudeau, Ryerson was never a prime minister, so to say that he may not have "opened" residential schools is valid. He is, however, credited with writing a report advocating the creation of the schools that the government of the time leaned on heavily when it imposed the policy.

CBC News asked O'Toole's office for specific details of where the Conservative leader got his numbers detailing how many schools Pierre Trudeau and Chrétien opened. His office would not provide specific page numbers, but a member of his staff said in an email that the information was "from the TRC report."

The TRC has published a number of reports. The executive summary of its findings is 535 pages long. On pages 353 to 363 [appendix 2.1 and 2.2] there are 159 residential schools listed with their opening and closing dates.

The Conservatives emailed CBC News late Wednesday to clarify that Chretien was "responsible for Indian Affairs when at least four residential schools were opened (1968-74)."

At least 67 additional residential schools of the 159 on the list also closed while Trudeau was prime minister.

Press Progress reported that the video was first posted to the Ryerson Conservative Facebook page on Nov. 5. The video was still being hosted on the page as of Wednesday morning under the title "most popular."

"We know that there is a pattern among deniers to rewrite the facts that were found in the Truth and Reconciliation Commission," Angus said. "These institutions were not set up to provide education. They were set up to destroy the Indian family. That meets one of the tests of genocide."

"It is disappointing that Conservative Leader Erin O'Toole sought to use the residential school tragedy, which has devastated generations of First Nations families, to score meaningless political points," he wrote. "No political party can claim the high road on that tragic piece of Canadian history."

Bellegarde said that he was looking forward to sitting down with O'Toole next year to help him better understand how tragic the residential schools system was and how it was made worse by "decades of political mismanagement and indifference."