Environment Canada is releasing scientific evidence today to back up the government's bid to ban most single-use plastics next year.

Report says 29,000 tonnes of plastic garbage ended up as litter in Canada in 2016

A national ban on many single-use plastics is on track for next year after a government report concluded Thursday that there is more than enough evidence proving plastic pollution is harmful, Environment Minister Jonathan Wilkinson said.

"We will be moving towards a ban on harmful single-use plastics and we will be doing that in 2021," said Wilkinson.

The federal Liberals promised last June they'd seek to ban plastic versions of a number of products, such as straws, take-out containers and grocery bags. The ban would happen under the Canadian Environmental Protection Act, which requires a scientific assessment of the problem first.

A draft version of that assessment was released Thursday. It will be open to public comment until April 1.

The report says that in 2016, 29,000 tonnes of plastic garbage, the equivalent of about 2.3 billion single-use plastic water bottles, ended up as litter in Canada — on beaches, in parks, in lakes and even in the air.

Some of the litter is easily visible: pieces bigger than 5 mm are called "macroplastics." But much of it is plastic most of us can't easily see, called "microplastics" and "microfibres." These are tiny remnants of plastic smaller than 5 mm resulting from larger pieces of plastic breaking apart, or being shed from items like clothes made of synthetic fabrics, fleece blankets and tires.

The assessment looks at the impact of all types of plastics and points to evidence that macroplastics are hurting wildlife: dead birds found with plastic in their intestines, or whales washing up on shore with stomachs filled with tonnes of plastic they ingested as they swam, including flip flops and nylon ropes.

In one case, a turtle was found emaciated and dying. When the plastic was removed from its digestive tract, the turtle recovered.

The evidence is less clear about the harmful impacts for people and wildlife of ingesting microplastics, and the scientists recommended further study. A new fund of $2.2 million over the next two years will fund research on microplastics.

Wilkinson said the finding on macroplastics is enough to proceed with the ban.

He said the list of specific items to be banned is still being worked out with scientists. A list will be released in the next few months, he said.

Plastic bags, straws, bottles and Styrofoam containers meant to be used once and discarded are all expected to be on the list, but nothing has been confirmed.

Wilkinson said businesses that rely on those products will be given time to adapt, but insisted the government is not going to wait several years. 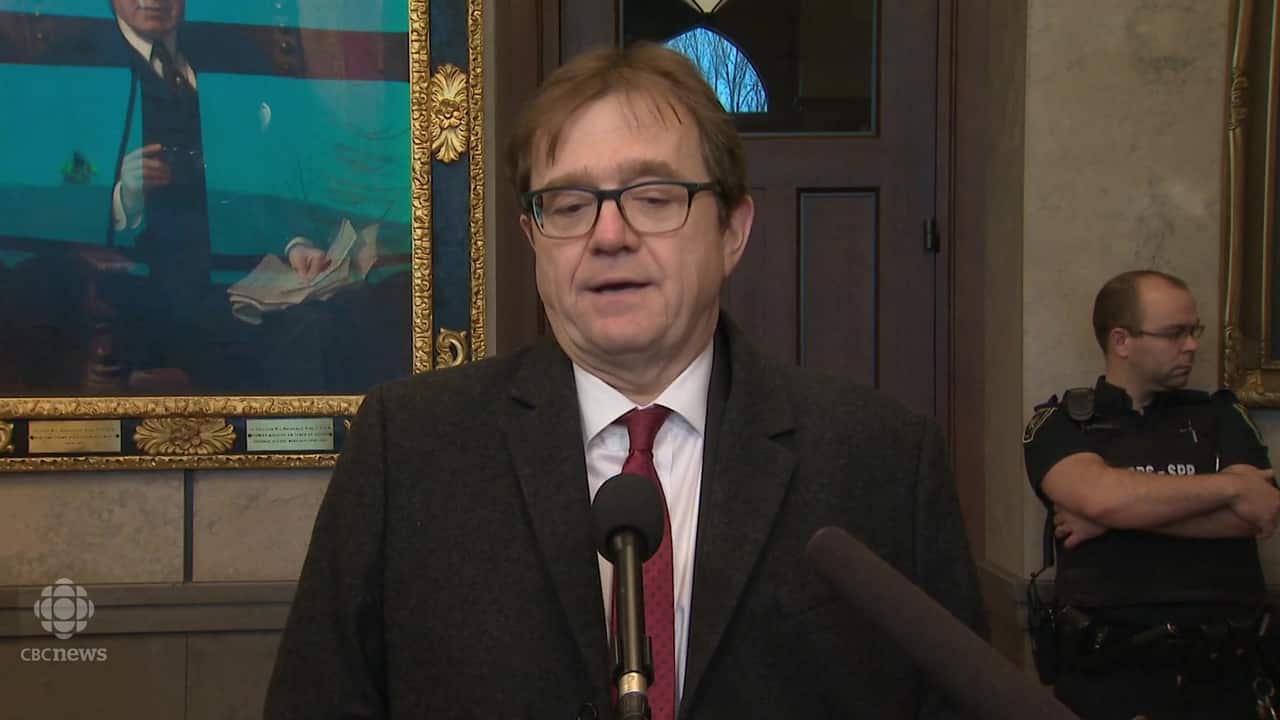 Wilkinson outlines plan to ban single use plastics by 2021

9 months ago
1:27
Environment Minister Jonathan Wilkinson outlines how the government plans to move towards a ban on single use plastics following the release of  the Draft Science Assessment of Plastic Pollution which was released today. 1:27

"I think the Canadian public wants to see action quickly, so certainly if there is a phase-in period, it won't be an extensive one."

A recent audit of Canada's plastics industry found less than 10 per cent of the plastic produced in Canada is recycled. Canadian recyclers have very little capacity to do it because there's not much demand for the material in Canada.

The audit found producing new plastic products and then throwing them away is usually cheaper than reusing, repairing or recycling them.

In 2018, when Canada hosted the G7 leaders' summit, Canada and four other leading economies signed a charter pledging that by 2040 all plastic produced in their countries would be reused, recycled or burned to produce energy. The United States and Japan stayed out of that agreement.