Need for Emergencies Act rejected by premiers on call with PM

The Council of the Federation can be divided on partisan and regional lines, but yesterday Canada's 13 premiers came to a quick consensus on a key message to the federal government: now is not the time for the federal Emergencies Act.

Trudeau says he hopes he'll never have to use Emergencies Act

The Council of the Federation can be divided on partisan and regional lines, but yesterday Canada's 13 premiers came to a quick consensus on a key message to the federal government: now is not the time for the federal Emergencies Act.

On Thursday, the federal government sent a letter to provincial and territorial governments consulting on the never-before-used act, a necessary step if Ottawa wants to pull the trigger on declaring a public welfare emergency amid the COVID-19 pandemic.

A senior federal official told CBC News that Ottawa may repeatedly consult the provinces on the issue of the Emergencies Act without ever having to invoke it. The idea is to seek consistent provincial feedback so Ottawa can be prepared in the event of a sudden change in the country's ability to respond to the pandemic

But once the letter arrived on the premiers' desks, there was no desire to see it used.

"This whole idea of the letter was pretty quickly shut down," said one provincial source close to the talks, speaking on the condition they not be named.

The premiers talked among themselves after the letter was sent out and ahead of their call with Prime Minister Justin Trudeau Thursday evening. Opinions ranged from deep frustration to indifference, according to provincial officials.

B.C Premier John Horgan — whose province has shown progress in flattening the curve of its coronavirus outbreak —  was so angry he used an expletive and called the ordeal a waste of time, said sources.

On the call with the prime minister, Saskatchewan Premier Scott Moe, chair of the Council of the Federation, questioned why the federal government keeps raising the act, which the provinces consider a non-starter.

Trudeau repeatedly told the premiers he doesn't want to invoke the act and was looking at it as a contingency measure, not because the federal government sees a need for it, said sources.

"Nobody wants to see this," said one source.

It was a stance Trudeau repeated when asked about the Emergencies Act during his daily briefing on Friday.

"It is our hope that we don't have to use it ever," he said.

"We are seeing that the collaboration, the partnership among provinces and territories and the way we're moving forward on this means that we might not ever have to use the Emergencies Act and that would be our preference."

The Emergencies Act — which replaced the War Measures Act in 1988 —  gives the federal government sweeping powers to regulate or prohibit travel, requisition and use property, order qualified people to provide essential services, regulate the distribution of goods, resources and services, and establish emergency shelters and hospitals.

In recent days there has been talk of using it to ensure supplies and equipment are deployed to where they're most needed across the country. One of the federal government's concerns has been about allocating supplies for Indigenous communities.

Under the act, Ottawa could redirect medical supplies — masks, ventilators and COVID-19 testing devices — to regions in dire need.

On the call, the premiers agreed that if they can keep the curve flat for a few months they can have the domestic supply capacity up and running.

"I think there are a number of tools that the Emergencies Act provides for, much stronger controls on distribution of necessary medical supplies and equipment, for example, or further restrictions on travel or on Canadians' freedoms," said Trudeau.

"But as I've said, the way our country works is that provinces have emergencies acts that they can bring in with very strong measures that they have all done."

The provinces and territories have already taken extraordinary steps in calling states of emergency to restrict movements and close businesses in the bid to slow the spread of the novel coronavirus.

No one can think of anything the federal government would use the Emergencies Act for that would do more good than harm, said one source. 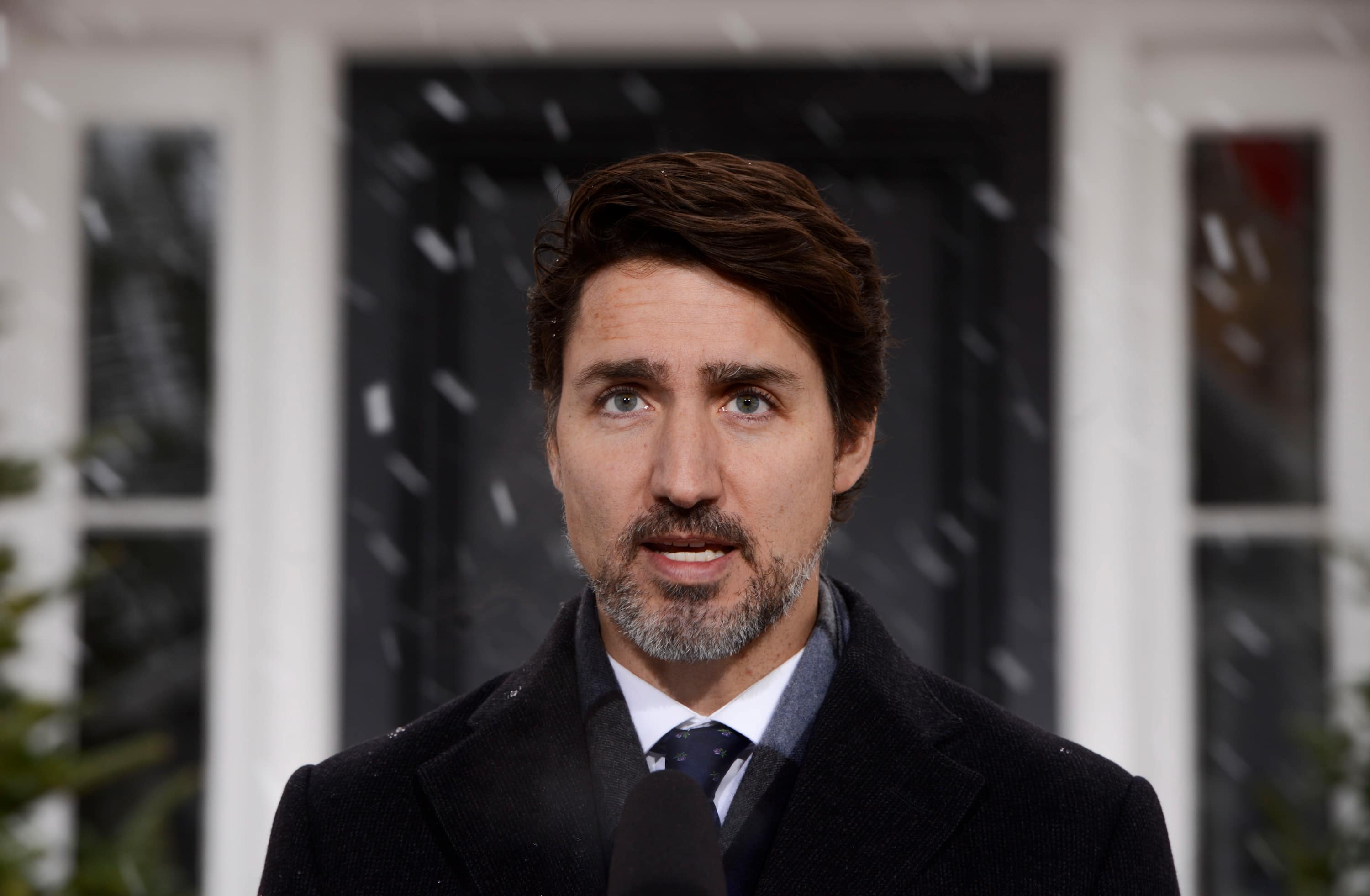 11 months agoVideo
6:21
Sources tell CBC News that the federal government has sent a letter to provinces and territories as part of the consultation period — a required step before triggering a public welfare emergency. 6:21

According to the Prime Minister's Office, Trudeau talked about the importance of having discussions regarding the Emergencies Act.

"He encouraged premiers to share their views on how the act could be used, if required. However, he noted that current measures and the great collaboration between governments are helping Canada fight the pandemic," says the readout of the call.

The two-hour phone call between the premiers and the prime minister then shifted to concerns about the economy and what happens when the health pandemic ends, especially in the oil-dependent provinces of Alberta, Saskatchewan and Newfoundland and Labrador.

Sources said there was also talk of sending money to the provinces to support benefits for essential workers, but the details still have to be hammered out.

With files from Paul MacInnis and Chris Hall