The package includes $27 billion in direct supports and another $55 billion to help business liquidity through tax deferrals.

Combined, the package represents more than three per cent of Canada's GDP. Trudeau said the deep spending and delayed federal revenue will not drive the country into recession, insisting "prudent" decisions made over the last five years have put Canada on a strong economic footing to weather the crisis.

"We will be able to make sure our economy gets back up to speed very quickly," he said.

Parliament could be recalled as early as next week to pass legislation to bring in the fiscal measures.

The supports aim to help Canadians pay for rent and groceries, to help businesses continue to meet payroll and pay bills, and to stabilize the economy. Supports could start flowing in weeks, Trudeau said.

Other measures include a GST credit for low-income Canadians and special support for the homeless and shelters helping people escaping gender-based violence.

Trudeau said there is a "real" desire among opposition political parties to help Canadians, and he is confident that the measures can pass quickly in Parliament.

House leaders from all parties held a conference call today. Government House Leader Pablo Rodriguez said his counterparts from the other parties expressed a desire to work collaboratively and in a responsible way to pass legislation to help Canadians as quickly as possible.

PM assures Canadians the economy will 'bounce back strongly'

Conservative Leader Andrew Scheer said his party will cooperate with the government because it supports measures that put money directly into the hands of Canadians. He said Conservatives would press the government to make sure that nobody who needs support falls through the cracks.

"We believe that in this time frame, when people are going through hardship in real time, that Parliament must react very quickly," Scheer told Power & Politics host Vassy Kapelos.

However, Scheer criticized the finance minister for running budget deficits in previous years, which he said limits the government's fiscal capacity during an economic downturn.

New Democratic Party Leader Jagmeet Singh said he's encouraged by some of the Liberal proposals, but is concerned about the length of time it will take for people to access the funds.

"There's people that we know right now are not able to work, don't have the ability to earn any income, and have bills to pay," said Singh. "People need help right away."

Singh said New Democrats are willing to fast-track any legislation that will ensure money flows to people who need it most. 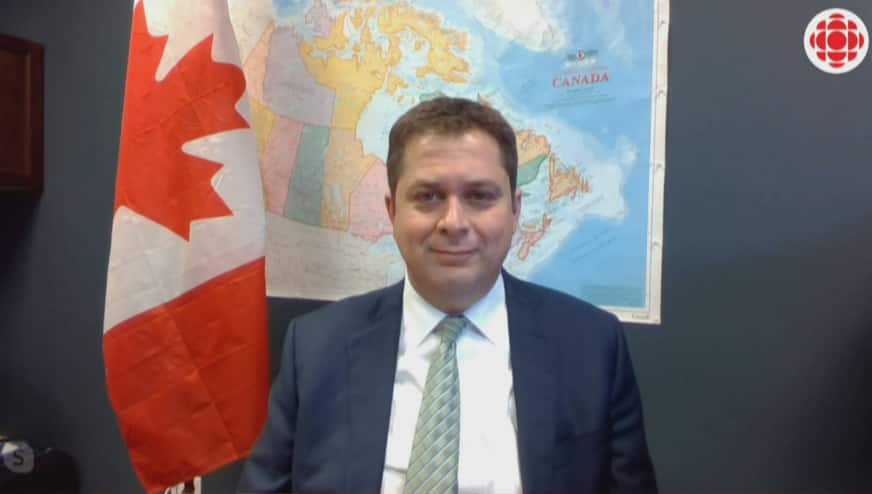 Virus will 'be around for a while'

The number of confirmed and presumptive cases in Canada has risen above 700, with nine deaths — seven in B.C, one in Ontario and one in Quebec.

She said Canadians should not invite others into their homes at this time and should work from home wherever possible.

Tam also warned that the virus will be around for a while and will not be eradicated from the world within months. People need to prepare for another "wave" that could come after an initial containment period, she said.

"You're going to have to prepare as though this virus is going to have more than one wave. I think that's the only prudent thing to do," she said.

Ontario, Alberta, British Columbia, P.E.I., Newfoundland and Labrador, Yukon and the Northwest Territories have all declared either a state of emergency or public health emergencies in order to unlock resources and government powers to ensure access to critical supplies. 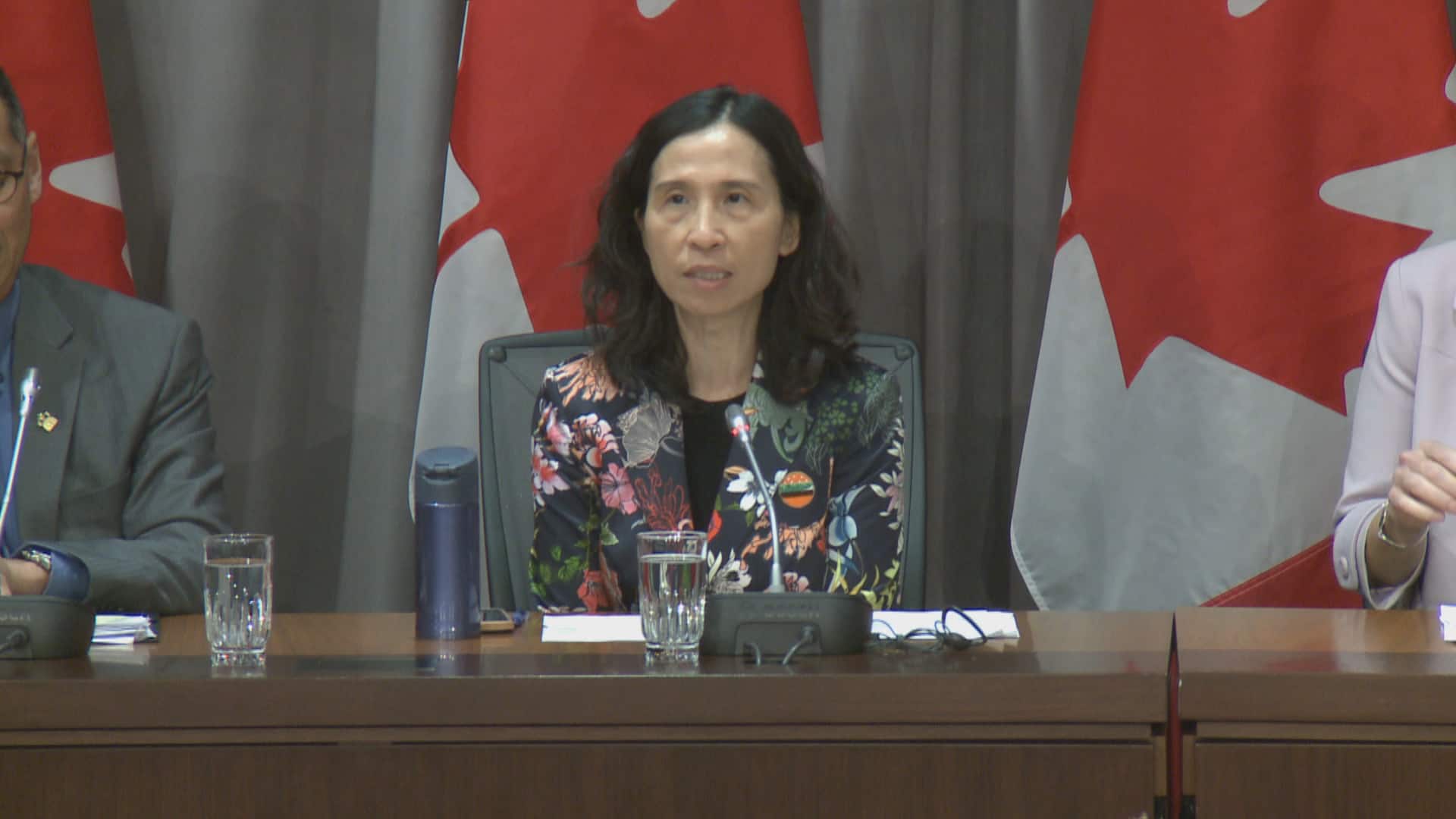 Finance Minister Bill Morneau said the impact of the pandemic is "profound" but assured Canadians the government will do "whatever it takes" to help them through the crisis.

He described today's package as the "first phase" of planned measures.

"Usually, my job is to ensure we maintain our fiscal track, but right now as minister of finance, my only job is to make sure that Canadians can keep food in the fridge, that they can keep a roof over their heads, that they can afford the medicine that they need," he said.

"We've entered this challenge in a very strong fiscal position. Canada's balance sheet is the envy of the world and it means we have the fiscal firepower to respond. We're now prepared to use it."

10 months agoVideo
20:48
Finance Minister Bill Morneau outlines the details of the government's $82B financial aid package, aimed at helping Canadians and businesses during the COVID-19 crisis.  20:48

More information about applying for EI sickness benefits is available on the government's website. Applications for the new benefits will open in April and will require Canadians to attest that they meet the eligibility requirements, and to re-attest every two weeks.

When the new benefits are available, Canadians can apply through the CRA My Account secure portal, through a My Service Canada Account or by calling a toll-free number the government plans to introduce, which will be equipped with an automated application process.

The COVID-19 pandemic has wreaked havoc on the global economy, sending stock prices diving and forcing businesses to shut their doors as governments institute lockdowns and other social distancing measures to slow its spread.

Today, Canada and the United States reached an unprecedented deal to close their shared border to non-essential travel, as both countries try to restrict the spread of the coronavirus.

Trudeau announced Monday the government was closing Canada's border to all travellers except for Canadian citizens, permanent residents and Americans, with exceptions for flight crew members, diplomats and some immediate family members of Canadians.

Canadian businesses of all sizes are feeling the pain from shutdowns, cancellations and public fear as the number of confirmed cases rises each day.

Trudeau said Tuesday that Parliament could be recalled to pass emergency economic measures.

The government is also considering invoking the Emergencies Act, which would grant it extraordinary powers to restrict movement and regulate and distribute critical supplies during the pandemic.

Today, Trudeau said invoking the act would be a "significant step, not one that we feel we need today, but not one that we are closing the door to in the future, if necessary."

Today's announcement is in addition to a $1 billion COVID-19 response package and supports for business already announced by the government.

Another $500 million is going to support provincial and territorial governments.

Morneau also announced last Friday the establishment of a $10 billion credit fund to lend money to businesses to help them continue operations.

With files from the CBC's Ryan Jones