Crown lawyers have wrapped up their case against Mike Duffy after delivering a salvo of stinging personal attacks and accusing the senator of executing a "slush fund scheme." 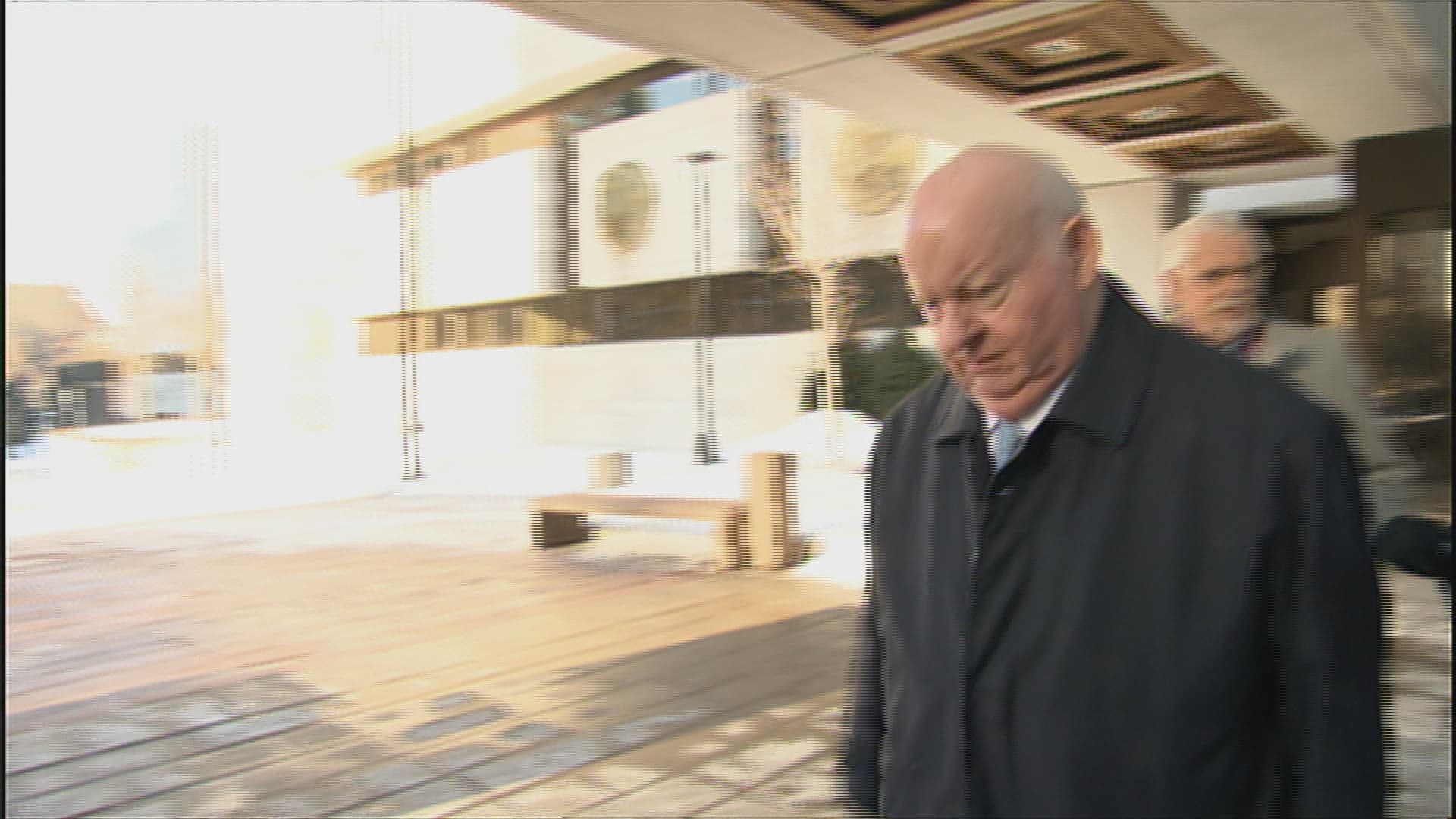 5 years ago
2:05
Crown lawyers have wrapped up their case against Mike Duffy accusing the senator of executing a 'slush fund' scheme' 2:05

Crown lawyers have wrapped up their case against Mike Duffy after a salvo of personal attacks and accusing the senator of executing a "slush fund scheme."

Resting the case with closing arguments, Crown attorney Mark Holmes called Duffy's credibility as a witness into question, noting the former celebrated Conservative caucus member would endorse candidates he barely knew and made a "tidy second income" by giving speeches laced with jokes and anecdotes.

He also called Duffy a "storyteller" and "practised speaker" who relied on lines prepared by others, and suggested there was evidence during the trial that his message had been "manipulated and provided to him."

Summarizing the Crown's criminal case, he said Duffy misrepresented his residency, submitted expense claims he wasn't entitled to, and misrepresented payments to his friend Gerald Donohue.

But moments after the Crown rested its case on day 61 of the trial, Duffy's lawyer waged an aggressive defence, accusing the Crown of taking a "piecemeal" approach that ignores "vast" amounts of critically important evidence.

Donald Bayne's brief but blistering rebuke offered a glimpse of what's to come when he begins closing arguments Tuesday.

In making the Crown's final pitch, Holmes asked Justice Charles Vaillancourt to consider how his recollections and descriptions changed over time.

"Did it seem like he was making it up as he went along?" he asked.

He also recalled how Duffy said there were many cases when then-prime minister Stephen Harper mistreated other people, but failed to provide examples when pressed to do so.

"It's called embroidery, and it may work in broadcasting, but it's outrageous for a witness to do that in a criminal trial," he said.

Holmes said Duffy deliberately deceived Senate staff by setting up a "slush fund scheme" to claim illegitimate expenses. He said certain illegitimate claims were "unknown or unknowable" to Senate administration, referring to a series of payments the senator made to Donohue to pay for third-party services.

That amounted to setting up a pool of money where Duffy had "sole authority" to direct payments, Holmes said.

Senate officials took reasonable steps to evaluate claims, but there are limits to the level of scrutiny, he said.

"They're on the ball. They're identifying things and doing their best," Holmes told court.

The Crown attorney said there is also an "operative assumption" that Senators conduct themselves honourably, and that they submit expense claims honestly and fairly.

Holmes spent considerable time calling into question some of the services paid through Donohue, including a personal fitness trainer and makeup artist, which had been or would likely have been rejected by Senate officials.

Duffy has pleaded not guilty to 31 charges of fraud, breach of trust and bribery related to expense claims and office budgets.

On the question of residency, Holmes said Duffy had asked Harper to appoint him as an Ontario senator instead of a representative of Prince Edward Island because it would be "simpler" because of political rivalries. He subsequently said Ontario was his preference owing to health conditions.

Holmes charged that he was also selective in what he told senior Conservative Senator David Tkachuk, who chaired the Committee of Internal Economy, noting that Duffy confirmed he owned property in P.E.I., but did not disclose it was a seasonal cottage without power in the winter.

The bribery charge relates to the $90,000 cheque from Nigel Wright, Stephen Harper's then-chief of staff. It was cut to repay some of the questionable expenses that were becoming a growing political problem.

Crown prosecutor Jason Neubauer summed up the Crown's case related to that cheque, arguing that Duffy actively set conditions around the payment, including that it would not affect his ability to sit as a senator. There was no "principled opposition" to fighting back the repayment scheme, he said, rejecting the line of defence that the senator was pressured into accepting the deal.

Duffy attempted to shield himself from scrutiny over his expense and hid the source of the money as his actions were always to protect and advance his own interests, Neubaeur added.

"Those things were not done for the public good — they were done for dishonest, corrupt purposes," he said.

When the trial opened last April, it was billed as one of the most sensational political court cases in recent Canadian history and attracted a great deal of media attention.

But public interest has waned since the Conservatives lost power in last fall's general election; the trial once warranted a full courtroom and an overflow room on the third floor. On Monday the case was moved to a smaller room in the basement of the Ottawa courthouse.

The Crown and defence have both provided written submissions to wrap up their cases as a way to speed up the closing arguments after 60 days of testimony.

Bayne blasted the Crown prosecutors today for filing their papers in the eleventh hour late Friday afternoon, leaving him little time to review the material.

Bayne has argued that Duffy's expenses were perfectly legitimate under vague Senate rules and that Duffy did not break the law. He begins his closing arguments at 10 a.m. Tuesday.