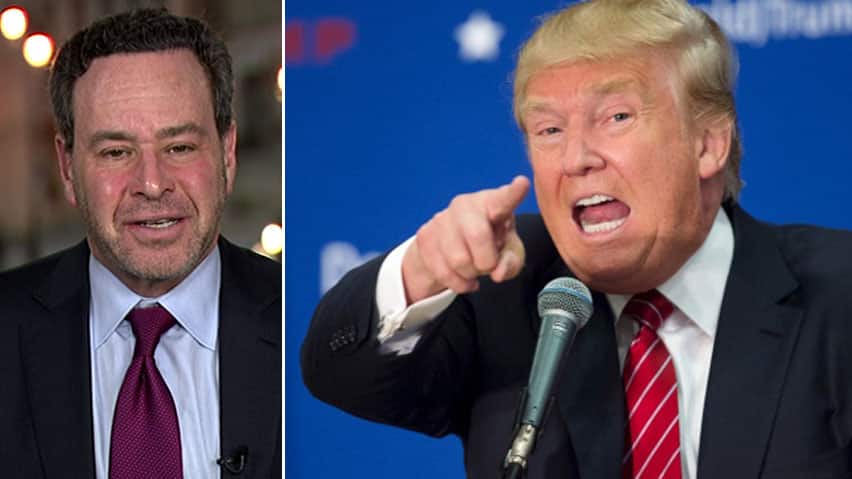 David Frum on what the Trump campaign means for the GOP

5 years agoVideo
7:30
The Atlantic's David Frum says Donald Trump represents 'something deep' in the American world and Republicans need to come to grips with what that is. 7:30

With a little more than a month more to go until the Iowa caucus, Trump — who has been steadily leading his party's presidential nomination race since June — is looking increasingly less likely to make a quick and quiet exit.

"Unless people who are interested in politics get an understanding of what that thing is, of where he comes from, you won't be able to deal with him," said Frum in an interview with Hannah Thibedeau on CBC News Network's Power & Politics.

Frum, whose article "The Great Republican Revolt" is the cover story of the January/February issue of The Atlantic, argues that the Republican Party is now divided on class lines.

"The people who write the cheques and the people who run the party in Congress are one group of people," said Frum.

But on the other side of this class divide remains an overwhelmingly large group of voters who do not have a college education and who have struggled to do well in the American economy — this is the core Trump has tapped into.

"Trump has become their champion against a leadership of a party they still vote for, but have lost faith in," explained Frum.

4 options for the Republican Party

Frum, like many who are concerned over Trump's rise in the polls, believes he's in the race for his own benefits and not those of his country.

"He has an enormous ego and that's not normally something you attach a clutch of nuclear missiles to," said Frum.

So what can the Republican Party do to make sure that Trump's name doesn't make it onto the ballot?

Frum lays out what he believes are the four possible outcomes for the fractured party.

The first option is that of doubling down and spending a lot of money on a new, fresher-faced candidate such as Marco Rubio.

In this scenario, a livelier candidate would serve to replace Jeb Bush's position as the party's initially predicted front-runner.

However, Frum doesn't see this solution as one that would successfully lead the party to a win in the presidential election.

The second option brought forward by Frum is one of tactical concession. This would require making a deal with those wanting to restrict immigration in the same way the party made a deal with the anti-abortionists in the early 1980s.

"We'll keep most of the party's agenda the way it is, but we'll keep your particular demand in our platform the way the pro-life demand was written into the Republican platform in the 1980s," said Frum.

The third option, and one that Frum views as a likely possibility moving forward, is to change the rules of the game.

Here he argues that if the Republicans control the Senate, the House of Representatives and most of the State Houses, they may decide to hold on to the power that way.

"If winning the presidency takes uncomfortable change, then maybe the presidency is something that is good to have but not a must have for the majority party in the legislature."

A fourth and final option is to see true reform happen within the party. While Frum favours this option, it remains unlikely.

This option would put together elements of stronger protection for retirement security as well as investing in hard infrastructure, and mending Obamacare instead of simply pushing to repeal it.

On Monday, South Carolina Senator Lindsey Graham announced he would be ending his campaign for the Republican presidential nomination, leaving the total number of candidates still running at 13.

But Frum expects the number to drop and for the race to narrow down very quickly in the coming weeks.

"There's a saying that presidential candidates don't quit, they just run out of money."

Trump continues to hold on to his spot as the front-runner in the race with some polls placing him at 37.8 per cent, still significantly ahead of candidates Ted Cruz and Marco Rubio.