After Trump's Paris pullout, MPs line up behind climate change accord

The Liberals are leaning into this moment of Trump-era climate politics - and in so doing, they seem to want to test the Conservative opposition.

Liberals are newly enthusiastic, but reducing emissions won't be easy

If nothing else, Donald Trump has an ability to enliven the public debate.

Trump's announcement that the U.S. would withdraw from the Paris accord on climate change "was hard on morale, for sure," said Catherine Abreu of Canada's Climate Action Network in an interview last week.

"But having 24 hours to kind of sit with it and see the reaction, I feel like Trump kind of instigated one of the most poignant moments, of every corner of the globe expressing its commitment to climate action, that we've seen basically since the signing of the Paris agreement."

This could be Trump's gift to the planet: that his belligerence might be a rallying point for action.

Indeed, the woman who oversaw the accord tweeted her thanks.

​"Thank you Trump," wrote Christiana Figueres, the former executive secretary of the United Nations' climate change secretariat. "You have provoked an unparalleled wave of support for Paris and determined resolve on climate action. Deeply grateful."

On Monday, Justin Trudeau climbed into a kayak to mark World Environment Day and, after emerging from the water, delivered a short, fiery statement that possessed a similar enthusiasm.

"Canada is all in," he said, still wearing a life jacket. "Canada will not back down from our commitment to fight climate change."

The Liberals are leaning into this moment of Trump-era climate politics. And, in doing so, they seem to want to test the Conservative opposition. 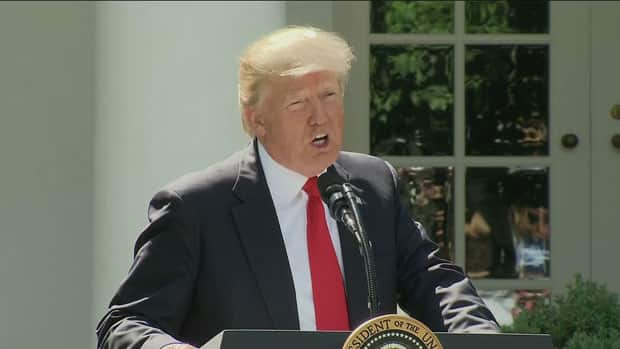 Can the Paris accord last without the U.S.?

A nearly unanimous vote for the Paris accord

It remains to be seen what "more" Canada will be doing — a summit with China and European ministers is planned for the fall — but after Trump's announcement, the government gave notice that it would be asking the House of Commons to confirm its support for the Paris accord.

The accord had already been part of a motion that the Liberals moved last October, which Conservatives voted against.

In that case, Conservative MP Ed Fast said he and his colleagues "unreservedly" supported the Paris agreement but objected to the Liberal approach to reducing greenhouse gas emissions, which included pricing carbon.

In this case, the Liberal motion made no reference to government policy.

For a moment, that seemed to create some suspense about how Conservatives would vote this time.

Responding for the Conservatives, Pierre Poilievre committed 4,700 words to the House record but made no mention of Paris. In lieu of commenting on the accord, Poilievre lamented that the government had not released analysis on the impact of setting a price on carbon emissions and worried about how much it might increase the cost of children's bicycles.

But when the vote was called on Tuesday night, just one Conservative — Cheryl Gallant — stood against. Liberal MPs cheered the Conservatives who voted in favour.

That Conservatives are willing to support the accord is no small thing, but then, as Conservative MP Gerard Deltell noted in debate, Canada's current target under the Paris agreement is the same as it was under Stephen Harper.

On Twitter, there was some celebration of the result. But beneath that nearly unanimous vote, there are divisions.

In October, an Abacus Data poll found that a federal carbon price was considered "good" or "acceptable" by a majority in every province except Alberta, Saskatchewan and Manitoba, collectively home to 38 of the Conservative party's 99 MPs.

A recent survey by Angus Reid found that 68 per cent of "core" Conservative supporters felt economic growth should be prioritized over environmental protection, whereas majorities in every other subgroup felt otherwise.

Liberal enthusiasm will be challenged

For now, Conservatives are proudly opposed to the "Liberal carbon tax" — a point highlighted in a fundraising appeal on Tuesday night. But that criticism doesn't leave them with many easy options for counter-proposals.

Which is not to say that Liberal enthusiasm will breezily win the day.

However energized the prime minister might be to fight climate change, his life would no doubt be easier if the U.S. administration was pursuing a comparable agenda. That would, at the very least, deprive critics of the complaint that pricing carbon will disadvantage Canadian companies.

In lieu of continental harmonization, Trump might be a useful spectre. Canadian policy might even draw greater investment in clean technologies. But the Liberals will still face complaints from all sides, not least the blame for any economic cost, real or perceived. 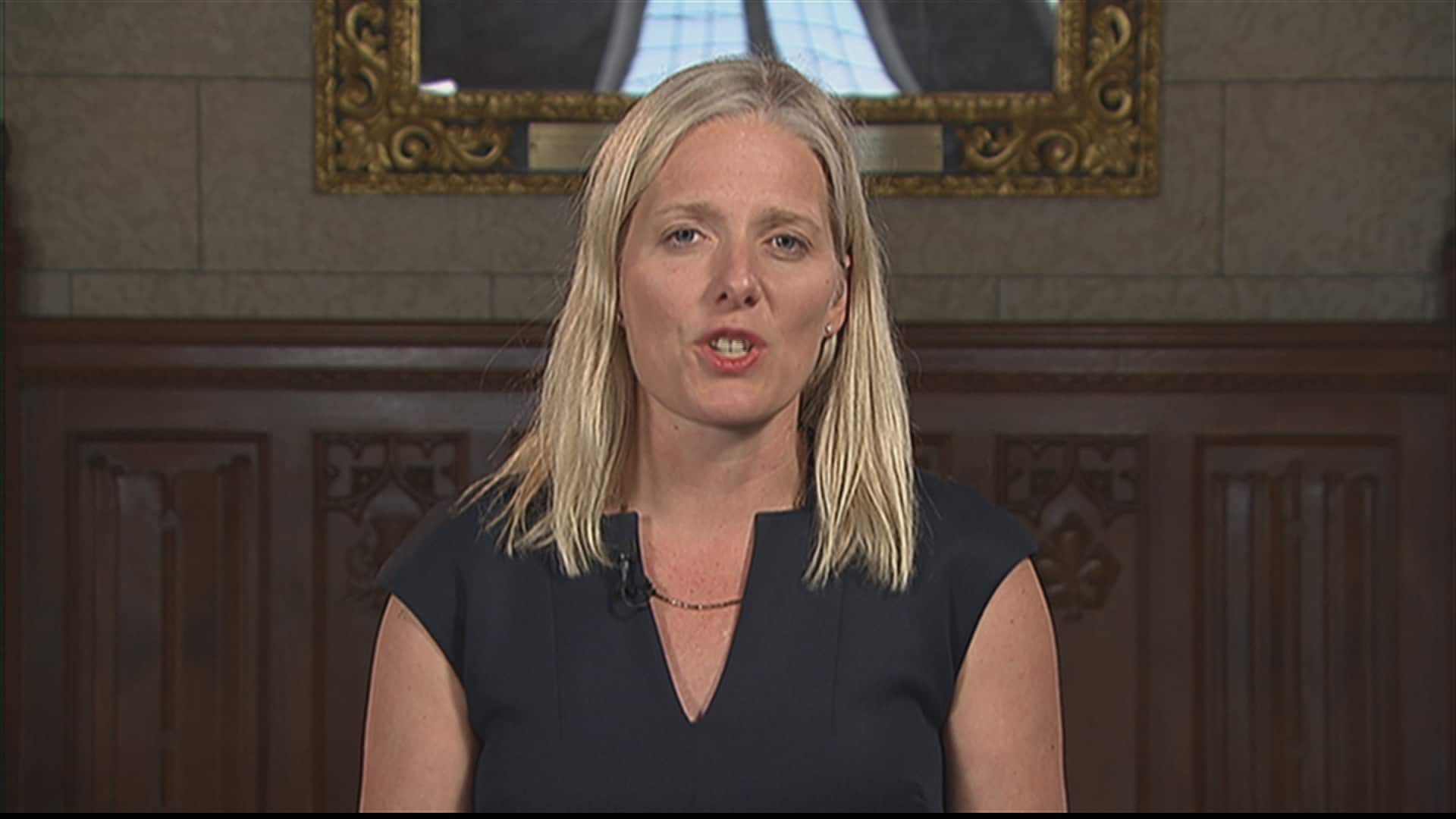 Trump is pulling the U.S. from the Paris Climate Agreement

After Poilievre lamented for cost of government intervention on Monday, the NDP's Linda Duncan enumerated all of the things this government wasn't doing: committing to steeper reductions in emissions, eliminating subsidies for fossil-fuel industries and reinstating the eco-energy retrofit program.

If the environmental movement is newly motivated by Trump's withdrawal, it could mean louder protests of energy projects such as Trans Mountain, Site C or Keystone XL.

On climate, as on other issues, the Liberal play is to occupy the space between the Conservative and NDP positions — to both price carbon and build a pipeline or two. Of course, there are Canadians who hate both of those ideas. For either group, Liberal enthusiasm might seem misplaced. Depending on the implementation of policies, that enthusiasm is not guaranteed to age well.

In this case, Conservatives and New Democrats might help the government by sticking to distant positions. Or they might try to pull the Liberal consensus apart.

Trump has likely made it harder to be on the side of not acting to address climate change. But it is the prospect and reality of actually doing something that has bedeviled Canadian governments, and the world, for three decades.