Doctor-assisted suicide: What are Parliament's next steps?

The federal government could chose to work with Conservative MP Steven Fletcher on his private member's bill, which proposes to make physician-assisted death legal, in response to Friday's Supreme Court of Canada ruling. 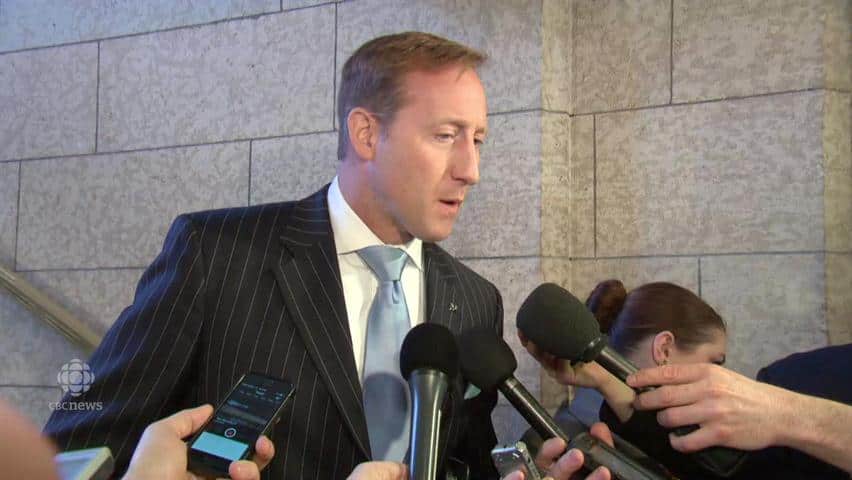 6 years ago
1:29
The minister of justice says the government has 12 months to "thoughtfully review this very important decision." 1:29

The Supreme Court has given the federal and provincial governments 12 months to amend legislation that bans doctors from assisting patients who have chosen to die.

If there is no legislation passed in the next year, the court's ruling will strike down the existing law.

So, what are the federal government's options?

It could choose to work with Conservative MP Steven Fletcher on his private member's bill, which proposes to make legal physician-assisted death.

Fletcher said the Supreme Court's decision used "extraordinarily similar wording" to his already introduced backbench bill, which was also introduced in the Senate before Christmas. Fletcher became a quadriplegic after hitting a moose with his car in 1996.

"That bill could be used as a foundation for parliamentarians going forward," he said. "The other advantage of it going through Parliament is there are a lot of stakeholders in this area and I am quite happy to have a bill go to committee and be questioned and gone through the grinder to ensure that we have the best possible outcome."

He added that he believes there should be a provision in the law to prevent abuse.

"I don't want people, because they have a bad hair day, to get their car mechanic to take them down," he said. "We want to make sure that we move forward quickly but thoughtfully, and the Supreme Court has really given us a clear path."

But with a federal election coming sometime this year, Fletcher said it's unclear if his bill would be given priority before government is dissolved.

Minister of Justice and Attorney General Peter MacKay said that the upcoming election was "a consideration but not the primary consideration" in responding to the ruling.

"There is a wide and obviously very emotional range of perspectives on this issue. But it has very far-reaching implications, so we intend to take the time to look at this decision carefully, thoughtfully. The Supreme Court, as you will know, as part of the decision, has provided a 12-month period in which the current law remains in effect and so that provides this opportunity for a very important examination of all of the implications," he said.

The government could chose to start from scratch to craft legislation to respond to the ruling.

If the government does not change the law within 12 months, the court's exemption for physicians will stand.

The Supreme Court ruled that assisted suicide would only be exempt if it involved a physician — and only in specific cases involving a competent adult. But André Schutten, legal counsel for the Association for Reformed Political Action, said he's worried the limits imposed will eventually be pushed.

Schutten said he'd like Parliament to impose strict limits, including requiring judicial review at the Superior Court level for requests for assisted suicide, and video recordings through every stage of the process to confirm there was full consent and no hesitation or doubt on the part of the requester.

"I think the court has … signalled Parliament, you can set up a restrictive regime with very strict safeguards. I think the language of the judgment contemplates a robust, very strict, complex regime," he said.