Federal government to provide $14B to provinces, territories to 'safely' restart economies

The federal government is providing $14 billion to the provinces and territories to help them "safely and carefully" reopen their economies, but the premier of Canada's most populous province says it's not nearly enough.

The federal government is providing $14 billion to the provinces and territories to help them "safely and carefully" reopen their economies — but the premier of Canada's most populous province says it's not nearly enough.

Prime Minister Justin Trudeau made the announcement at his daily news conference outside his residence at Rideau Cottage this morning, saying the money will help pay for more personal protective equipment (PPE) for front-line health care workers and businesses, and for child care so that parents can go back to work.

"Provinces and territories are facing different realities, so flexibility will be important, but here's the bottom line: For seniors and people who need extra support, for kids and workers – this plan is here for you," Trudeau said.

"With this safe restart agreement, we're proposing a standard of support to keep every Canadian, right across the country, safe and healthy as we get our country back on their feet." 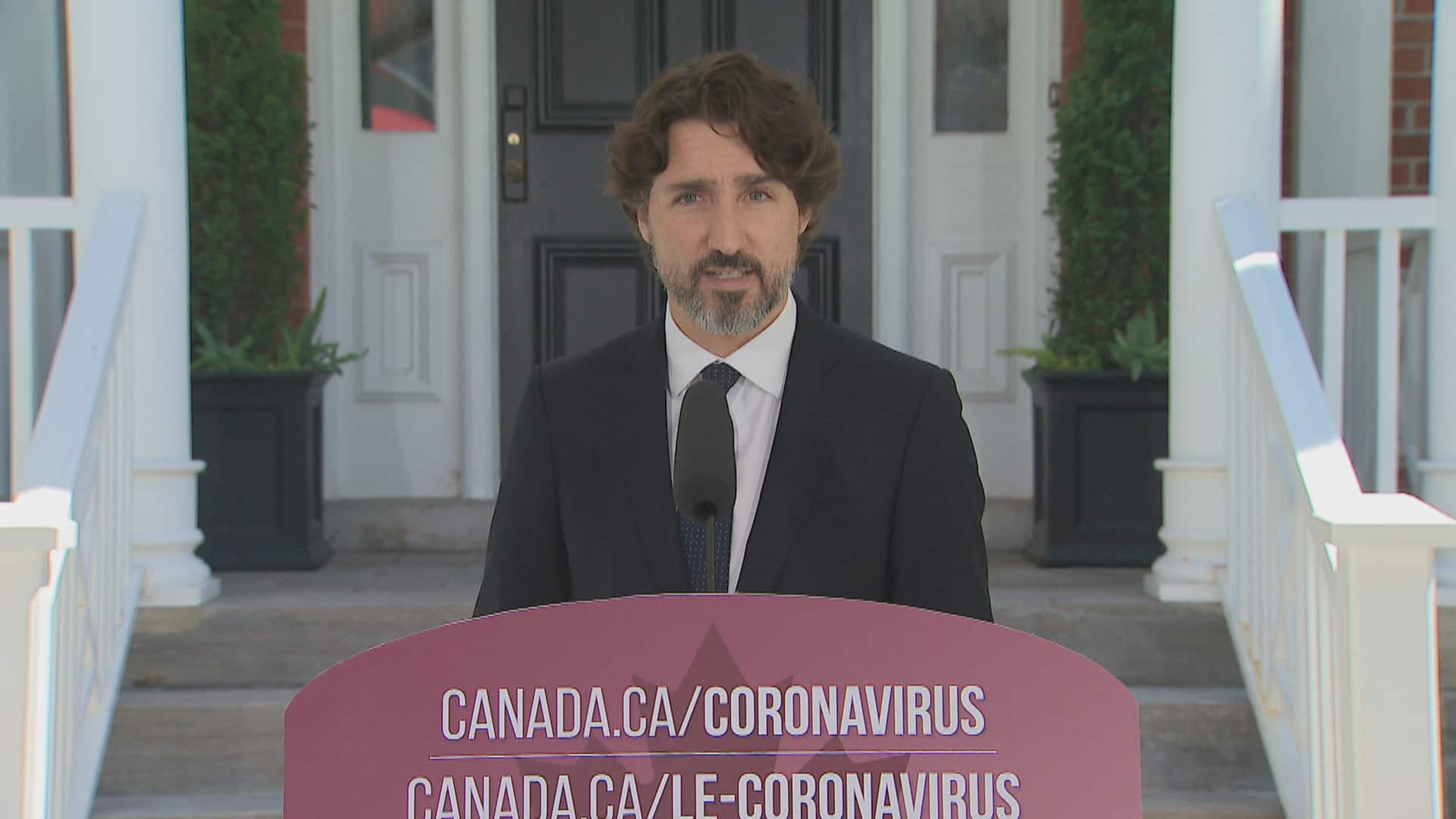 Provinces, territories getting $14B to help kickstart economies: PM

6 months agoVideo
2:19
Prime Minister Justin Trudeau says the federal government is working on a "safe restart agreement" with provinces and territories and providing them with $14 billion to help them reopen their economies. 2:19

Some of the money going to provinces and territories is meant to help them improve the state of long-term care, and to help municipalities continue providing core public services such as transit.

The government is saying little at this point about how the money will be carved up and when it will flow.

Ontario Premier Doug Ford said it's a "start" but $14 billion falls far short of what's required to address the "massive need" in his province.

"We really are approaching this by saying to the provinces and territories, 'We understand that a safe restart is essential and that it is expensive,'" she said.

"We said from the beginning of this crisis — we are not going to quibble about federal-provincial responsibilities. We are going to be there to support Canadians across the country and that is what we're doing here."

Freeland also stressed that the federal funds are meant to help with the first six to eight months of economic recovery.

The $2.2 billion in annual infrastructure funding for communities, paid out of the gas tax fund, will be delivered in one payment in June, giving municipalities earlier access to previously allotted money.

Municipalities have said they need $10-$15 billion in direct funds.

Bill Karsten, president of the Federation of Canadian Municipalities, said today's announcement of $14 billion is the "clearest commitment yet" from the federal government to working with the provinces and territories to solve the municipal financial crisis.

'This is real progress'

"This is real progress. Canadians need all governments working together on this. Municipalities have called for direct emergency funding from our federal and provincial governments," he said. "It needs to get to communities fast and not get bogged down in jurisdictional wrangling, and we're looking to provinces and to Ottawa for their urgent next steps."

Trudeau also announced that Canadians with disabilities will receive a one-time payment of up to $600 to help offset the higher costs of living during the pandemic.

The government has announced emergency aid for unemployed Canadians, students, businesses and seniors, but advocates say that people with disabilities were falling through the cracks. 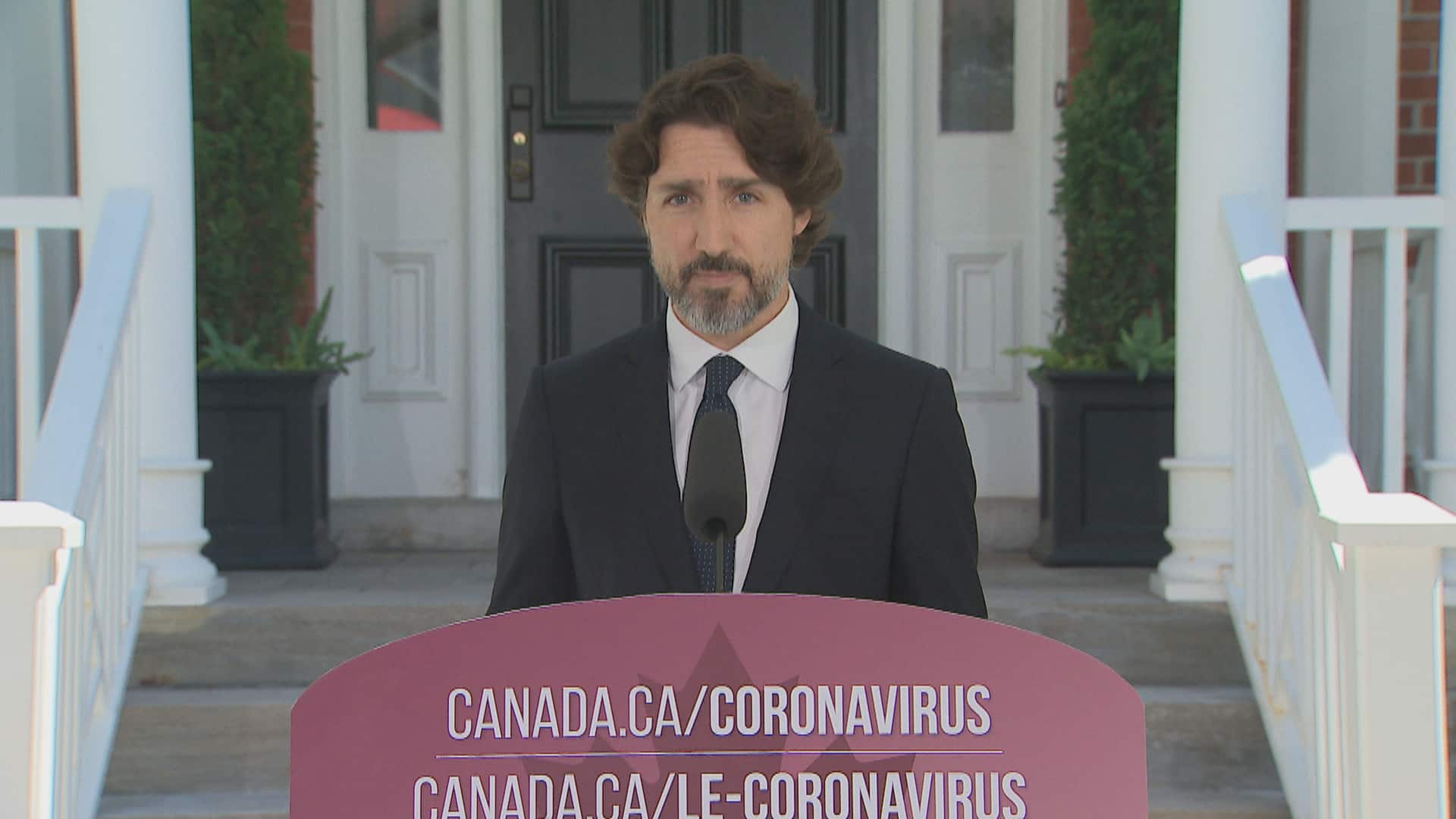 6 months agoVideo
0:56
Prime Minister Justin Trudeay says Canadians with disabilities will receive a one-time payment of up to $600 to help offset higher costs of living during the pandemic. 0:56

Many face increases in the cost of living, such as higher grocery bills and delivery service fees.

"Whether it's buying PPE, or covering the cost of support workers, many Canadians with disabilities are facing unexpected bills that can be hard to pay," Trudeau said.

"Parliament called on the Liberals weeks ago to provide more supports for people with disabilities. When it comes to delivering on programs to support people during this pandemic, the Liberals have let Canadians down," he said.

''This government made people living with disabilities wait 12 weeks for a one-time payment that won't reach many of the poorest among them who needed help the most," he said. "Instead of getting help to everyone who needs it, this government has created another giant crack for people to fall through.''