Hassan Diab, the Ottawa academic accused of bombing a Paris synagogue in 1980, faces another delay in a French court.

The French court of appeal has delayed until at least September a key decision in the case of Hassan Diab — the Ottawa academic accused of a 1980 bombing in Paris — due to the sudden appearance of new evidence.

France had appealed a January decision to release Diab and send him home to Ottawa. Three French magistrates in Paris were expected to rule on the appeal Friday.

But instead of making a ruling, the judges said evidence supplied by Greek authorities had yet to be translated and turned over to parties involved in the case for review. They set the case over until Sept. 28.

It means another delay for the 64-year-old who's been in legal limbo since he was arrested by the RCMP a decade ago at the request of French authorities.

"We waste time," Diab's lawyer William Bourdon said, voicing his frustration. He acknowledged there's no guarantee Diab's case will be settled this year.

The news reached Diab and his wife Rania Tfaily in their Ottawa apartment shortly after 3 a.m. today, when their phones starting pinging with text messages from their Paris lawyers.

"It's really frustrating. What else can we do?" said Diab. "We did everything. 'Frustrating' is really a small word."

"They have had since 1980. Hassan has been arrested since 2008. So this is over ten years," she said. "Should we wait for the next twenty years? Thirty years?"

Diab, a 64-year-old Ottawa university lecturer, was suspected by French authorities of involvement in the 1980 bombing of a Paris synagogue that killed four people and injured more than 40. Diab has consistently maintained his innocence.

He was arrested by RCMP in November 2008 and placed under strict bail conditions until he was extradited to France in 2014. Diab spent more than three years in prison in France before the terrorism case against him fell apart.

He was never formally charged.

This delay represents the newest twist in a case that has raised troubling questions about the standard of evidence required by Canadian law for extradition.

Robert Maranger, the Ontario Superior Court judge who ordered Diab's extradition in 2011, wrote in his decision that France had presented "a weak case; the prospects of conviction in the context of a fair trial seem unlikely."

Maranger ordered Diab's extradition on the strength of handwriting analysis that allegedly linked Diab to the bomber. It was said to be the only piece of physical evidence linking Diab to the 1980 terrorist attack.

But in their January dismissal order — obtained by CBC News — the French investigative judges ultimately dismissed that evidence as unreliable. 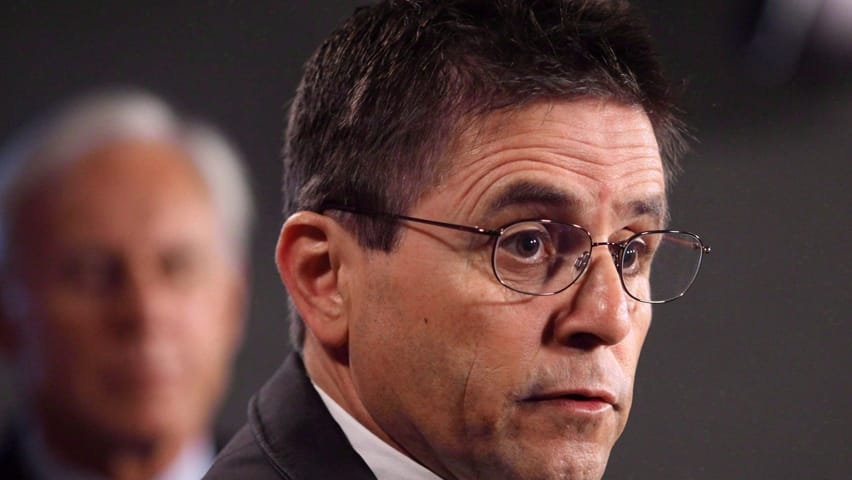 3 years agoVideo
4:34
France failed to disclose key evident exonerating a Canadian of a terrorist attack. CBC News has learned French officials did not share fingerprint comparison evidence in their possession with their Canadian counterparts, that ultimately helped to clear Hassan Diab of committing a terrorist attack. 4:34

The handwriting evidence was the subject of intense arguments between the prosecution and defence. Two French handwriting experts had compared writing on Diab's university and immigration records to French documents thought to have been filled out by the suspected bomber.

Diab's lawyer, Donald Bayne, successfully discredited those appraisals when defence experts questioned the methods and conclusions of the French experts. They also proved that some of the comparison samples used in the French analysis didn't even belong to Diab but were actually samples of his ex-wife's handwriting.

But defence experts argued the French expert behind this new handwriting analysis was "biased, unqualified, and based her conclusions on flawed methodology" and that her conclusions were "patently unreliable ... wholly unreliable" and "fatally flawed."

In January, the French investigative judges agreed, writing that the key evidence that led to Diab's extradition "cannot be accepted as sufficient incriminating evidence."

During the extradition hearings, Canadian courts were never allowed to consider key fingerprint evidence that could have tipped the odds in Diab's favour. Under Canadian extradition law, the prosecution is under no obligation to present evidence that points to a suspect's innocence.

But the French investigative judges did see that evidence. They noted that Diab's fingerprints were compared to 16 different samples obtained from documents handled by the suspected bomber and a car he is believed to have rented. Not a single positive match was made.

The judges concluded that "the absence of Hassan Diab's fingerprints among all those revealed ... is unquestionably an essential element of discharge."

Diab had an alibi

Another key factor in Diab's release was the high probability that he wasn't even in Paris on the day of the bombing. Using university records and interviews with Diab's classmates, the investigative judges determined he was "probably in Lebanon" writing exams when the Rue Copernic attack happened.

Some of the documents that outlined Diab's university activities were in the hands of French investigators in 2008, but they weren't translated until 2016 — eight years after France asked Canada to arrest Diab.

Diab was never allowed to present his alibi to Canadian courts because Canada's extradition laws forbid the accused from calling evidence in their defence.

The French case against Diab also relied heavily on information obtained by French, German and Israeli intelligence services. Much of it came from unnamed sources, or was obtained through methods that were never shared with the court.

In their decision ordering Diab's release, the French investigative judges described the intelligence information as "full of contradictions and inaccuracies" and concluded it could not "be considered as evidence to establish the guilt of Hassan Diab."

The judges dismissed evidence that suggested Diab had links to a Palestinian extremist organization as uncorroborated. They also rejected Diab's resemblance to police sketches of the bombing suspect, noting that another suspect — who was in Paris at the time — resembled the sketches "at least as much, if not more" than Diab did.

In the hours before this latest French court decision, Justice Minister Jody Wilson-Raybould announced she had asked the former deputy attorney general of Ontario, Murray Segal, to conduct an external review of Diab's extradition  — a move Bayne called "fundamentally wrong and disappointing."

Segal will be asked to assess whether Department of Justice officials followed the law and departmental procedures while conducting the extradition.

He also will assess whether government lawyers who handle extradition cases need to change their approach, and if Canada needs to address specific issues with France over that country's treatment of Diab.

But Segal isn't being tasked with a review Canada's extradition laws — something that has been a key demand of Diab and his supporters. Segal's authority also falls short of the judge-led public inquiry demanded by Diab, rights groups such as Amnesty International and some politicians.

"This is so fundamentally wrong and disappointing," said Bayne. "As fine a fellow as Murray Segal is, he is not an independent judge. He's a career prosecutor."​

Bayne said the external review will not allow for a cross-examination of Justice Department officials in the way a public inquiry would.

"Where is Hassan Diab's right to challenge what they did to him? Only a public inquiry can have credibility," Bayne said.

Segal spent decades holding senior positions in the Ontario public service before leaving for the private sector, where he has worked as a lawyer, mediator and consultant.

He has led a number of high-profile reviews — notably the independent probe of the actions of Nova Scotia police and public prosecutors in the Rehtaeh Parsons case. He also has conducted reviews of CSIS and the Criminal Law Branch of British Columbia.