Canada has so far issued 928 permanent resident visas to Syrian refugees — but there is still no timeline for when they could start arriving. Immigration Minister John McCallum blames red tape overseas for the delays.

Canada has so far issued 928 permanent resident visas to Syrian refugees — but there is still no timeline for when they could start arriving.

"Not all of them yet have exit visas from Lebanon, and we are working really, really hard to expedite that so they can get those exit visas as soon as possible," McCallum said an interview with Chris Hall, host of CBC Radio's The House.

McCallum also said the first group of new refugees will be flown to Canada on a military plane — although the date for that flight has yet to be set because of the lack of exit visas.

"That will be followed by further flights that will be leased," he added. All flights will be arriving in Toronto and Montreal, and the refugees who will be resettled in other cities will travel on from there.

The government also intends to launch a website that will provide regular updates on the progress and delays for the Canadian population, McCallum said.

'What I want to do is be clear and transparent and take the 35 million along with us on the voyage," he explained, "and let them see the good things and let them also see the challenges."

Minister for International Development Marie-Claude Bibeau made the announcement Thursday, following through on a Liberal election promise and filling in some of the blanks regarding Canada's plan to bring 10,000 more refugees to this country in the next five weeks. 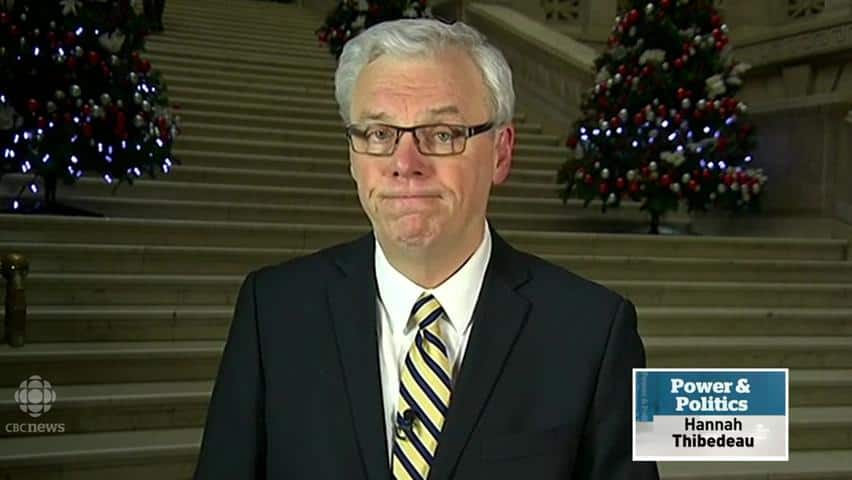 "We know that Syrian refugees are cutting on meals, taking on debt to meet their basic daily needs and risking their lives to leave Syria," Bibeau said. "This funding to UNHCR will help to make these decisions a little less difficult by helping to meet basic needs."

The minister says the refugee agency will use the money for shelter, protection, education and health.

With this announcement, the government says Canada has provided a total of nearly $1 billion in aid funding in response to the crisis in Syria.

The government is relying heavily on the UN agency to accomplish its goal of bringing in 25,000 more Syrian refugees to Canada before the end of February. Beyond providing urgent humanitarian assistance to those in the refugee camps, the agency also registers and interviews each asylum seeker.

The Canadian government has asked the UN agency to identify those who are most vulnerable and to put them at the head of the line to come to Canada.

The government says the priority list isn't just to help those most in need, but also to "minimize security risks," by concentrating on individuals considered to be at low risk of radicalization.

About 500 Canadian officials have also been deployed overseas to individually interview and screen each of the asylum applicants flagged by the UN before they are allowed to travel to Canada.

After years of living with the violence of war and in a refugee camp, the mental health of the refugees will also be a key concern, said Canada's Health Minister Jane Philpott.

She said that prior to the conflict, Syrians had good health indicators in terms of global averages, but the effects of the civil war have taken a toll.

"Those who will be welcoming refugees need to be mindful of that and watching over time as trauma-related mental health concerns come to the surface," she said.

In related news, Gov. Gen. David Johnston has announced he will host a forum next week in Ottawa to discuss welcoming refugees.

In a statement released by Rideau Hall, Johnston said more than 100 people from the public and private sectors, as well as members of civil society, will gather to discuss supporting the settlement and integration process.

A number of private-sector companies are already opening doors and wallets to help in the efforts.

Some are donating apartments to house the new arrivals and others are donating cash to help organize sponsorships for families.