The Liberal government has confirmed it's sending a detachment of helicopters and support troops to the troubled West African nation of Mali, as it ticks off a number of its peacekeeping commitments.

Canada will send up to six helicopters and as many as 250 aircrew and troops to the troubled West African nation of Mali this summer, the Liberal government confirmed Monday. 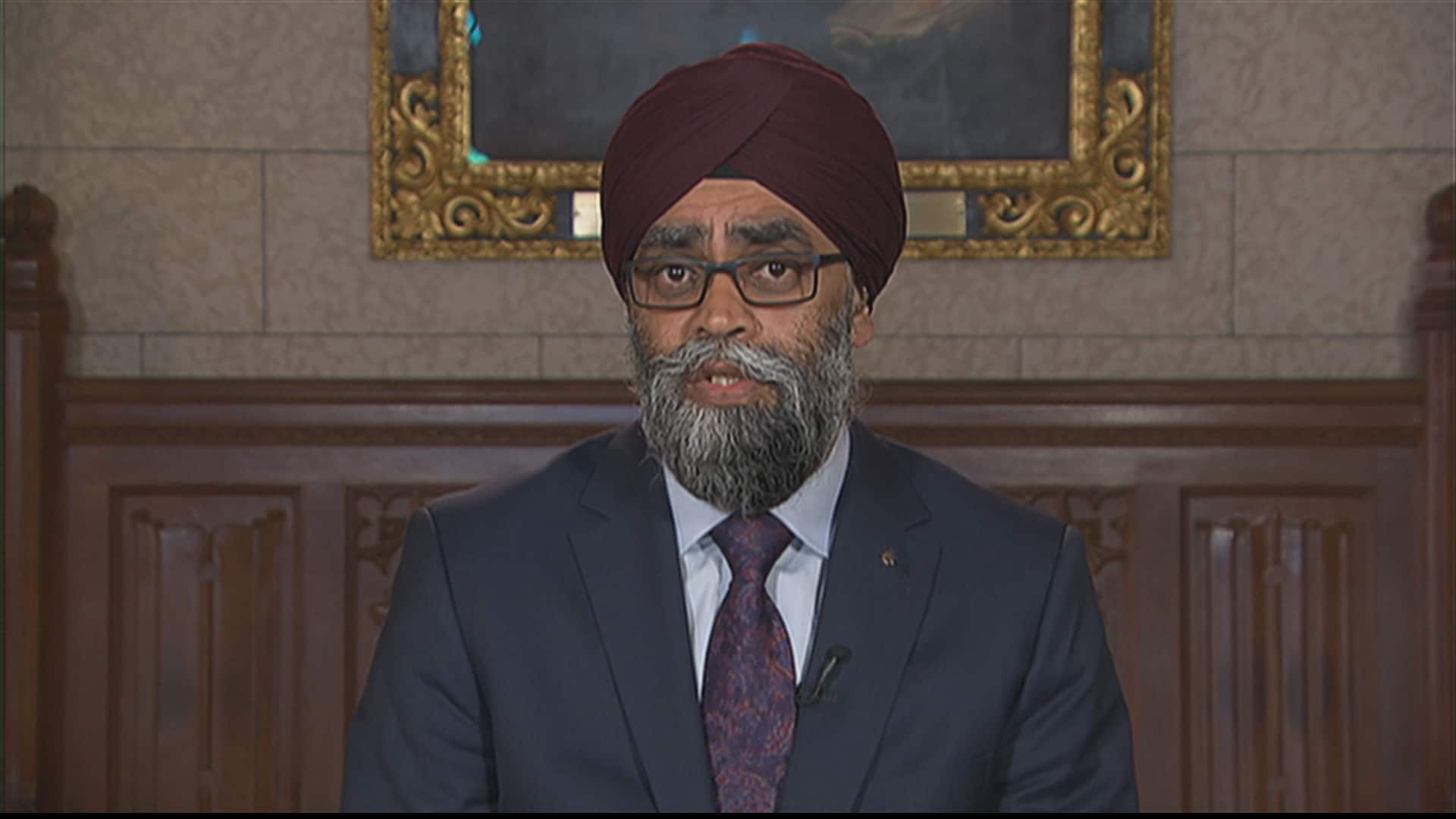 3 years agoVideo
7:10
'This is how we're actually going to change peacekeeping and modernize it,' says Defence Min. Harjit Sajjan. 7:10

Defence Minister Harjit Sajjan and Foreign Affairs Minister Chrystia Freeland made the announcement in the foyer of the House of Commons, providing little more in the way of clarity than the broad aspects of the mission that were leaked last week.

The country's top military commander, Gen. Jonathan Vance, told the news conference that planning is still underway, including consultations with the UN.

A spokesperson at the UN said Monday the helicopters are expected to be deployed in August.

"This is very much a welcome development," said Stéphane Dujarric.

"As we know, Mali has been one of the deadliest peacekeeping missions for UN peacekeepers over the last few years. Unfortunately, on a monthly basis almost, if not more, we have seen peacekeepers being attacked, targeted or killed by improvised explosive devices."

In an interview with CBC News later Monday, Vance said the military is aiming for August, but Canada still needs to consult with the Germans over their contingent, which is being replaced by Canadians.

The Chinook helicopters will be tasked with transporting other UN peacekeepers and the Griffons will act as "armed escorts," he said. 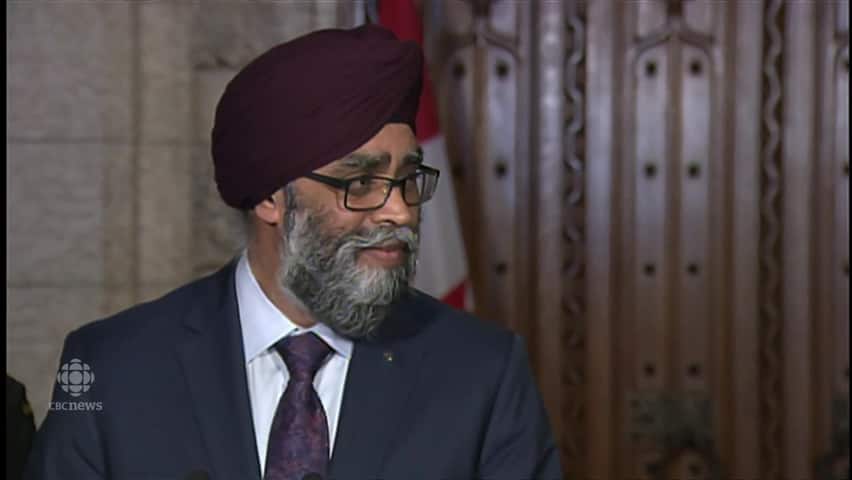 Both the Germans and the Dutch have occasionally used their armed helicopters to support UN troops in Mali when they've been ambushed.

"At this juncture, the planning we're doing is armed escort," said Vance, noting again that Canadian planners need to speak with the Germans.

"It is possible in the tasks that we look at, they could be used for support to ground forces. It is possible. We've got to look at it. We need to get a lot more detail."

Separately, Sajjan and Freeland also said they're getting closer to deploying a C-130 Hercules aircraft for tactical support in Entebbe, Uganda, which was promised back in November during a peacekeeping conference in Vancouver.

If that deployment comes through, it would mean Canada delivered on two of its so-called 'smart pledge' promises to the UN.

The Liberals have insisted the deployment is a non-combat mission.

On Monday in the House of Commons, Prime Minister Justin Trudeau said the government is reaching out to opposition parties to hold a debate on the deployment.

The Conservative Party is suggesting Monday's mission announcement is all about helping the Liberals secure a spot on the UN security council.

"This seems to be a patchwork to meet Justin Trudeau's peacekeeping commitment. Mali is not a peacekeeping mission," said foreign affairs critic Erin O'Toole. "What are the rules of engagement? Who decides when that Griffon or that Chinook is deployed?"

The Tories' defence critic, James Bezan, said his party wants a parliamentary debate on the mission.

"Mali is a war zone. This is a combat mission," he said.

With about 162 fatalities to date, Mali is the deadliest UN mission on the books at the moment.

Vance said nine Western soldiers are among the dead. The bulk of them, however, are from UN countries whose militaries are not as well-equipped and trained as Canada's. 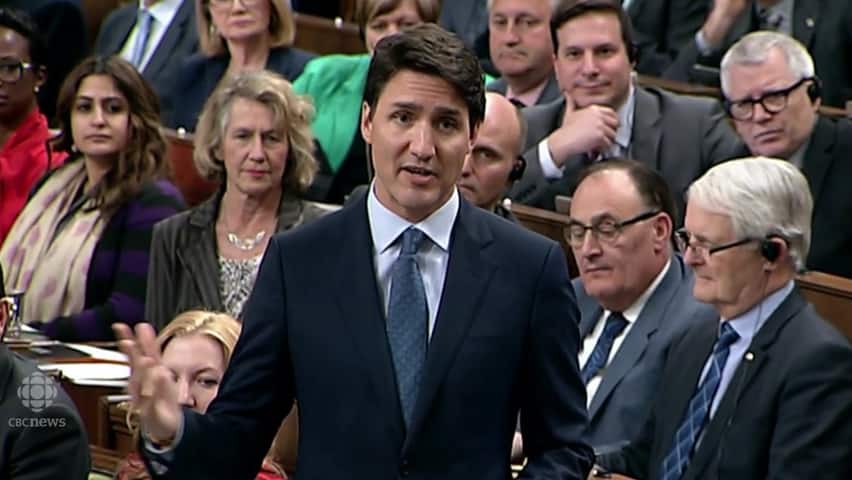 Four the fatalities have been related to helicopter operations.

Even so, Vance himself has described Mali as a "dangerous" place.

"We will do everything we can to mitigate the risks," Vance said.

The country faces not only an armed insurgency but Islamic extremists who have focused many of their attacks directly on UN troops.

Walter Dorn, a professor of defence studies at the Royal Military College of Canada and one of the leading experts on peacekeeping, backed up Vance's assessment, but said Canadians should still be braced for casualties.

"It is a fairly dangerous mission. Not nearly as dangerous as Afghanistan" he said. "It is possible well-equipped Western forces can meet their fate in Mali."

Other security experts wonder if the mission will put Canadians at home at risk of reprisals by the jihadist groups fighting in Mali.

Three notable terrorist organizations are active in the troubled country: al-Qaeda in the Islamic Maghreb, Ansar Dine and the Movement for Unity and Jihad

"Regardless of their intent or their mandate, our men and women will be targets for terrorist violence and I would be very surprised if jihadi social media posts do not start listing Canada as a legitimate aim for attacks," said Phil Gurski, a retired CSIS agent and analyst.

"Not that their propaganda always translates into action, but having your country and people named as the object of terrorism is seldom a good thing. We have seen plots and successful attacks on our soil by those inspired by jihadi groups abroad. It is not beyond belief that we will see more, perhaps tied to our Mali mission." 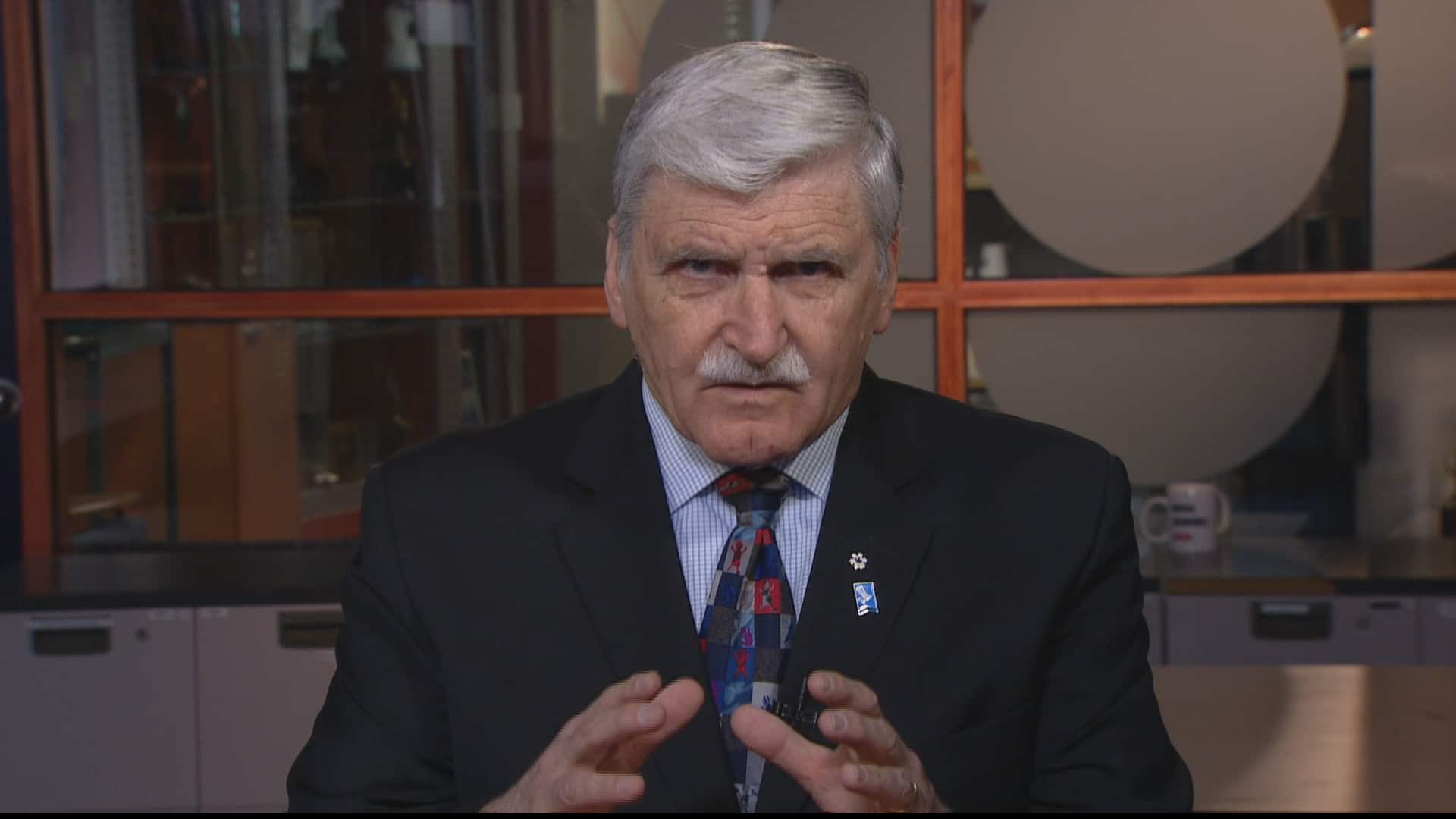 3 years agoVideo
7:16
'The Canadian mission will be deemed successful by the troops they are supporting,' says the retired Lieutenant General and founder of the Roméo Dallaire Child Soldiers Initiative. 7:16

Freeland and Sajjan reiterated their government's commitment to increasing the number of women in peacekeeping operations, but it's not clear how that policy will be applied to the Mali mission.

Vance said the military will look to make sure it has a good mixture of men and women among the aircrews and support troops, but insisted the government's commitment is broader than what was announced Monday.

"We can't look at Canada's aspirations in this regard through the lens of one mission," he said. "You have to layer in the fact we're going to be doing a series of training and different types of training missions that we're still working on."

One of those projects would involve focusing gender-specific training on UN troops from other countries as they prepare to deploy for missions.