A soldier's path: How a unique interactive map is bringing D-Day back to life

A Canadian family spent decades puzzling over the details of a family members death in the maelstrom of the Normandy campaign - until a one-of-a-kind interactive map brought his last moments back to life.

For one Canadian family, the map provided an unexpected resolution to a tragic mystery

Ethel Pollard had a nightly ritual, one she preserved for over four decades after her son was reported missing in the killing fields of Normandy.

Every evening, rain or shine, summer or winter, she would sit in her rocking chair on the front porch of the family home in Cornwall, Ont., and pray for his return.

It was a tender expression of hope and devotion in the face of a brutal reality.

Lance Corporal George Pollard — "Georgie" to his family — had been among the Canadian prisoners of war massacred by German SS soldiers in the days following the D-Day landings at the Abbay d'Ardenne, near Caen.

He was shot on June 17, 1944. His body was the only one — out of 20 murder victims — never to be recovered. And it was on that slender thread that Ethel Pollard hung all of her hope and devotion.

'She would not believe he was murdered'

She died in the late 1980s, still insisting her son had not been killed — that he was only lost somewhere in France and would eventually find his way home.

"She would not believe he was murdered," said Greg Pollard, Ethel's grandson and George's nephew. "No body. He's not dead. My grandmother lived 99 years thinking that he was coming through the kitchen door."

There were rare flashes when reality set in — mostly when she looked at news photos of Brigadefuher Kurt Meyer, the commander of the 12th SS Panzer Division who ordered the massacres. Ethel would stare at the newspaper and spit on the photo.

The family was given very little information about what happened beyond what was entered into the court record at Meyer's war crimes trial. It was only decades later — when a retired army officer wrote a book about the massacres, which took place between June 7 and 17, 1944 — that they learned a bit more.

Greg Pollard himself spent the better part of the last two decades researching the fate of his uncle and even wrote a locally published book. Some questions — such as how his uncle's patrol wandered into a German ambush, and who was responsible for the mistakes that led to their capture — went unanswered.

And they stayed unanswered — until three friends working on an extraordinary project reached out and asked for his help to edit dusty battle diaries.

Those three men — Nathan Kehler, Drew Hannen and Julien Brown — were passionate about military history and had launched a project to create a digital, interactive map to trace the day-by-day movements of every Canadian regiment that fought in Normandy.

They led a team of volunteers who have spent months combing through Library and Archives Canada and regimental history museums.

They have retrieved tens of thousands of documents, including unit battle diaries, maps, once-secret intelligence reports and photos taken during the bloody campaign that cost the lives of almost 5,000 Canadians, including George Pollard.

Their efforts, dubbed 'Project 44', have distilled the information into an easy-to-use interactive format that will soon be at the fingertips of historians and the general public.

"These are documents that, normally, only historians would see and it gives people the opportunity to actually visual what the Normandy campaign looked like," Julien Brown told CBC News.

The potential, he said, is limitless for those wanting to connect with and understand what their grandfathers, fathers, brothers and uncles experienced, and where their units went during the seminal Second World War battle.

The site will go live officially on June 6, the 75th anniversary of the landings, but Brown said they will be updating and adding as many as 5,000 more documents over the coming summer.

For Nathan Kehler, a trooper with the Royal Canadian Dragoons, it's a deeply personal mission. He served in Afghanistan during the Kandahar combat mission and hopes to one day digitally map that campaign as well.

"I'm going to have to tell my kids my story and I want to have a way of showing that. But before I develop a project like that, I feel I need to do this project first," said Kehler, who has retired and now serves as a mapmaker in the reserves.

As part of his research into the battles surrounding D-Day, he pulled maps from the archives — drawings that were compiled every day to help commanders and soldiers get a better grasp of the battlefield and where to find the enemy.

It was in the course of that work that he met retired warrant officer George Fouchard, 97, who served as a corporal and cartographer during the Normandy campaign.

It was a remarkable stroke of good luck and when the two met at the old soldier's retirement home in Ottawa, Kehler was stunned to discover some of the maps he put on the table had been drawn by Fouchard himself, seven-and-a-half decades ago.

A battle of mapmakers

"When it comes right down to it, soldiers — they want to know where they're going and what they're doing."

Soon after the D-Day landings, he said, it became clear that the Germans were using inferior, poorly drawn maps that inhibited their movements and their ability to contain and check the Allied advance.

The superior work of Canadian, British and American mapmakers, their ability to produce highly accurate, detailed drawings of the terrain and enemy positions, ultimately helped the Allies win the war — something Fouchard said is an element of D-Day's history that very few people understand.

"That's what the higher-ups needed to know, was where these people were," said Fouchard, who served for 27 years in the military before retiring and going to work for the Geological Survey of Canada.

Maps may have told soldiers where they were going in 1944, but for Greg Pollard the documents uncovered by the team helped to pinpoint precisely where his uncle had been captured and (most importantly) under what circumstances.

Kehler found a map pinned to the battle diary belonging to the Stormont, Dundas, Glengarry Highlanders, George Pollard's regiment. It dated from the time of the doomed patrol and sketched out in detail where the 12th SS Panzer Division — made up mostly of fanatical Hitler Youth — had been dug in.

The area bristled with machine gun nests, anti-tank positions and trenches, all of it expertly stitched into the landscape by the battle-hardened unit that had fought expertly on the Russian front.

Books, interviews with survivors and years of research had led Greg Pollard and his family to quietly blame the inexperienced patrol leader, Lt. Fred Williams, who was also captured and executed. He had, the family believed, led the highlanders into a German ambush.

The map and battle diary entries completely upended that narrative.

"It's very vague what happened that night," Pollard said recently as he looked at a reproduction of the map that was likely used on the fateful patrol.

"This is now telling me exactly what happened that night. You can see where they kind of got trapped. There was nothing [Williams] could have done."

It was, he said, a moment he wished his grandmother could have witnessed.

"What this does for me? It's closure," he said, choking back tears. 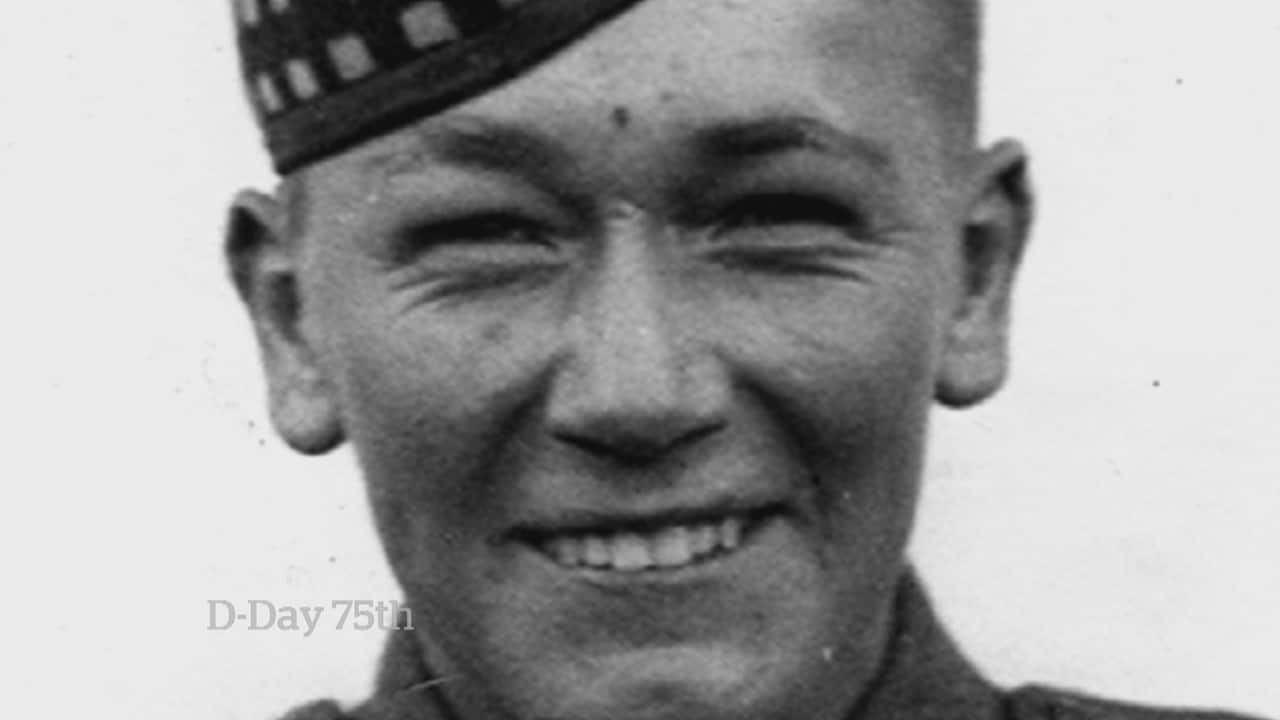 2 years ago
4:55
As the 75th anniversary of D-Day approaches a digital project is bringing together countless wartime details for the first time, including where Canadian regiments ended up during the crucial campaign. 4:55