Prime Minister Stephen Harper is welcoming a warming of relations between the United States and Cuba after half a century of cold war, and as he tells CBC chief correspondent Peter Mansbridge, he is pleased Canada is being recognized for its role in bringing the two neighbours closer together. 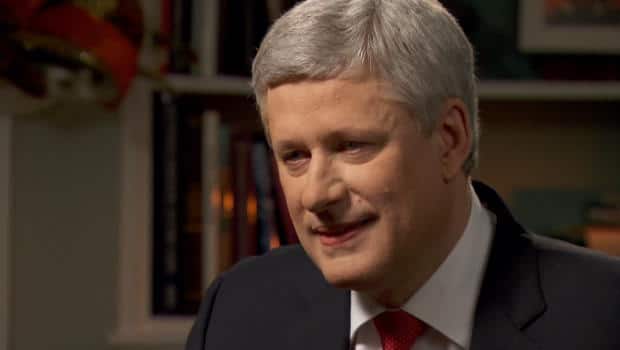 Prime Minister Stephen Harper says a warming of relations between the United States and Cuba was "overdue" after half a century of cold war, and that he is pleased Canada is being recognized for its role in bringing the two neighbours closer together.

"We facilitated places where the two countries could have a dialogue and explore ways of normalizing the relationship," Harper said in a year-end interview with CBC News chief correspondent Peter Mansbridge on Wednesday. The full interview airs tonight on The National.

"That's what we did, and we think it's a good development and probably an overdue development," Harper said. "I personally believe changes are coming in Cuba and this will facilitate those."

Watch Peter Mansbridge's full interview with Stephen Harper tonight on The National at 10 p.m. on CBC Television, at 9 p.m. and 11 p.m. ET on CBC News Network and at cbcnews.ca.

Harper's comments come the same day U.S. President Barack Obama outlined steps his administration will take to normalize full diplomatic relations with Cuba — in the most significant shift in U.S. policy toward the communist island in decades.

Obama publicly thanked Canada for assisting the two countries in their diplomatic efforts.

"I'm pleased the president acknowledged our role in this," Harper said.

High-level American officials said Canada helped the U.S. and Cuba begin their reconciliation by hosting a series of meetings dating back to June 2013.

Harper said Cuba was due for some changes.

"I think that's an economy and a society just overdue for entry into the 21st century. Time will tell, but I think probably when the current generation of leadership passes you'll see some changes," Harper said.

The prime minister added that he looked forward to seeing democratic elections in Cuba.

"This is really the only place where there are elections that are completely non-competitive. And it would be nice to see that happen in Cuba and I think eventually it will."

Watch Peter Mansbridge's full interview with Stephen Harper tonight on The National, at 10 p.m. on CBC Television, on CBC News Network at 9 and 11 p.m. ET and on cbcnews.ca.