The independent watchdog that Stephen Harper points to as providing the necessary oversight of Canada's spy agency, CSIS, is operating with fewer resources than it had when his government took power nearly a decade ago. 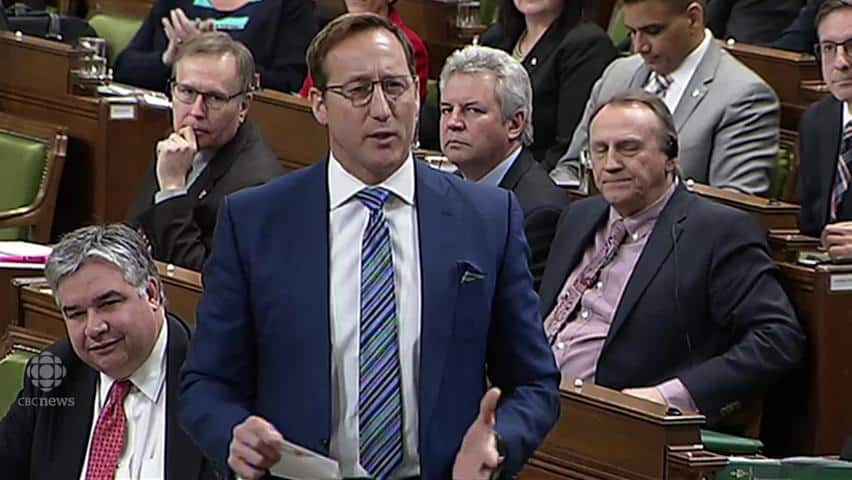 6 years ago
5:32
The government's anti-terrorism bill and the RCMP's lapsed funding to fight online child exploitation were hot topics in Friday's question period in the House of Commons. 5:32

The independent watchdog Stephen Harper points to as providing the necessary oversight of Canada's spy agency, CSIS, is operating with fewer resources than it had when his government took power nearly a decade ago.

"We already have a rigorous system of oversight on our national security and police agencies," the prime minister told the Commons earlier this month.

"Specifically on intelligence, we have the Security Intelligence Review Committee, which is a robust mechanism for independent, expert, third-party oversight. It functions very well."

But a review by CBC News of the resources allotted to SIRC shows its budget has been nearly flatlined for the past decade because of spending cuts. Critics say the committee will be unable to effectively monitor the new powers CSIS will receive under the government's proposed anti-terrorism legislation.

SIRC received just under $3 million in the last fiscal year for its work investigating complaints against CSIS and reviewing the spy agency's activities. In 2006-07, when the Conservatives took power, the budget was roughly $2.9 million.

More significantly, SIRC's staff has decreased because of budget cuts.

In 2006, SIRC employed 20 lawyers, researchers and support staff. That number fell to 14 last year. The organization now has 16, because two positions were added after the government abolished the inspector general's office inside CSIS. That office played a key role in overseeing the day-to-day operations of the agency.

The Conservatives have even left vacancies among the committee's membership unfilled in the past four years. SIRC continues to operate with four members, instead of five.

These shortfalls remain even as the government proposes to vastly extend the powers of CSIS under Bill C-51. The legislation would authorize agents to get a court warrant to disrupt potential terrorist threats, from cancelling travel reservations to diverting money from bank accounts.

CSIS agents would also have access to information in other government departments that are not restricted by privacy rules.

"If you're expanding the powers then you also have to expand the capacity for oversight," says Liberal MP Irwin Cotler. "But the government is not allowing for the necessary oversight [that] will be both protective of national security and protective of the rights of Canadians."

"Protecting human rights and protecting public safety are complementary objectives, but experience has shown that serious human rights abuses can occur in the name of maintaining national security," the statement says.

"Given the secrecy around national security activities, abuses can go undetected and without remedy.

But it appears the increasing calls for more meaningful, independent oversight of CSIS is having an effect, because MacKay and other ministers have abruptly changed their talking points to argue oversight will come from judges who must approve the disruptive activities.

"These extraordinary powers, though they might be, are necessary in the current threat environment," MacKay said. "And that judicial oversight, which comes at the front end of the process, […] we think is preferable."

But judicial approval isn't required for all the new powers. SIRC will remain the key body responding to concerns of CSIS excesses and abuse.

Critics point out that SIRC, as its name states, is a review agency whose work is done after the fact.

It now takes, on average, three years to investigate complaints against CSIS.

And the committee's executive director, Michael Doucet, complained in this year's annual report that his staff had trouble getting relevant information from CSIS.

"In some instances, I had to personally intervene to ensure that staff received complete information," he wrote, adding that he is confident "in CSIS leadership's ability to take the necessary steps to resolve the situation."

Political observers in Ottawa expect CSIS and the RCMP will receive additional money in this year's budget to hire additional staff to deal with terrorism-related cases. For example, RCMP Commissioner Bob Paulson has publicly stated his force is seconding officers from other important files, including organized crime, just to keep track of suspects on a travel watch list.

There's less optimism that the government intends to increase SIRC's resources when the budget is tabled later this spring.