A Muslim CSIS analyst is suing the spy agency, alleging he endured almost two decades of suspicion, bullying and abuse, including attacks while he prayed.

Canada's spy agency is being sued for racial and religious discrimination by a longtime employee who alleges that his Muslim faith marked him as a target for harassment, emotional abuse and even physical assaults.

The suit, filed in Federal Court in Ottawa last week by an intelligence analyst using the pseudonym Sameer Ebadi, claims a pattern of bullying and prejudice stretching back almost two decades that saw the man treated as a "second class citizen" within the ranks of the Canadian Security Intelligence Service.

"You know, it took me a long time to realize this, to see that, to begin with, anybody with [an] ethnic origin other than a Canadian-born one was a suspect.... Then you add faith and religion to that one, you're going one step down," Ebadi told CBC News in an exclusive interview, his voice choked with emotion. "I don't think there is anybody in terms of the class of employees lower than the [a] practicing Muslim at the service."

The statement of claim alleges that the analyst — who was recruited by CSIS at the beginning of the 2000s because of his Middle Eastern background and fluency in several languages — was subject to "discrimination, bullying, physical assaults, religious persecution and the intentional infliction of emotional and physical harm" by his fellow spies, including attacks while he prayed in the privacy of his office. And it contends that agency managers "knowingly participated" in the misconduct or "stood idly by" while it happened.

As a result of what the suit called an "irretrievably hostile" workplace, the analyst claims he suffered extreme stress, which contributed to the breakdown of his marriage and left him with a host of psychological and medical ailments including severe anxiety, depression, hypertension and insomnia. He has been on sick leave since early 2018.

The suit seeks a total of $750,000 in damages, and further compensation for past and future loss of income. It names five CSIS employees, all also under pseudonyms, and David Vigneault, the director and public face of the spy agency. None of the allegations have been tested in court.

In an emailed statement, John Townsend, head of media relations for CSIS, declined to discuss the specifics of the claim. But he said in a statement that the agency takes any allegation of inappropriate behaviour, including harassment and discrimination, very seriously. He said the spy service has been working hard since Vigneault took over the reins in mid-2017 to make improvements to its "already robust" internal accountability measures, including a new code of conduct, town halls and a "respect campaign."

"Our employees are always encouraged to report incidents of harassment, discrimination or bullying without fear of reprisal, and all of our managers are required to act promptly on any issues brought to their attention and, if necessary, request a formal investigation," the statement said. "We make every effort to ensure that all employees feel respected and valued."

Under Canada's Security of Information Act, revealing the identity of an intelligence operative is a criminal offence. CBC News knows the analyst only by his alias, although his lawyer has vouched for his client's employment and position.

Ebadi said in his interview he was initially excited to work for CSIS and to be given the opportunity to use his knowledge and skills to help protect his adopted homeland. But in the wake of the 9/11 terrorist attacks, the way he was viewed by his colleagues began to shift, and everyday interactions were tainted by hostility and fear. Eventually, he says the work culture became toxic, with his loyalties constantly under scrutiny from fellow employees and the bosses in his Western Canada office.

Once while out driving with his then-infant child in the back seat, Ebadi noticed he was being closely followed by another vehicle. "After a couple of intersections ... he is still coming. So I tried to evade. I increased my speed. I went to the highway. He did the same thing," Ebadi said. "I wasn't sure if this person who is following me is an adversary, somebody who wants to harm me ... because we were told that you are at risk all the time."

Ebadi provided details of the high-speed chase to CSIS security officers, including the make and licence number of the other vehicle. But when there was no followup, he suspected he'd been tailed by members of his own team rather than a foe. Later, after his own car began to experience electrical problems, Ebadi says his mechanic found a mysterious GPS tracking device that had been hidden in the engine compartment and was draining the battery.

His lawsuit claims that "other Muslim members of the service received the same treatment."

In response, the analyst rededicated himself to the job — working extra, unpaid hours and popping in on his days off to keep on top of his files. He hoped that his evident dedication would put all the suspicions to rest, but it had just the opposite effect.

"I learned later on that all those actions, they were actually raising more alarms at the service," he said, claiming his bosses were suspicious of why he would work all that extra time without compensation. 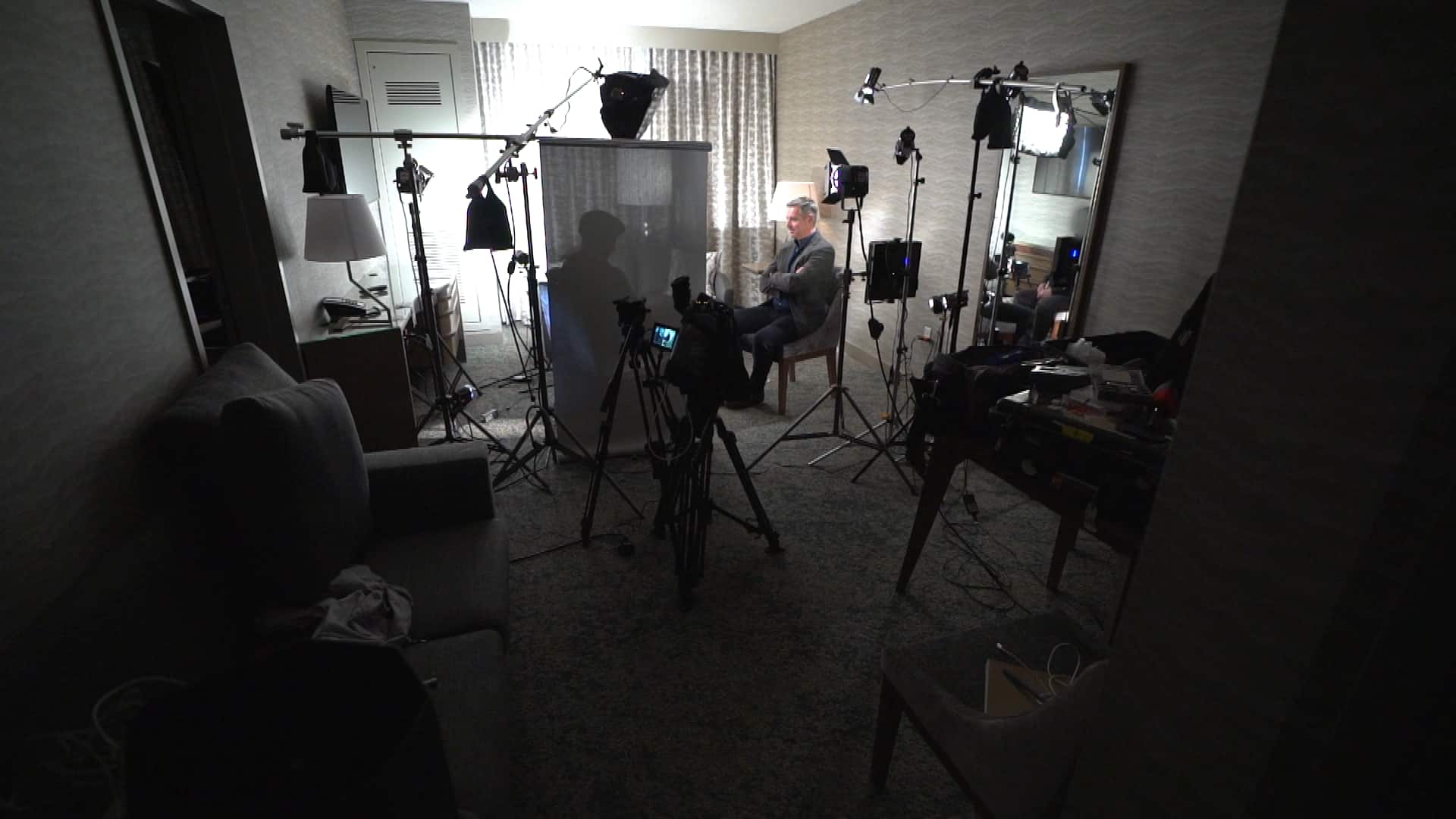 A Muslim CSIS agent speaks about the loneliness and isolation he experienced after being shunned at work.

1 year ago
1:36
A longtime employee is suing Canada's spy agency for racial and religious discrimination. In this exclusive interview, the man — who can't be identified by law — tells CBC News how the turmoil at his workplace affected his home life. 1:36

As the years went on, the indignities piled up, he said: intrusive questioning from his bosses about the state of his marriage, applications for promotion or transfer that were rejected out of hand, and a "new" office that turned out to be a converted, windowless supply closet next to the men's washroom.

"People, they used to drop by and they congratulated me on my new position and I knew what they were talking about," Ebadi said. "It was humiliating and it really took a toll on my soul."

And when he complained — to his immediate superiors in Western Canada and then up the chain to headquarters in Ottawa — things only got worse.

Ebadi's suit claims he was reprimanded and publicly humiliated by his bosses, then removed from active investigations and treated as an office pariah.

"The previous rumours and innuendos and backbiting went through the roof. I was isolated. Nobody was talking to me," Ebadi told CBC News. "They passed by me as if I didn't exist."

As his spirits sank lower, the analyst sought comfort in his religion, a faith that he had long downplayed and kept hidden from his co-workers. He began to observe daily prayers in his tiny office — a practice that only served to heighten the workplace abuse.

"It turned into an attraction, as if it's an amusement park or something that they have never seen," said Ebadi. Other employees would stop by to gawk, laugh or shout profanities, he said. And a type of "game" developed where his co-workers would abruptly throw open the door to the room as he lay prone on his prayer mat.

"At times, suddenly somebody would open the door and pretend that they didn't know that I was there," he says. "It would hit me. And it would disorient me."

The final straw came in early 2018, when the analyst returned from lunch to find his office door covered in spit.

"I turned the door handle and I saw it is wet ... saliva was dripping from the face of the door all the way to the door handle, and it was done [in] such an obvious and brazen manner," Ebadi recounted, his eyes welling with tears. "When I saw that I thought this is not the place for me anymore ... I cannot do one more day here because I didn't feel safe." 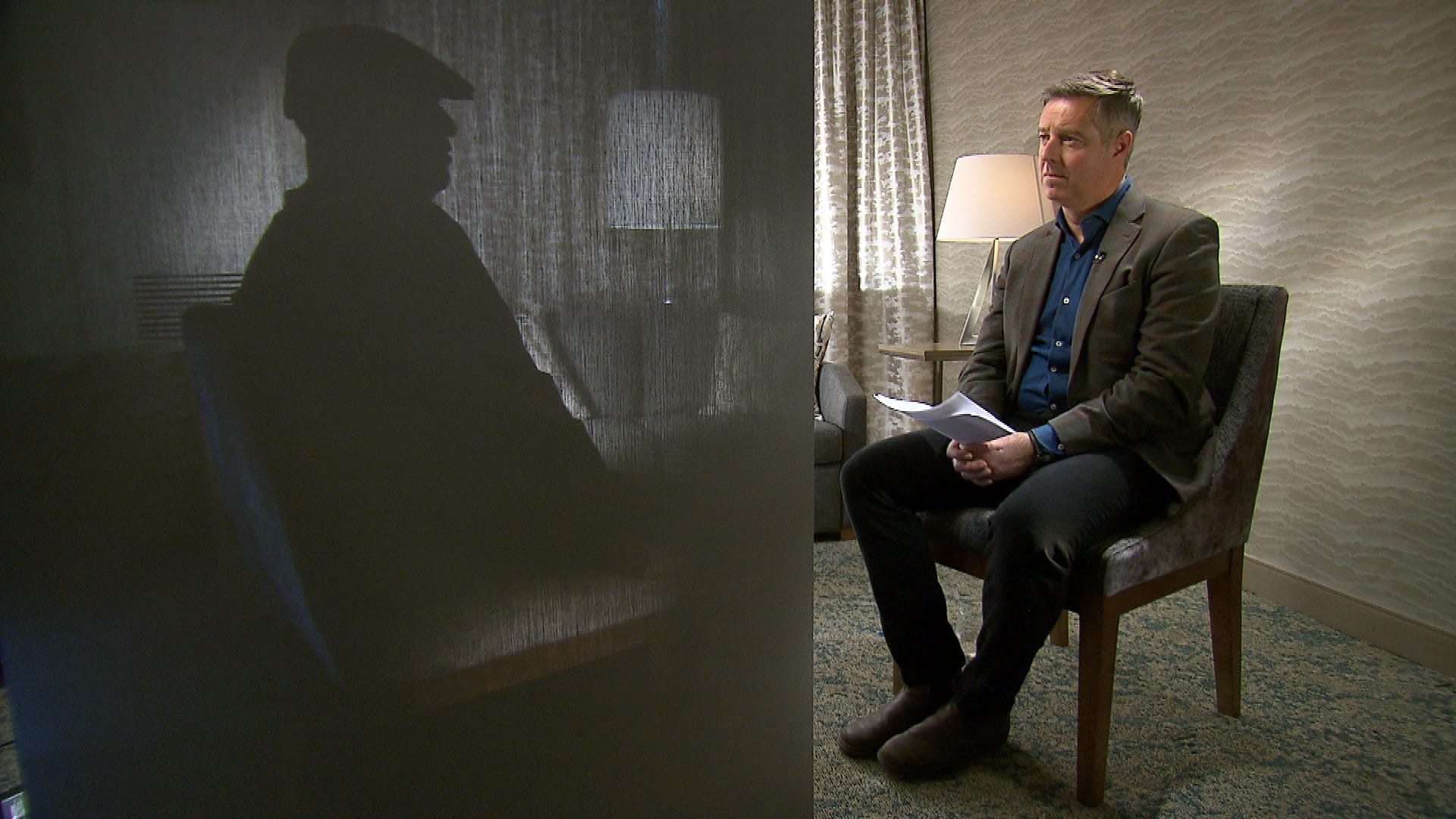 Muslim CSIS agent says he was mocked, attacked while praying at work

1 year ago
1:37
A longtime employee is suing Canada's spy agency for racial and religious discrimination. In this exclusive interview, the man — who can't be identified by law — tells CBC News how his co-workers allegedly reacted when he would pray in his office. 1:37

It's not the first time allegations of harassment and discrimination have been levelled against Canada's spy agency. In 2017, five intelligence officers and analysts filed a $35-million lawsuit alleging openly Islamophobic, racist and homophobic behaviour by their managers and co-workers. The complainants said they suffered reprisals and were ostracized when they tried to report or stand up to the bullying, and all of them eventually ended up on long-term sick leave.

That suit was settled for an undisclosed amount a few months later. And Vigneault, who had held a private meeting with the five spies to learn about their experiences first-hand, sent an open letter to all CSIS employees decrying the agency's "categorically unacceptable" culture of "retribution, favouritism, bullying and other problems." The director also vowed to take "concrete steps" to create a "healthy and respectful" workplace.

John Phillips, the Toronto lawyer who represented those five claimants and has now taken up Ebadi's case, says he is dismayed but not surprised.

"I've watched organizations like this for 30 years of practice. You can see organizations try to fix things from the top, whether it's the RCMP or CSIS or other organizations, and what happens is that attempt to fix problems — to erase discrimination and try to equalize the work environment — are being undermined by the people in the middle, the central managers that aren't getting the message.... The lesson wasn't learned."

Ebadi says he holds CSIS responsible for the fact that he is no longer the confident, happy and active man he once was.

"It is bothering me because they shattered my dreams. All the hope, all the good intentions, everything that I had," he said. "That suffering hasn't stopped since I left work. It is with me and I think about it every day."

He said he hopes that those charged with sniffing out threats to the country's security will turn their attention to the bad guys in their own midst.

"They need to do fundamental change," Ebadi said. "They didn't just harm me by acting against the law, they harm Canadians. Because I believe I could still [make a] difference if they had allowed me to contribute."

A Muslim CSIS agent explains why he is suing the spy agency for discrimination.

1 year ago
2:02
A longtime employee is suing Canada's spy agency for racial and religious discrimination. In this exclusive CBC News interview, the man — who can't be identified by law — explains his motivations. 2:02