The federal government believes Canadian democracy is "not immune" from cyber threats, and today outlined its plan to ensure the electoral system is secure.

Canada's electronic spy agency issued a stark warning Friday that online attempts to influence or undermine the country's electoral process are on the increase — and steps must be taken to counter the efforts.

The assessment is contained in a new report released by the Communications Security Establishment that comes amid questions about Russia's role in the last U.S. presidential election.

While foreign states did not use cyberattacks to try to influence the last federal election in 2015, there are no guarantees they won't try in 2019, the next time Canadians are scheduled to go to the federal polls.

In response, the Liberal government is promising to set aside political bickering and work with other federal parties to protect the electoral system from foreign adversaries and other nefarious actors.

"We will approach our shared challenge ahead in a very Canadian way: working together, co-operating, and with a steely resolve," said Democratic Institutions Minister Karina Gould.

"We will continue to put the security of Canadians and Canadian democracy first."

Among the steps being taken is to have the CSE, whose mandate includes protecting the country from cyberthreats, brief all federal parties for the first time on the dangers — and how to protect themselves.

The electronic spy agency will also work with Elections Canada and its provincial counterparts to shore up their own defences.

The CSE report, the first of its kind, looked at the threat posed by cyberactivity not only in Canada, but around the world in recent years.

It found that there has been an upward trend in such activity over the past five years, and that 13 per cent of elections held around the world this year had been targeted.

The nature of the activity runs the gamut, the report says, including efforts to suppress voter turnout, attempts to discredit or blackmail parties and candidates and an overall campaign of disinformation.

Canada has not been immune, said CSE chief Greta Bossenmaier, noting that the last federal election saw low-level cyberattacks that were most likely perpetrated by what she called "hacktivists" and cybercriminals.

While Bossenmaier said the attacks did not have any impact on the actual electoral process, she expected to see more sophisticated methods employed by such actors the next time around.

"Looking to 2019, we do anticipate to see cyber attempts to influence the election," Bossenmaier told a news conference.

The bigger question is whether another country will try to influence Canada's next federal election, as Russia is alleged to have done in the U.S., France and Germany.

The CSE report doesn't name any countries, but it does warn such foreign interference could happen depending on Canada's foreign and domestic policies, and the positions taken by different federal parties.

What matters isn't who is behind a specific attack, said Gould, but rather that Canada take steps to protect itself and ensure nobody — state-sponsored or otherwise — is successful in their attempts to interfere.

"Ultimately this is about protecting ourselves as Canadians," she said.

Part of the reason for emphasizing the need to protect the electoral process — or build resilience, as Bossenmaier described it — is that catching perpetrators is extremely difficult.

"There is rarely any timely punishment," the CSE chief said, "and it's worth the risk."

That is particularly true when it comes to the spread of disinformation, which has taken on epic proportions with the spread of social media.

The government will be working to educate voters and increase awareness of the problem, Gould said, which includes CSE's report and working with other parties to identify other possible actions.

"Today is the first step," she said. "For the first time in the world, a democracy is informing the public about cyberthreats." 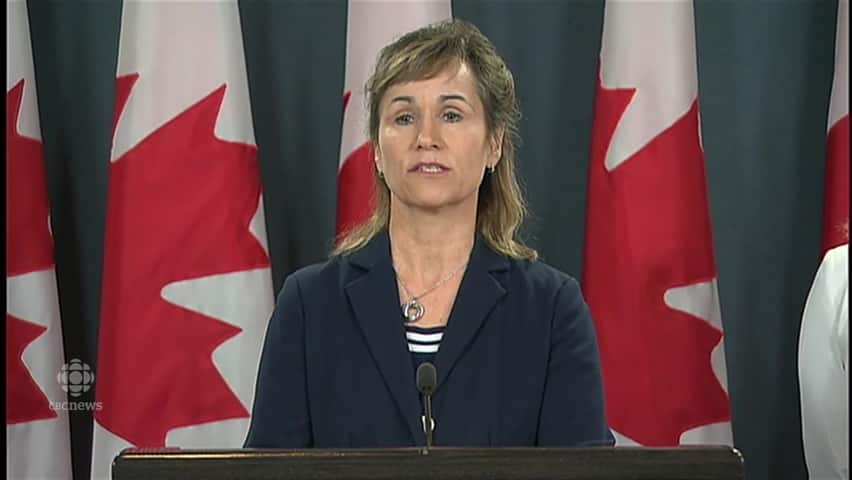 3 years ago
2:12
Greta Bossenmaier is the Chief of the Canadian Security Establishment 2:12