Canada’s top military commander issued a detailed set of "pre-pandemic planning” orders on Wednesday for units both at home and overseas.

Canada's top military commander issued a detailed set of "pre-pandemic planning" orders on Wednesday for units both at home and overseas.

The orders give base commanders the authority to, among other things, cancel large gatherings on bases in the event of a spike in the number of COVID-19 cases.

They also outline "additional precautions," ranging from personal hygiene to strict reviews of all non-essential travel and leave for soldiers, sailors and aircrew.

"The intent of this is to look at all of the things we need to do to preserve the force, should this become a pandemic," said Gen. Jonathan Vance, the chief of the defence staff, at a defence conference in Ottawa.

The military needs to preserve its ability to function and support the government if there is a full-blown health emergency, he added.

Federal officials, under a worst-case scenario, are preparing for an absentee rate among government workers of 25 per cent and Vance said the military is looking at a similar number should there be a pandemic. 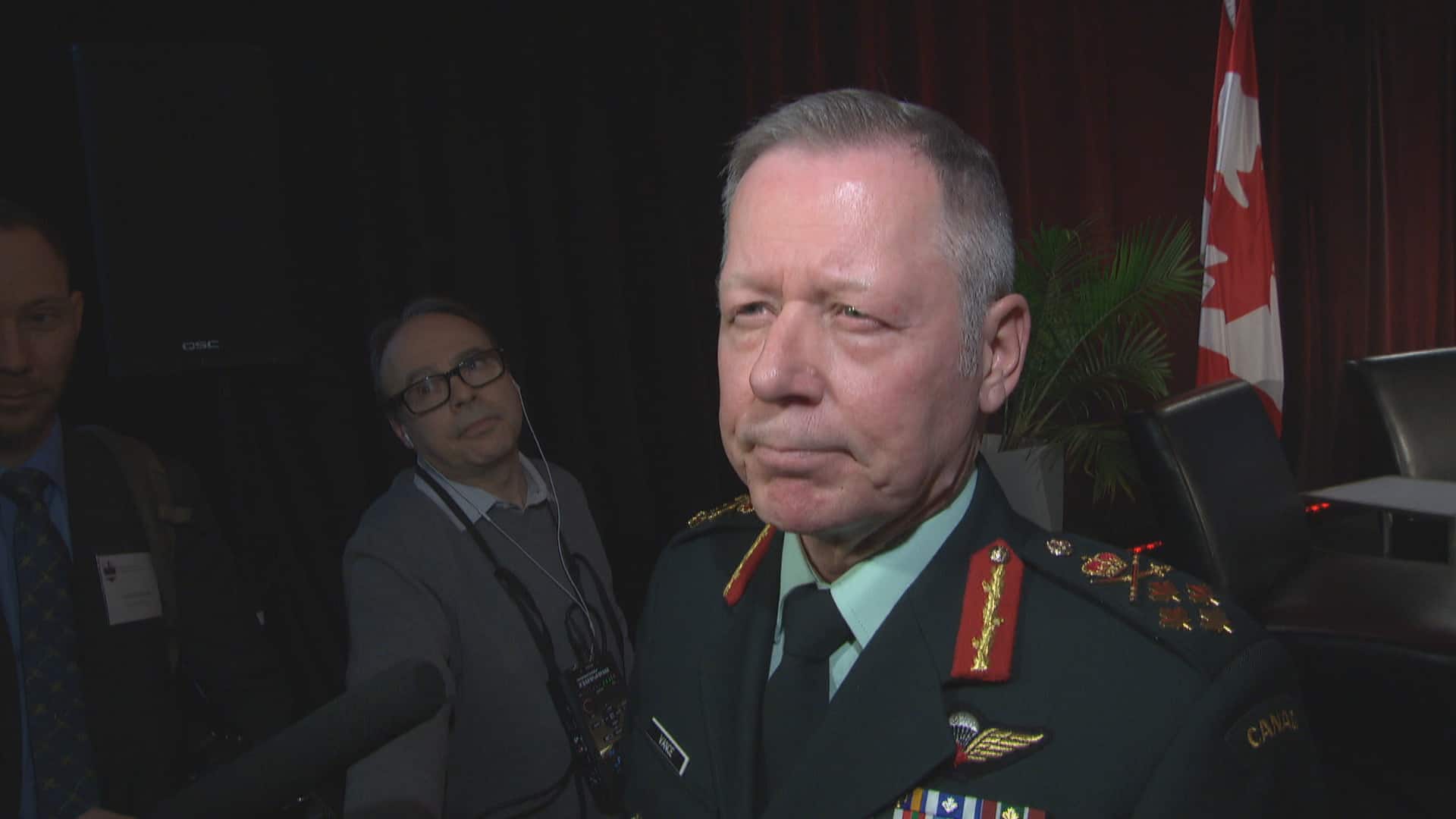 'Use common sense and command judgement'

11 months agoVideo
0:45
Gen. Jonathan Vance explains how he has directed his commanders to prepare for a possible pandemic. 0:45

"On a case-by-case basis, commanders will review where their troops travel on what may be non-essential travel. Can they do it another way?" said Vance.

One of the concerns is having troops trapped in countries that close their borders or impose sudden quarantines.

Vance said the military already has noticed a disruption in travel schedules as it tries to move personnel in and out of certain countries, particularly in the Middle East.

Iraq, where Canada has as many as 500 troops deployed, has reported two deaths from COVID-19. Overall, that country has reported 35 cases, with 14 in the capital of Baghdad.

Vance was speaking at an Ottawa defence conference, which was warned earlier in the day that war zones such as northern Syria and Iraq are extraordinarily vulnerable to COVID-19 because of the poor state of public health systems.

Jenny Cafarella, the research director the Washington-based Institute for the Study of War, noted that refugees fleeing Syria for Turkey over the last few days are sleeping in open fields. She predicted the virus could become a major security concern.

It is something Vance said he is worried about, given troops throughout the region are involved in capacity building, which requires day-to-day contact with local security forces, some of whom may not be as healthy as Western soldiers.