Physical distancing, mask-wearing could be in place for 2-3 years even with vaccine, Tam warns

Canadians shouldn't expect a COVID-19 vaccine to be a "silver bullet" that will bring a swift end to the coronavirus pandemic and a return to normal, according to the country's chief public health officer. 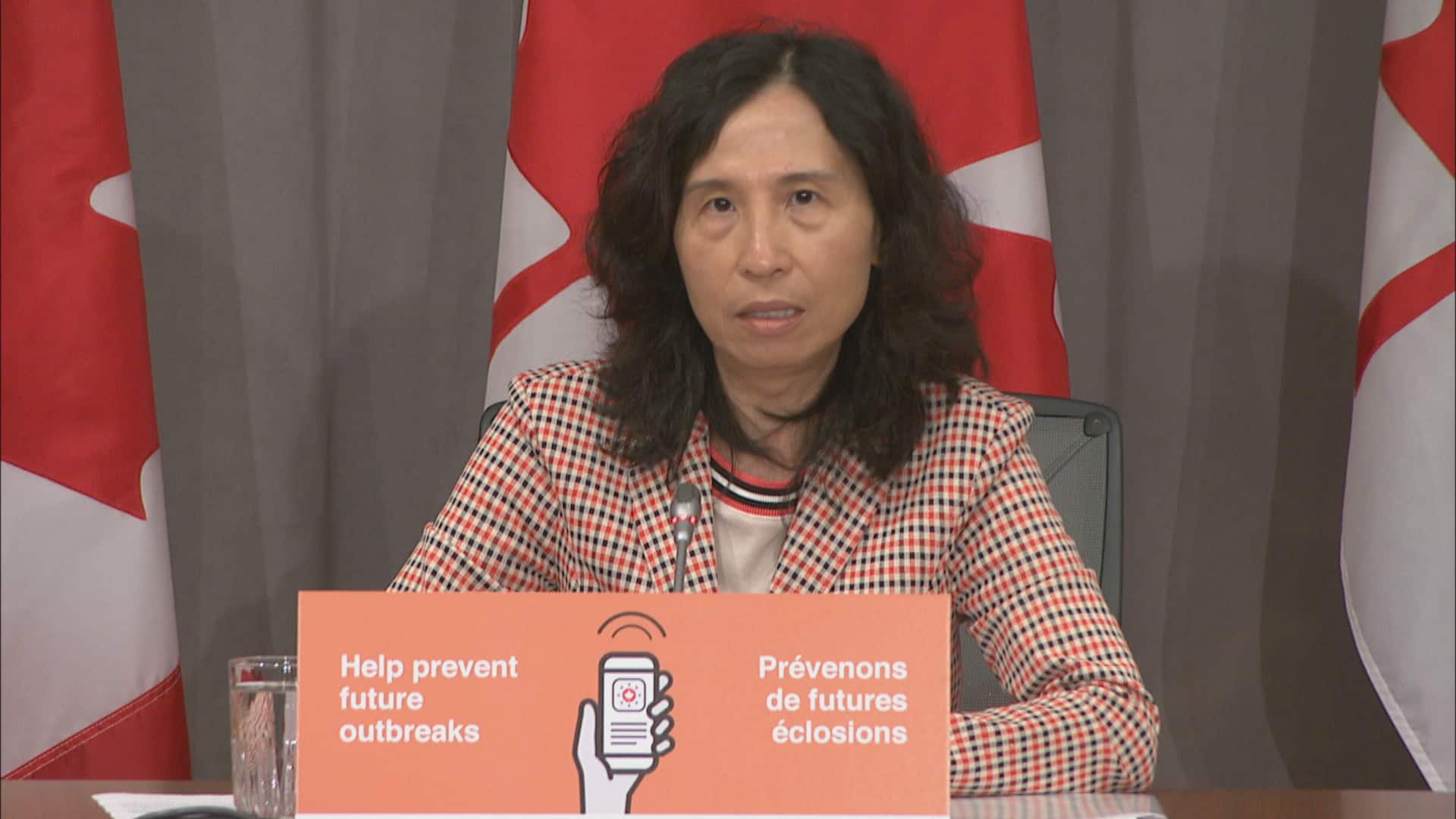 Canadians shouldn't expect a COVID-19 vaccine to be a "silver bullet" that will bring a swift end to the coronavirus pandemic and a return to normal, according to the country's chief public health officer.

Dr. Theresa Tam used her briefing on Tuesday in Ottawa to temper expectations about the speed and effectiveness of a vaccine. She reiterated the importance of physical distancing, proper hand hygiene and mask-wearing, and attempted to dispel any notion that a vaccine will make life go back to the way it was in a couple of months.

"We can't at this stage just put all of our focus [on a vaccine] in the hopes that this is the silver bullet solution," said Tam.

"We're going to have to manage this pandemic certainly over the next year, but certainly [we are] planning for the longer term of the next two to three years during which the vaccine may play a role but we don't know yet."

Tam said it's unclear at this stage how effective a vaccine will be. She said key questions remain about the degree and duration of immunity a vaccine will provide, the dosage that will be needed and whether it will prevent people from getting infected altogether or simply prevent severe illness requiring hospitalization.

More than 150 under development

There are more than 166 vaccines at various stages of preclinical and clinical (human) testing across the globe right now, the World Health Organization says. U.S. and European experts say under an optimistic scenario, the first of those vaccines could complete testing and get approval for distribution next year.

Tam warned that even once a vaccine is tested and deemed to be both safe and effective, there will be challenges with distributing it widely to those who need it.

"It's likely that there won't be enough vaccines for the population," said Tam. "So there'll be prioritization and we're looking at that."

Tam said she agreed with Dr. Anthony Fauci, the top infectious disease specialist in the U.S., who told Congress last week that he was "cautiously optimistic" that a safe and effective vaccine will be available by the end of the year.

Despite that, she said public health officials are planning for a scenario in which measures that have been put in place thus far, including physical distancing to limiting crowd sizes, could be required even after a vaccine is found.

"[A vaccine] is one important layer of protection," said Tam. "It is a very important solution if we get a safe and effective vaccine, but I would say that the public health measures that we have in place — the sort of personal, daily measures that we take — is going to have to continue."

WATCH: Tam on how Canadians should psychologically prepare for the future: 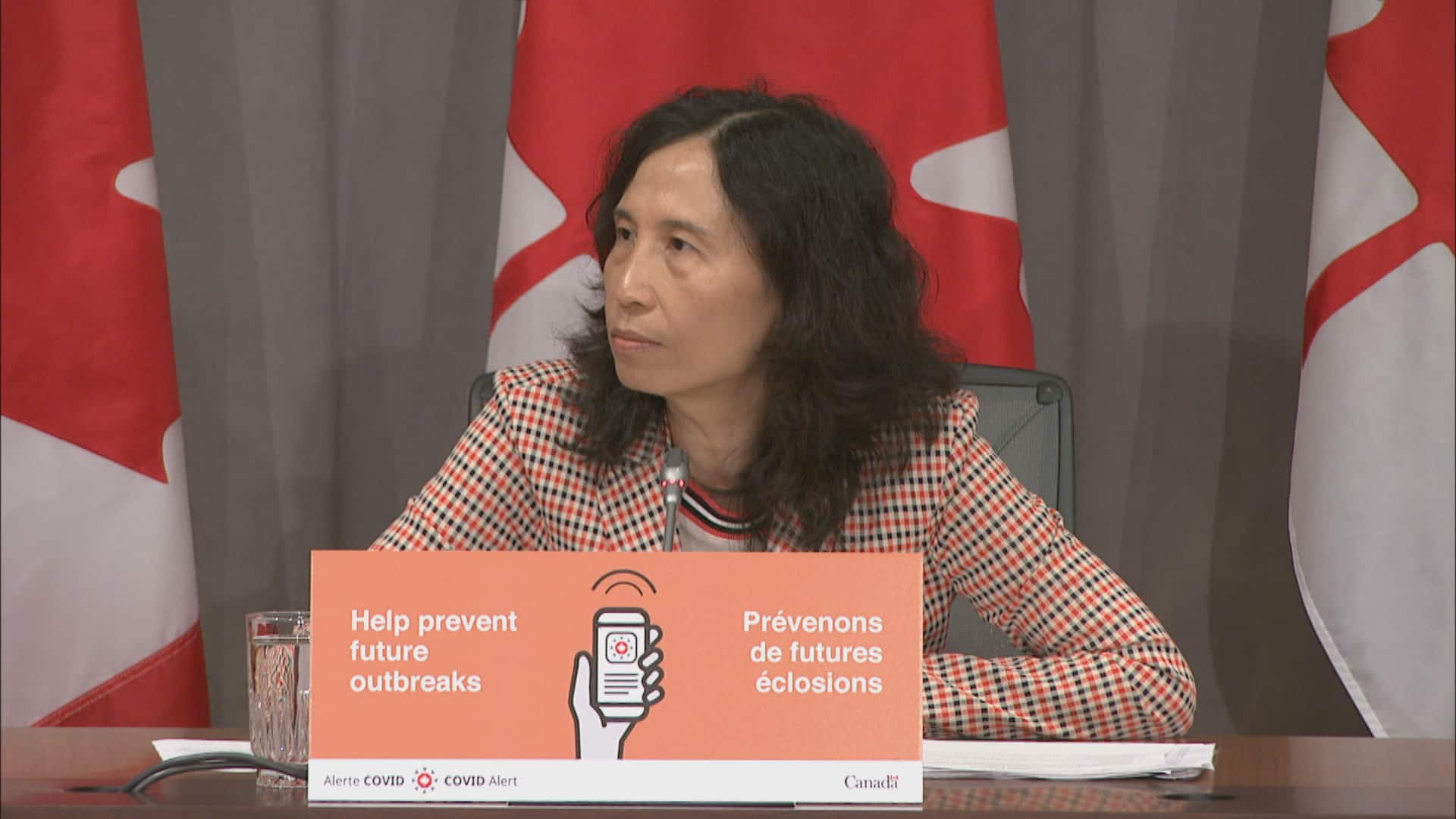 Tam questioned about how Canadians should psychologically prepare for the future

Recommends masks for children over 10

Tam said one of the busiest areas of planning for officials is the reopening of schools in September, for which, she said, the Public Health Agency of Canada will be publishing detailed guidelines later this week.

The guidelines will include a recommendation that children over the age of 10 be required to wear masks, said Tam, in French. Extra consideration should be given for children under the age of 10, she said.

"The recommendations will undergo evolution as the evidence changes and we'll also have to see what happens as we understand transmission in different age groups and what happens in schools." said Tam. "We may have to adapt this recommendation as we go along."

Tam also addressed criticism of another layer of protection the federal government rolled out last week — the COVID Alert exposure notification app — which is meant to tell users if their phones have recently been close to a phone registered to someone who volunteers that they've tested positive for the coronavirus.

The app works only on phones released in the last five years or so because it needs a relatively recent operating system.

Critics say that will leave out poorer and older Canadians, who are more likely to use older devices and suffer worse effects from the virus.

Tam said the app is one of many tools available to fight the pandemic, and that people should use them even if they aren't perfect.

"Despite these gaps, we need to have a go at using it," said Tam. "As many people who can download it and use it as possible will make the app more successful."

The government said Monday that more than 1.1 million people had downloaded the app.