Countries in Europe and states like New York have commandeered vast spaces normally reserved for conferences or sporting events to house the thousands of patients sickened by COVID-19. Leaders in Canada are now preparing to do the same.

Countries in Europe and states like New York have commandeered vast spaces normally reserved for conferences or sporting events to house the thousands of patients sickened by COVID-19.

Provincial and municipal leaders in this country are now preparing to do the same, in the event the pandemic overwhelms our finite hospital capacity.

The U.S. Army Corps of Engineers announced Friday it would build 10,000 hospital beds in New York City, a global hotspot for the virus, by converting hotel rooms and college dormitories into makeshift care facilities.

New York Gov. Andrew Cuomo is also building eight temporary hospitals and putting beds in places like the Jacob K. Javits Convention Center in Manhattan as the flood of cases — there are at least 29,766 cases in the city alone — overwhelms existing facilities.

Leaders in Canada are not waiting for such a spike to have alternatives in place to either quarantine patients with milder symptoms or, as is the case in Laval, Que., to house patients with other conditions in order to leave existing hospitals as the designated care sites for COVID-19 patients.

As many as 130 people will be transferred to the Quality Inn Laval, the province said in a memo to staff and volunteers, to make room at the neighbouring Hôpital de la Cité-de-la-Santé. Palliative care and mental health patients will be the first to make the move, starting on Sunday.

Quebec is vowing to open more "non-traditional sites," as it grapples with the country's largest caseload.

Helen Angus, the deputy minister of health in Ontario, and the chair of the province's COVID-19 Command Table, said she's preparing for an Italy-like situation "just in case that materializes. We're preparing for every scenario."

"If Canadians actually self-isolate, you know, as requested, particularly those snowbirds who are coming back to Canada after their winter, we will be in much better shape," Angus said.

With hospitals in Italy at maximum capacity, health-care providers have turned to tents and shipping containers to accommodate COVID-19 patients. A 400-bed field hospital has been erected in Milan's fairgrounds.

'Not to alarm people'

Don Iveson is the mayor of Edmonton, and the current chair of the Federation of Canadian Municipalities big city mayors' caucus. He said municipal leaders don't want a repeat of the horrors abroad here in Canada.

"We've seen those videos of Italian mayors at the end of their rope with citizens. We've seen horrifying accounts of ice rinks converted to morgues in Spain. We all want to avoid and stay ahead of that from a containment of the virus point of view," Iveson said.

"Not to alarm people but it's important that we prepare for the worst," Iveson said in an interview with CBC.

Cities in Alberta, Iveson said, have also approached near-empty hotels to secure space for those in need.

"We've looked at the opportunity to convert major conference centres or rec centres into field hospitals, if necessary," he said. Edmonton's Expo Centre is providing day drop-in services for some 500 homeless people fleeing crowded shelters not conducive to social distancing.

The City of Toronto has shuttered all of its recreational facilities and is using five dormant community centres, like Driftwood in North York and Jimmie Simpson in the city's downtown core, to shelter homeless people.

"We have also secured facilities for self-isolation and recovery for homeless individuals who test positive for COVID-19," a spokesperson for the city, Brad Ross, said.

Dr. Andrew Willmore is the medical director of emergency management at the Ottawa Hospital. He said the hospital is working with local public health officials to "offload" some medical services from hospitals "and distribute people around the region" to more places like the reconfigured Brewer Park hockey arena that is now a COVID-19 testing centre.

"Planning is underway for the medium- and long-term stages of the pandemic," Willmore said.

The Ontario Restaurant Hotel & Motel Association represents lodging companies in the province. The group's president, Tony Elenis, said hotels are dealing with "a catastrophic" drop in business amid this pandemic.

"It's the pits," Elenis said in an interview. "But we're gearing up to accommodate patients. All of us should be working in any way we can to support those who are getting rid of this virus. A lot of hotel managers really want to support this."

Elenis said many hotels are ready to accept non-COVID-19 patients and quarantined travellers when public health officials come calling. "The whole system is re-prioritizing who stays in the hospital. We'll be there to offer accommodations."

In many provinces, the decision to cancel elective surgeries has freed up space with more of the country's 73,000 hospital beds available for COVID-19 patients, many of whom need oxygen or ventilators to cope the breathing problems that come with the virus.

But, the dedicated COVID-19 floor at Toronto's Sunnybrook Hospital is nearly at capacity, according to respiratory specialist Julie Nardi, and it would struggle to house many more patients if the number of cases suddenly spikes.

According to federal data released Saturday, 7 per cent of the 4,757 COVID-19 cases in Canada have required hospitalization — and 12 per cent of those cases are under 40 years old, despite the perception that the disease afflicts only the old among us. Three per cent of the total cases are critical.

So far, the country has been able to handle the influx of COVID-19 cases requiring inpatient care but the unpredictable nature of this virus demands preemptive measures, said Dr. Theresa Tam, the chief public health officer of Canada. 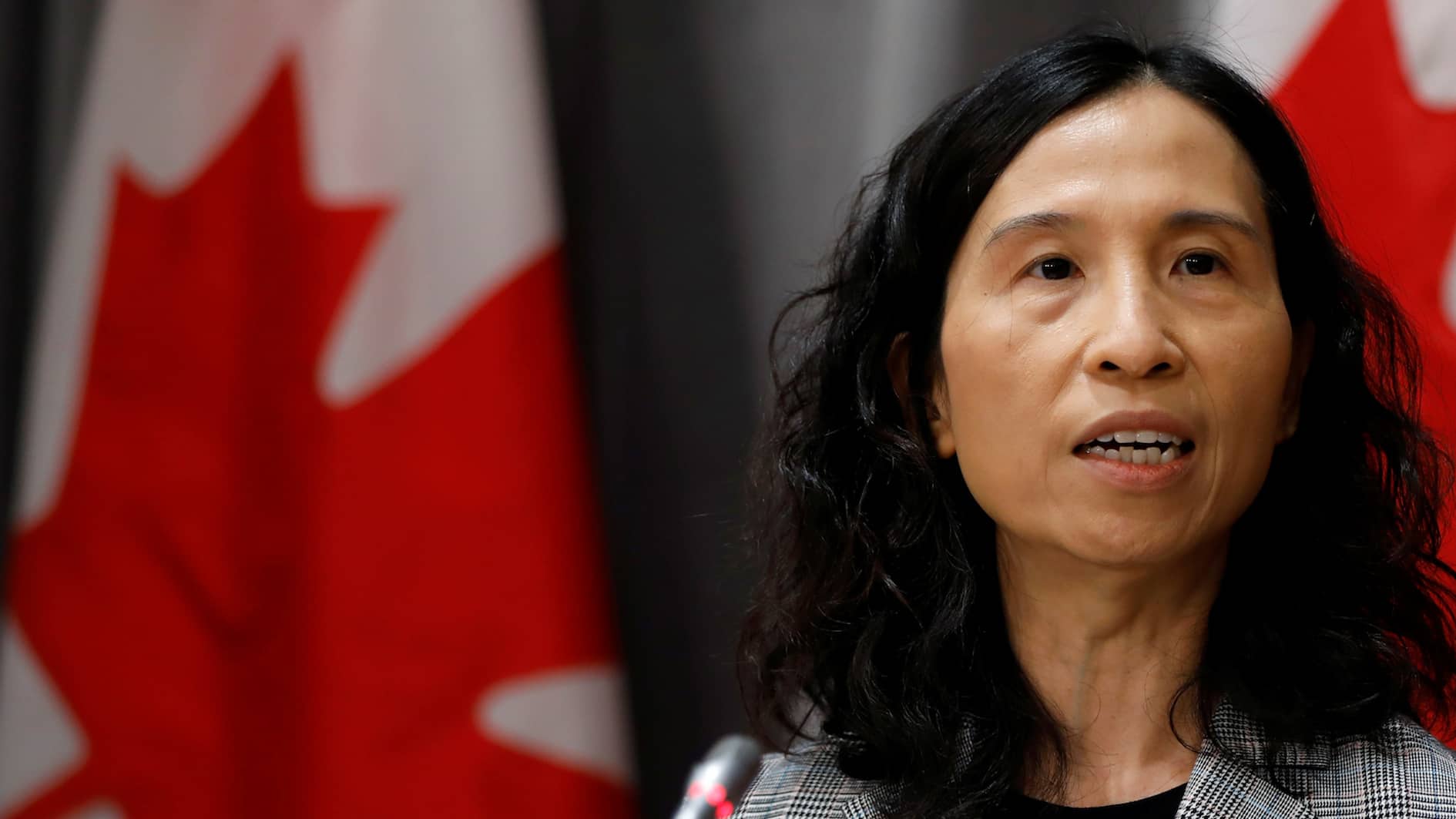 "Public health is going to do whatever it can to reduce the impact of this epidemic so that you don't go beyond your capacity to cope. Having said that, of course you have to prepare for much more worst case scenarios. So those things are absolutely happening in the provinces and territories," Tam said.

"All of that is at play even though right now Canada is coping," she said, pointing to B.C. as an early leader in makeshift hospital planning.

At his daily briefing on Sunday, Prime Minister Justin Trudeau said the federal government is preparing for every eventuality.

"We have a health system that works pretty well to handle the needs in regular times," said Trudeau.

"These are not regular times and therefore it is appropriate and necessary that we look at how to expand our health system to handle unprecedented numbers in an unprecedented crisis."

Watch: Trudeau says emergency measures in being put in place deal with an expected increase in COVID-19 hospitalizations

B.C. Public Safety Minister Mike Farnworth has asked municipalities to compile a list of recreational centres and hotels ready to receive patients — and virtually every city in the Lower Mainland had already drafted a list of possible sites.

"Local governments are key partners," Farnworth said. "They're being asked to identify and make available any publicly owned facility that may be used for pandemic response, including facilities for self-isolation, medical care and testing."

Community centres — and even vacant Best Buy and Bed, Bath and Beyond storefronts — have been identified as possible temporary treatment centres in the province.