The Liberal government will introduce a new version of the controversial Court Challenges Program, which was killed by the former Conservative government.

Program that funds legal cases over language, equality rights was abolished by the Conservatives in 2006

The Liberal government's revival of the controversial Court Challenges Program will be expanded to include additional charter rights on top of equality and language rights.

The new program to fund court challenges will include cases based on freedom of religion, freedom of democratic rights, and right to liberty and security.

According to a department official, who briefed reporters Tuesday, all funding decisions will be made by two independent bodies, whose members will be selected through an "open, transparent, and merit-based" model that mirrors governor and council appointments.

Speaking at a press conference on Parliament Hill Tuesday, Heritage Minister Mélanie Joly said the new approach will ensure its "independence, integrity and longevity" of the program.

Justice Minister Jody Wilson-Raybould said the renewed program will ensure that the government "promotes access to justice for Canadians who need it the most," adding that Canada's justice system will need to continue to evolve.

The promise to restore the program, which was scrapped by the Stephen Harper Conservatives in 2006, was included in the 2015 Liberal campaign platform and the mandate letters for Joly and Wilson-Raybould. 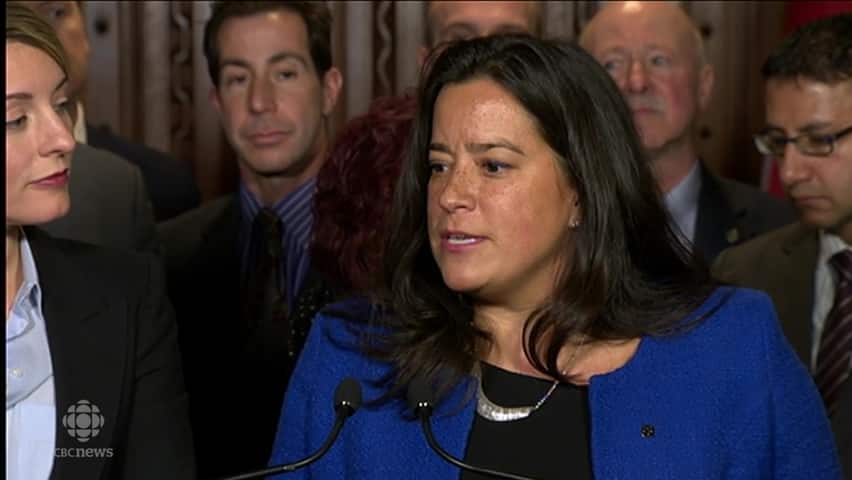 4 years ago
1:12
Justice Minister Jody Wilson-Raybould says the governments newly reinstated Courts Challenges Program could mean that their doctor-assisted death legislation could be challenged under the program. 1:12

Wilson-Raybould noted past successes from the scrapped program.

"The previous Court Challenges Program supported people from vulnerable and marginalized groups and official language-minority communities to challenge the compliance of Canadian laws with the constitution. It gave them a voice in defining what their constitutional rights mean.

"It was, in part, responsible for such landmark decisions as Daniels which clarified the relations of Métis and non-status Indians with the federal government," Wilson-Raybould said.

Pardeep Singh Nagra, a boxer who successfully fought a ban against competing with a beard in court, told reporters that the Court Challenges Program isn't just about the individual, but all of Canada as well.

"It wasn't about me, it was about making my country, Canada, better. As athletes, when we represent Canada, we represent the maple leaf. We are ambassadors of those values, the values of diversity and equity," he said. 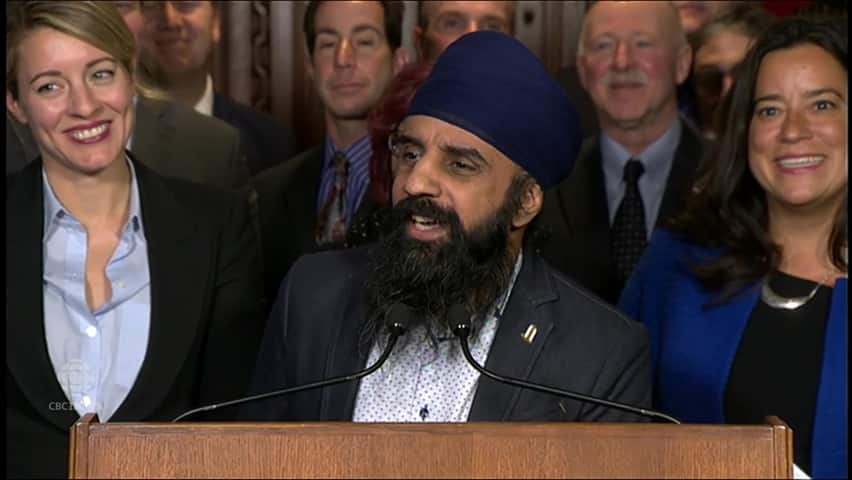 How the Court Challenges Program can help athletes

4 years ago
1:34
Pardeep Singh Nagra explains how important the Court Challenges Program is to give athletes from different backgrounds an opportunity to push back against perceived unfairness 1:34

Singh Nagra said the court access the programs grants allows marginalized people and groups to "get off the sideline and into the game."

The program, which dates back to 1978, also played a role in the fight for same-sex marriage.

The 2016 budget earmarked $12 million in new funding over five years, which would bring the annual program budget up to $5 million annually when combined with existing spending on ongoing cases that the Conservatives had committed to fund through completion.

During Tuesday's briefing, the department official noted that in the first year of the new program, a maximum of 20 per cent of the budgeted $5 million will go to administrative costs.

Before being shut down, the program's budget was $2.8 million.

In a message in the CCP's 2006-2007 annual report after the program was cancelled, former board chair Guy Matte lamented on the job of presiding over the dismantling of a program that had repeated evaluations, and that a majority of Canadians found to be "effective, useful and efficient."

"The Court Challenges Program has spearheaded the ongoing clarification of language and equality rights," he wrote.

"Important victories achieved by various groups would never have occurred if not for the resources provided by the CCPC. It is not overly pretentious to assert that this program was instrumental in improving our country's growth and fairness."

Last fall, the House of Commons justice committee had urged the government enshrine the program in legislation to protect it from the whims of future governments.

When asked Tuesday whether the government will consider legislating the new program, Joly said "we are willing to study all scenarios."

The British Columbia Civil Liberties Association, a group that advocates for human rights and civil liberties in Canada, said in a written statement it's pleased the government listened to calls to expand the program's scope.

"We and many others had asked the government to expand the scope of the previous program, which prior to its cancellation in 2006, was limited to equality rights and official language rights cases," the release said.

University of Calgary associate professor Ian Brodie, chief of staff to former prime minister Stephen Harper from 2005 to 2008, told CBC News that while the Conservatives scrapped the program on the grounds it wasn't government's place to foot litigation bills for private interest groups, he sees "some good progress" in the moves announced Tuesday.

However, Brodie said the challenge will come when fundamental rights are opposed. Citing a legal battle between religious and gay rights groups at Trinity Western University Law School in B.C., Brodie questioned how the Liberal government would decide between legitimate human rights claims.

"If the government sees some piece of legislation that's unconstitutional... they should go ahead and change it.

"But if you're going to do it, you can't be pre-judging cases, picking and choosing," he said, adding that his understanding of the new program allows the independent body making the decisions to fund both sides of a challenge.

With files from Kathleen Harris and The Canadian Press