A number of Canadian troops infected with the novel coronavirus may have been carrying the virus symptom-free when they were deployed to long-term care homes — and may even have contracted it in the hotels where they were billeted — the country's top military commander acknowledged today.

Up to 40 per cent of Canadian troops infected with the novel coronavirus may have been carrying the virus symptom-free while they were deployed to long-term care homes — and may even have contracted it in the hotels where they were billeted — senior members of the military acknowledged today.

The remarks by Chief of the Defence Staff Gen. Jonathan Vance and the military's deputy surgeon general once again focused attention on the patchy testing regime employed by the Department of National Defence (DND) when over 1,600 troops were tasked with backstopping failing long-term care facilities in Quebec and Ontario.

As CBC News reported earlier this month, the military itself had been testing only those troops deployed to long-term care homes who displayed symptoms of the virus. Asymptomatic military members were not proactively tested — except in cases where the long-term care homes themselves provided the screening.

Maj.-Gen. Marc Bilodeau, the deputy surgeon general, told a Senate committee today that 40 per cent of the infections involved asymptomatic soldiers who were detected by preemptive evaluations by the nursing homes that were trying to identify and prevent "an uncontrollable outbreak."

At a separate public event on Friday, Vance said most of the 55 soldiers who contracted the novel coronavirus that causes COVID-19 did pick it up in long-term care homes, which have been hotspots of infection throughout the pandemic.

"We believe some of those troops that were determined to be affected had been asymptomatic before the operation started. So a testing regime is going to be really critical going forward, " Vance told a media briefing today on the pending withdrawal of military assistance from long-term care centres. The Canadian Red Cross will stand up hundreds of volunteers to take the place of soldiers over the next month.

Only four infected members of the military remain ill. The rest have recovered and none were hospitalized.

"The possibility they have been infected where they were staying has also been considered," Vance said.

"There was also contact with the virus in the facilities we were living in. We were sharing hotel space with other emergency workers and so on. The virus, you know, is insidious and easily contracted."

In response to questions from CBC News in early June, DND acknowledged it had no uniform testing program for troops  — an omission that alarmed a leading health and safety policy expert who advised Ontario's SARS commission more than a decade ago.

"CAF personnel deployed on Op LASER and assessed to be in close contact with active COVID-19 cases in [Long-Term Care Facilities] may be proactively tested based on recommendations of the local public health authority."

Mario Possamai, a former senior adviser to the Ontario government's SARS Commission, told CBC News at the time the military's approach amounted to a patchwork policy that failed to recognize the extraordinary uncertainty surrounding the transmission of COVID-19.

In its original story, CBC News sought clarification by requesting an interview with the military's surgeon general on two occasions. In both instances, those requests were not acknowledged.

Appearing before the Senate's social affairs, science and technology committee today, Bilodeau said that at the start of the pandemic deployment DND contracted with two labs — one in Toronto, one in Montreal — to conduct reactive testing on symptomatic individuals as needed. 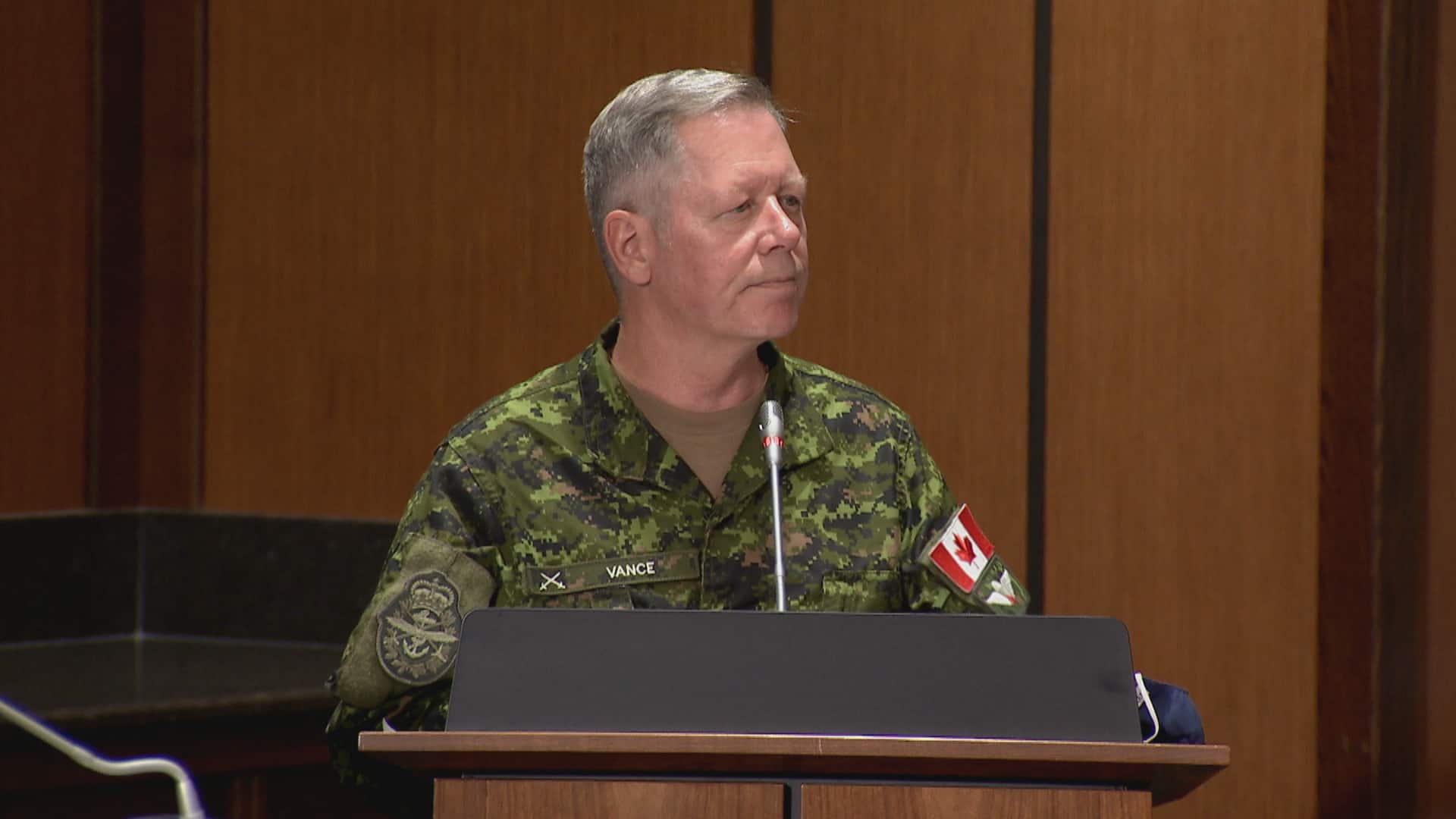 Soldiers had COVID before they went to care homes, Vance believes

9 months ago
0:38
Chief of Defence Staff General Jonathan Vance says the Canadian Armed Forces now thinks some soldiers infected with COVID-19 while working in long term care homes were asymptomatic before they were deployed. 0:38

Troops are now being tested before they deploy into long-term care centres to make sure they're not carrying the virus with them. They're also tested at the end of deployment to ensure they won't infect family and friends once they go home.

Vance today defended the decision to limit testing but acknowledged the military had learned important lessons ahead of a possible second wave of the virus — something he said he's worried about.

Vance said the troops did "a great job" protecting themselves and did the best they could under extraordinary circumstances.

"As we went into those long-term care facilities, we brought with us the best knowledge that we could, but we did not have local knowledge of the facilities themselves," said Vance.