A crisis like no other: Canada's finances could take years to recover from the pandemic recession

No one knows for sure how long the pandemic-induced recession will last, or what the economy will look like once it's over. One thing is almost guaranteed, though: governments are going to be running eye-popping deficits for some time to come.

Sean Speer was working for a different prime minister when a different recession forced Canada to run what was then the largest federal deficit in history.

Speer was a policy adviser to then-prime minister Stephen Harper during the 2008 global financial crisis. The urgent need for stimulus compelled the deficit-hating Conservatives to run a $55.6 billion deficit in their 2009 budget.

It was a staggering — but necessary — addition to the debt that amounted to 3.6 per cent of GDP. The current deficit will be at least five times bigger. The parliamentary budget officer says the deficit this year will be at least $250 billion — and that's the optimistic estimate.

"It really is an extraordinary magnitude," said Speer, now an assistant professor at the Munk School of Global Affairs and Public Policy. "It will blow the previous largest deficit in Canadian history completely out of the water."

Why the last recession was (comparatively) easy

The unprecedented financial crisis of a decade ago has been eclipsed by the unprecedented COVID-19 pandemic, both in the scale of the deficits it will create and in the uncertainty it generates about the path back to normal.

The global financial crisis seems almost simple in comparison to what the world is facing today. Back then, unsustainable mortgage policies and excessive market risk-taking triggered a banking and debt crisis that sparked a global recession.

But while money stopped moving, people did not. So traditional approaches to stimulus spending (combined with massive bailouts for key industries) could, and did, jolt the economy back to life.

A decade later, public health orders and the lack of a vaccine have put the global economy into what amounts to a medically induced coma — which makes arranging a traditional recovery difficult, if not impossible. Instead of billions of dollars in stimulus spending, the government is running up debt by sending billions of dollars in subsistence payments to Canadians and Canadian companies.

No one should count on a swift return to balance at the federal level. Such estimates are based on numbers that are changing constantly, but a senior government official said internal modelling suggests it will take several years at least before Ottawa's fiscal track returns to pre-pandemic levels.

"Things will improve fiscally from what they currently have," Speer said. "But because we won't have a fully functioning economy, revenues won't rebound for God knows how long."

It's a level of uncertainty profoundly greater than what Harper faced in 2009, or what Paul Martin confronted after the Liberals won the 1993 federal election.

Martin was the finance minister who finally balanced the federal budget after a quarter century of deficits. Speaking on a recent Canada 2020 podcast, the former prime minister said the challenge facing him back then was very different from what is happening today.

Years of immense deficits to come

"This is primarily a health problem," Martin said. "We really have to understand that the increasing growth of this debt will only stop when we have found a vaccine or a treatment."

All of which means the federal government likely will be running eye-popping deficits for at least several years. There is no immediate prospect of a vaccine, while a second wave of cases could halt the tentative economic re-openings many provinces are starting to explore.

Bank of Canada governor Stephen Poloz this week called the pandemic a "massive economic and fiscal challenge" that will "leave higher levels of debt in its wake." He also said Canada was in relatively good economic and fiscal shape going into this crisis, allowing the federal government to carry extra debt.

"We began this with a very healthy economy, with unemployment at a record low and inflation on target and government debt … was in a reasonable position," Poloz said.

"That suggests to us — to me, anyway — that the kind of scenarios that are being painted here are not untoward and in historical context that there is room to manoeuvre there."

Martin said the federal government will need a lot of that room until a vaccine or viral treatments allow for an return to normal economic activity that will largely take care of the deficits.

"As long as (economic growth) is greater than the interest rates of the time, it will deal with the indebtedness that has been created," he said. "That's been history and there is no reason why that will not happen today, and that is why we should not be afraid to spend whatever we have to do to deal with the human tragedy we are living through."

Martin said that gradual deficit reduction will accelerate as the temporary suite of government funded relief programs are wound down.

"This is not a debt built up over a 20 or 30 year period," he said. "It is a debt that has occurred because there is a whole suite of programs that have got to be put in place because people have been told they have to leave their jobs."

A slow recovery, a different kind of economy

But even if Martin's optimistic growth projection comes to pass and the aid programs can be quickly wound down, Canadians should expect recovery to be slow. 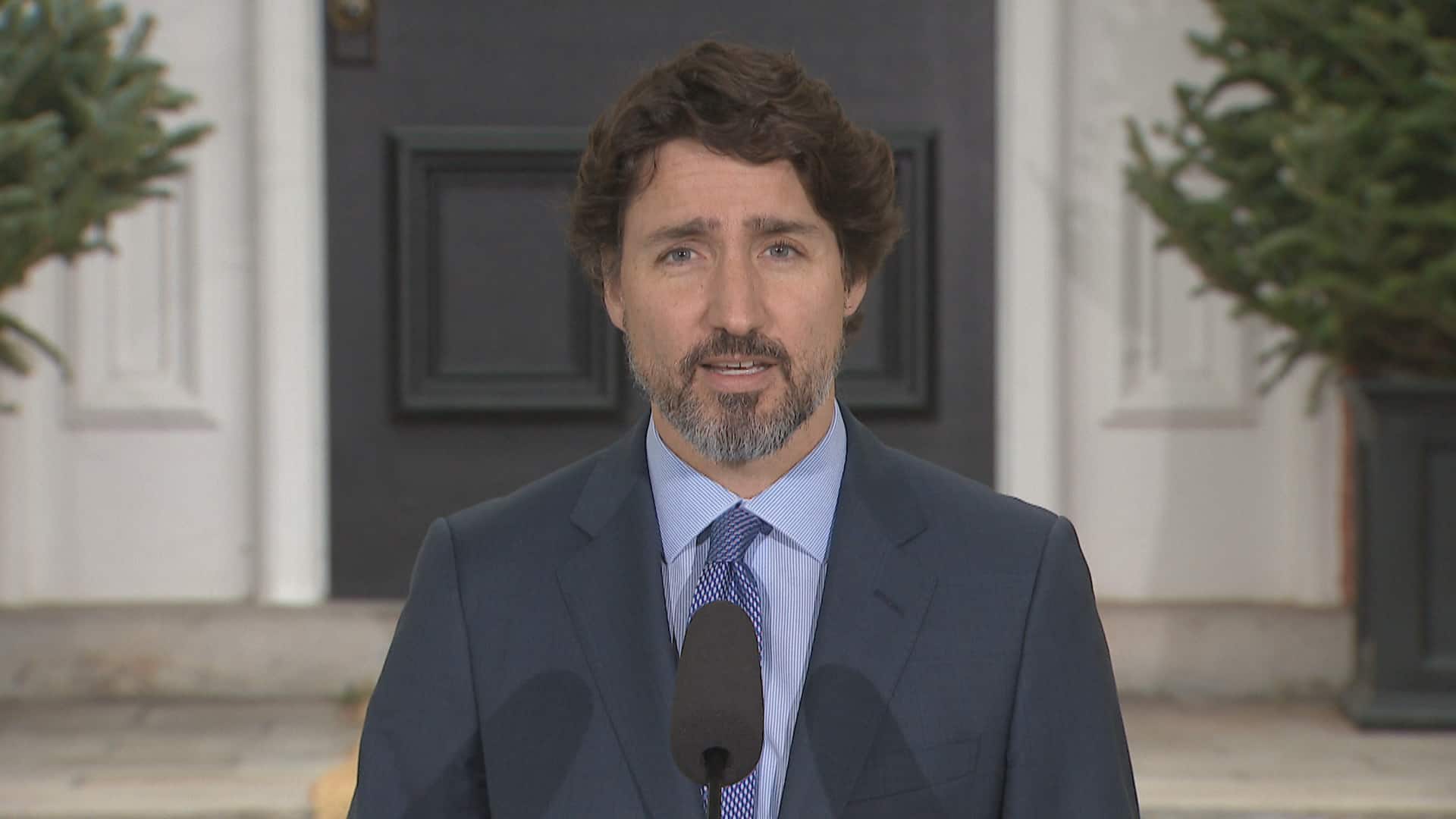 10 months ago
1:46
Prime Minister Justin Trudeau says he hopes the extension of the wage subsidy program to the end of August will give businesses a level of certainty while they look to reopen during the pandemic. 1:46

And there's no guarantee that economic activity will return to pre-pandemic levels on that timetable. Many companies — even entire sectors — may not survive the shutdown. A spike in household debt could limit consumer spending. Government revenue from corporate, personal and consumption taxes could take years to rebound.

The senior official said discussions are taking place within the federal government now about scaling back or postponing the fulfilment of some Liberal election promises to deal with the larger deficits and new demands on the public purse.

Finance Minister Bill Morneau has been reluctant to speak about post-pandemic plans and options. Like most of his provincial counterparts,  Morneau has shelved plans to table a budget due to the current economic uncertainty and volatility.

If not tax hikes, then — what?

But Morneau did say this week that tax hikes — including a GST increase — are not part of the government's immediate plans to deal with the deficit.

"We're not thinking about raising taxes," Morneau told the CBC's Rosemary Barton. "We recognize raising taxes is not what Canadians want us to do, so we're going to face up to it." 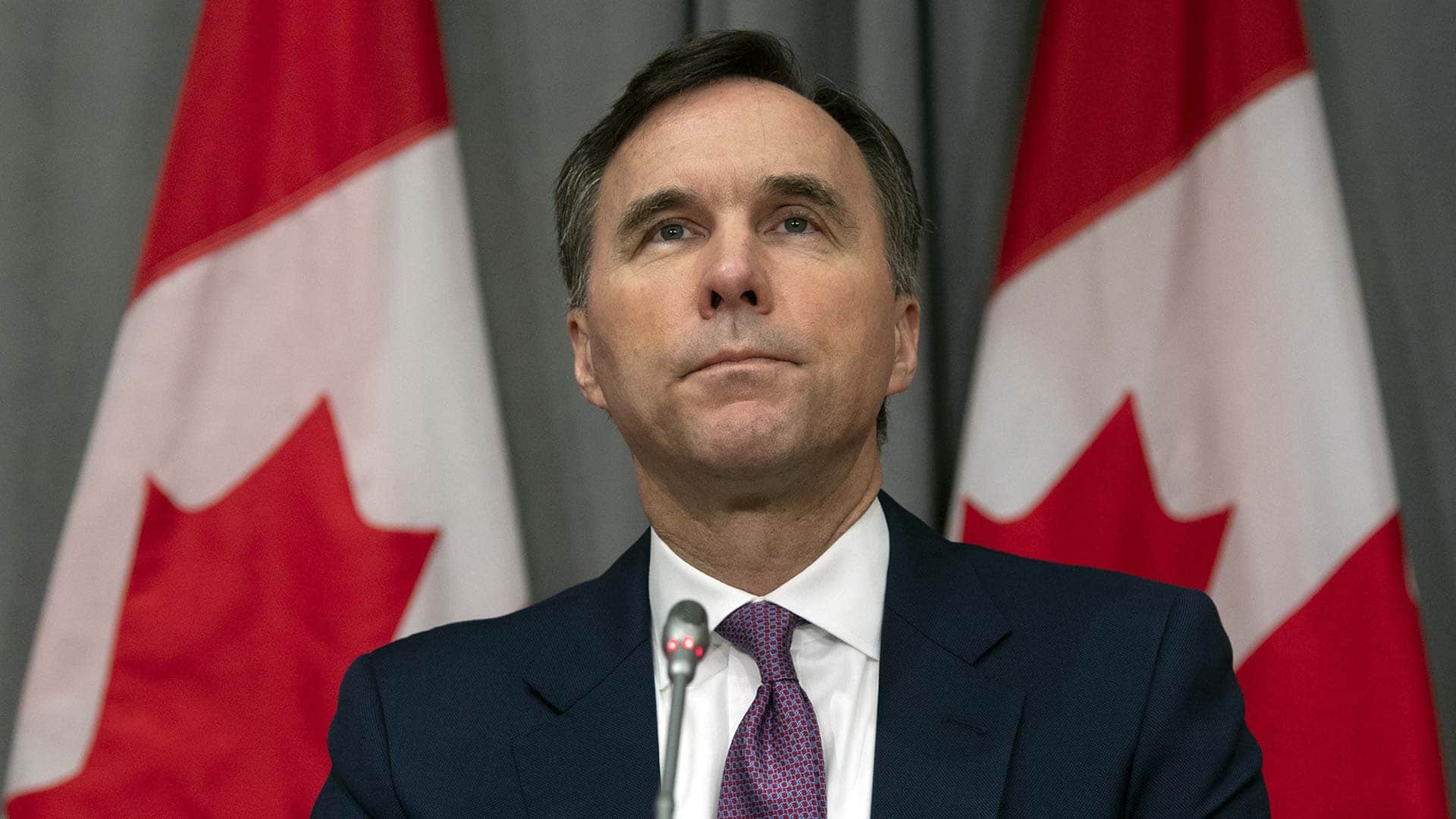 Morneau ‘not thinking about’ raising GST despite COVID-19 relief spending

10 months ago
5:46
Finance Minister Bill Morneau says the federal government is not thinking about raising taxes to pay for COVID-19 relief measures. He says the government is instead focusing on ways to set up the economy to “pick up where it left,” while acknowledging that challenges are ahead. 5:46

Speer argues the federal government eventually will have to make some difficult choices as it starts to climb its way out of the budgetary hole the pandemic created. Historically low interest rates will keep higher debt payments manageable in the short-term, he said — but that will change once economic activity revives and interest rates and inflation start to creep up.

"I'm not a debt alarmist. I'm not saying this is a fiscal crisis," he said. "It just narrows the list of options available to federal policy makers."

Speer suggested the federal government deploy a combination of the program review process Martin launched in the 1990s and the deficit reduction plan Harper followed as the recession triggered by the global financial crisis wound down.

In short, some difficult political choices face the party in power once the final tally of the pandemic is known. There's a real prospect now of a federal election campaign being fought while the deficit is still north of $100 billion.

That's something nobody thought was possible just a few months back — which seems like a very long time ago now.