Finance Minister Bill Morneau said today the coronavirus outbreak will have a "significant impact" on Canada's economy, with the oil patch expected to be among the sectors hardest hit.

Finance Minister Bill Morneau said today the coronavirus outbreak will have a "significant impact" on Canada's economy, with the oil patch expected to be among the sectors hardest hit.

Speaking at the Economic Club of Calgary, Morneau said the novel coronavirus will have ripple effects throughout the world because of China's massive economic footprint. A recent Bloomberg report estimates the coronavirus and efforts to contain it will cut U.S. economic growth alone by 0.4 per cent in the first quarter.

"It's a significant impact. We also know that the impacts on Canada will be real — impacts on tourism, impacts on the oil sector and, of course, impacts on supply chains for any business that has a supply chain that is integrated with Chinese producers or Chinese consumers," he said.

Lockdowns in Wuhan, a city of 11 million people, and other hubs in the Hubei province due to the coronavirus outbreak have led to reduced demand for many industrial inputs. Oil prices have dropped 15 per cent drop over the course of the crisis, Morneau said.

"We know the impact is real. It's going to be felt across the country, but perhaps even more so here in the oil and gas sector," he said.

Speaking to reporters after the speech, Morneau said that the risk of contagion in Canada remains low and health officials are working diligently to limit the spread of the virus.

He also argued that Canada's economy remains resilient and its fiscal position is stable enough to weather any global downturn. 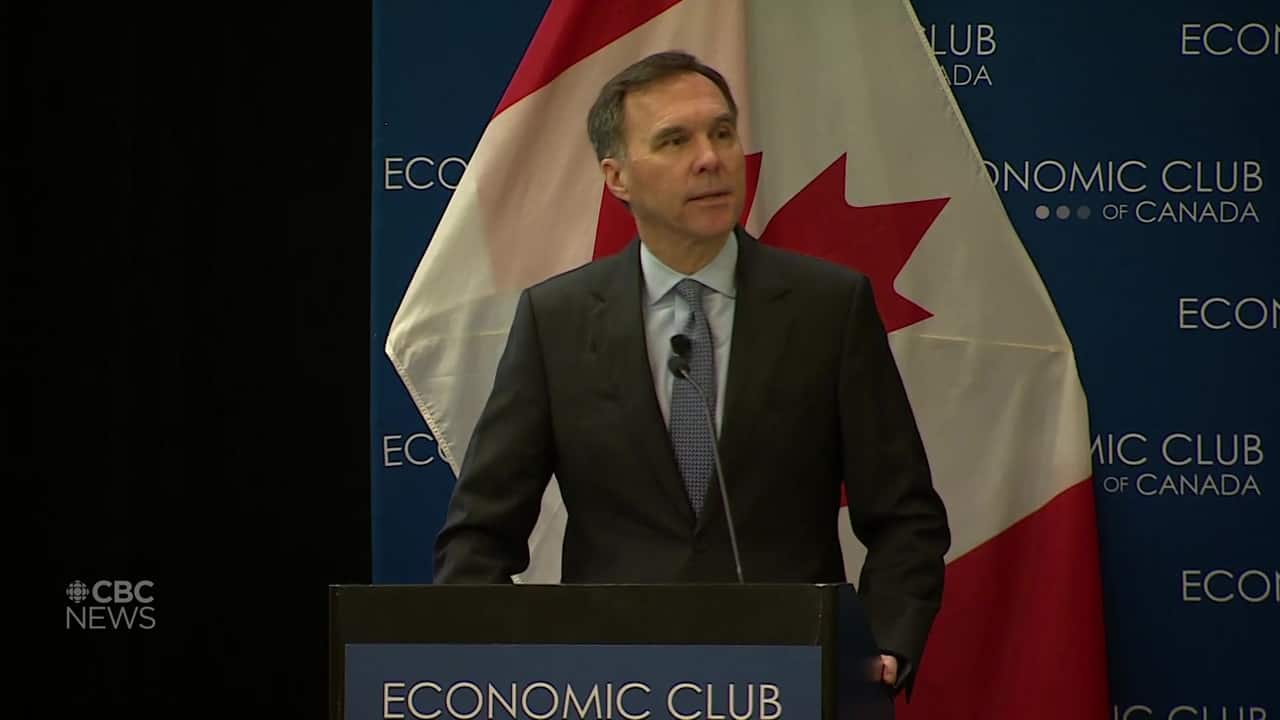 Morneau says coronavirus will have 'real impacts' on Canadian economy

1 year ago
0:41
Finance Minister Bill Morneau says the coronavirus is having an impact on Canadian tourism and natural resource industries. 0:41

Morneau said he expects the impact of the coronavirus will be a key topic at the upcoming meeting of G20 finance ministers and central bank governors, to be held in Riyadh, Saudi Arabia Feb. 22-23.

More than 40,000 cases of the novel coronavirus have been reported around the world, along with more than 900 related deaths, the vast majority of them in China. Seven cases have been reported in Canada — four in British Columbia and three in Ontario.

Canada has dispatched a second airlift to carry Canadians and their family members home from Wuhan. The first chartered plane arrived in Trenton, Ont. Friday with 174 people on board, and another 39 Canadians travelled aboard a U.S.-chartered plane.

Another 230 people have said they would like to be on the plane departing Wuhan today.