Global Affairs Canada is urging Canadians to avoid all travel to the Hubei province of China where the novel coronavirus orginated.

Global Affairs Canada is urging Canadians to avoid all travel to the Hubei province of China where a new strain of coronavirus orginated.

The restriction includes the cities of Wuhan, Huanggang and Ezhoum, where Chinese authorities are clamping down on travel to limit the spread of the virus.

"We have increased our risk level for the province of Hubei. Avoid all travel to the province due to strict travel restrictions imposed to limit the spread of the novel coronavirus," Global Affairs announced on Twitter late Monday.

The previous travel advisory warned people against all non-essential travel to the region.

The development came after MPs voted to immediately recall the House of Commons health committee to discuss Canada's response to the new strain of coronavirus. Hearings are to begin Wednesday.

MPs passed a motion Monday — their first day back in the Commons after a six-week winter break — to receive briefings from federal officials on Canada's response to the outbreak in China.

There are only two coronavirus cases in Canada right now: one confirmed case and a second presumed case.

The two individuals recently travelled to Wuhan, China — the epicentre of the outbreak — and returned to Toronto. The first patient — a man in his 50s — is in isolation at Sunnybrook Health Sciences Centre in Toronto and is now in stable condition. His wife, who is in self-isolation at home, is also now assumed to be infected.

Each case is "presumptive" until it is formally confirmed by the National Microbiology Laboratory in Winnipeg.

Matt Jeneroux, the Conservative health critic who pushed for the quick committee hearings, said parliamentarians must be briefed as soon as possible so Canadians have all the facts about the novel virus.

"While the government has said risk remains low in Canada, Canadians want to know what is being done at the border to ensure infected individuals are being identified, what is being done to help Canadians currently in China and what are the federal government's responsibilities and next steps in addressing a potential outbreak," he said in a media statement. 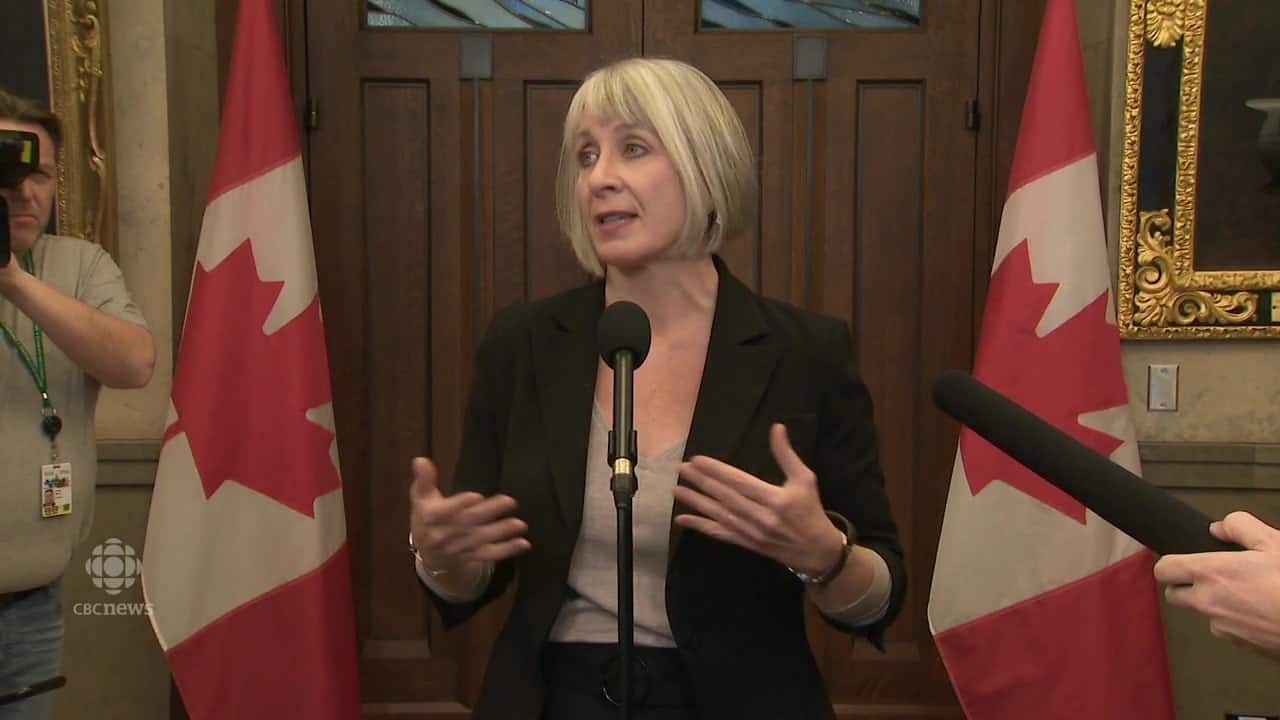 The first Canadian patient experienced symptoms on board China Southern Airlines Flight CZ311, but apparently he did not immediately report them. Health officials are now tracing fellow passengers who were seated close to the patient — in a two-metre radius — to determine if others were affected.

Ontario health officials said Monday another 19 people in the province are also under investigation for possible infection.

Federal Health Minister Patty Hajdu said officials at all levels of government have been working collaboratively to limit the spread of the virus. She did not provide any figures on how many people are being monitored for possible infection outside of Ontario, or how many Canadians are ill and still in China.

Hajdu insisted again that the risk of infection and an outbreak in Canada remains low.

"Part of the challenge is in communicating in an effective way to Canadians through the media, through other measures, that the risk is low," she said. "I think that is the primary message that I want to give Canadians: the risk of contracting coronavirus is low."