Changing the Criminal Code to enact a national ban on the controversial practice of conversion therapy could face some constitutional hurdles, legal experts say.

Canadian Psychological Association has dismissed the practice and called it harmful

The federal government's indication that it might change the Criminal Code to enact a national ban on the controversial practice of conversion therapy could face some constitutional hurdles, legal experts say.

Conversion therapy seeks to change an individual's sexual orientation or gender identity, and "convert" someone who is gay, lesbian or bisexual into a heterosexual.

"It would seem to me that using the criminal law is always tricky," said Carissima Mathen, vice-dean of University of Ottawa's faculty of law and an expert in constitutional law. "You immediately run into potential constitutional issues."

In March, the federal government rejected a petition with more than 18,000 signatures calling for a national ban on conversion therapy.

The government said at the time that, "conversion therapies are immoral, painful, and do not reflect the values of our government or those of Canadians." Ottawa also said that the governance of conversion therapy is largely a provincial and territorial issue, since it is sometimes carried out by members of the health profession. 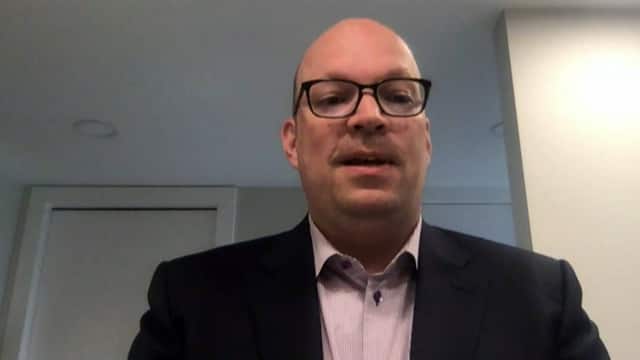 What is conversion therapy? An expert explains

2 years ago
1:36
Dr. Kristopher Wells is one of the driving forces behind the campaign to ban conversion therapy in Canada. He is the Canada Research Chair for the Public Understanding of Sexual & Gender Minority Youth and describes the dangers of the controversial therapy. 1:36

However, according to a letter sent in June to Alberta's Justice Minister Doug Schweitzer, the federal government is now looking at ways to reform the Criminal Code in order to "combat conversion therapy."

The letter,  signed by federal Justice Minister David Lametti, Health Minister Ginette Petitpas Taylor and Edmonton Centre MP Randy Boissonnault, special adviser on LGBT issues to the prime minister, provides few details on what legal remedies are being considered. Instead, it says the government is looking at Criminal Code reforms to "better prevent, punish, and deter this discredited and dangerous practice."

Health organizations, including the Canadian Psychological Association, have dismissed the treatment, saying it has no efficacy. They have also warned that the effects of such therapy can be harmful, resulting in distress, anxiety, self-harm and suicide.

Parliament does have the power to determine something is harmful, and, as a general rule, can seek to limit that harm from occurring, Mathen said.

And courts have generally given the government a fairly wide berth and broad latitude to decide what is harmful, she noted. But when it comes to something like conversion therapy, or the act of counselling, as opposed to the administration of a potentially harmful remedy like a drug, the federal government could run into a couple of hurdles.

One key question, Mathen said, will be: "How do you define when therapy crosses the line?"

If the government changes the code, Mathen said someone who administers conversion therapy but is prevented from doing so could launch a challenge under Section 2 of the Charter of Rights and Freedoms, arguing their freedom of expression is being violated.

And once the government uses criminal law power, with, presumably, some potential jail sentence, that could trigger Section 7 of the charter that protects people from deprivation of liberty, she said.

"You're facing a potential Section 7 challenge on the basis that the law is just too blunt a tool and you're putting people at risk of imprisonment in ways that are fundamentally unfair."

But conversion therapy itself is not banned outright. This means that some faith-based communities that view homosexuality as a sin are free to practise the therapy in Canada.

Daniel Lerner, a Toronto-based defence lawyer who was a former Ontario Crown prosecutor, said individuals who seek out the therapy could potentially challenge any government under Section 2 of the charter, with a freedom of religion argument.

"I can see somebody making a freedom of religion argument that my religion requires me to have this conversion. And you're preventing me from exercising my religion."

Under Section 7, an individual could also argue that they believe their security of the person requires them to undergo conversion therapy and the government is depriving them of that service.

Still, Lerner believes that despite any charter challenges, the government would likely prevail.

"Certainly the government does put in laws that they believe [are] to save people from themselves," he said.

"There's just such a strong medical consensus out there about conversion therapy. You can objectively point to the dangers of it."

Sen. Serge Joyal, chair of the legal and constitutional affairs Senate committee, introduced his own bill in April in an attempt to curtail conversion therapy. His bill would criminalize anyone who advertises to provide conversion therapy or "receives a financial or other material benefit from providing conversion therapy to minors."

Concerned his bill would face freedom of religion issues, Joyal said he crafted his legislation to be similar to the new prostitution laws of 2014 after the Supreme Court struck down Canada's prostitution laws.

"I said to myself if that is the context into which prostitution is regulated, we could do the same with conversion therapy and we would not run the risk of facing a charter issue."

But the prostitution law has also faced a court challenge, with lawyers representing two London, Ont., escort agency owners arguing that law violates the charter for sex workers by not ensuring their "security of the person."

It's not yet clear how that challenge will be decided.

Nor is it clear how Joyal's bill will fare, or what steps the federal government, which has risen for the summer, might take to move forward any legislation around conversion therapy.