Trudeau said Canada must 'do better' in the future

Trudeau made the comments after a jury in Battleford, Sask., Friday found Gerald Stanley not guilty of second-degree murder in the 2016 death of 22-year-old Colten Boushie, a resident of the Red Pheasant First Nation.

"I'm not going to comment on the process that led to this point today, but I am going to say we have come to this point as a country far too many times," Trudeau said in California, where he was wrapping up a four-day trip to the U.S.

"I know Indigenous and non-Indigenous Canadians alike know that we have to do better."

Trudeau's comments appeared to reflect concerns expressed by hundreds of Indigenous people who took part in protests across Canada on Saturday against what they described as injustice and a lack of fairness within the court system. A protest on the steps of the Saskatoon courthouse drew about 1,000 people alone.

"My thoughts are with the family of Colten Boushie tonight," Wilson-Raybould wrote Friday. "I truly feel your pain and I hear all of your voices. As a country we can and must do better — I am committed to working every day to ensure justice for all Canadians."

Federal NDP leader Jagmeet Singh echoed those sentiments as he tweeted: "There was no justice for Colten Boushie.

"Already Indigenous youth live with little hope for their future, and today they have again been told that their lives have less value. We must confront the legacy of colonialism and genocide so they can see a brighter future for themselves." 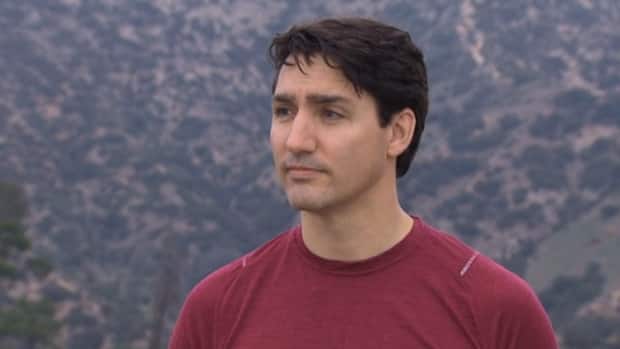 Many concerns have been raised about discrimination toward Indigenous people in the criminal justice system; retired Supreme Court judge Frank Iacobucci, for example, raised flags about a lack of Indigenous representation on juries in Ontario in 2013.

Iacobucci's probe was launched after an inquest into the 2007 drowning death of a high-school student in Thunder Bay, Ont., was stopped because of a lack of Indigenous people on the jury.

But federal Conservatives, some of whom also expressed their condolences to Boushie's family, nonetheless blasted Trudeau and his ministers for weighing in on a specific case.

"The tragic death and pain for the family of [Colten Boushie] is unimaginable, and our thoughts are with his community," Conservative Indigenous affairs critic Cathy McLeod wrote on Twitter.

However, she added, "we need to let the many steps of an independent judicial process unfold without political interference."

Conservative deputy leader Lisa Raitt and finance critic Rob Nicholson also criticized Trudeau and Wilson-Raybould, with Raitt questioning whether the prime minister and justice minister were implying that the jury arrived at the wrong verdict.

Several Tory MPs, meanwhile, retweeted a comment from Toronto criminal lawyer Sean Robichaud, who argued it was "wholly inappropriate for elected officials to publicly undermine findings of a lawfully delivered verdict, particularly when it is one of a jury."

In an interview, Robichaud said any public comments from the prime minister or justice minister questioning the credibility of the judiciary pose a threat to Canada's democratic system, in which the courts are equal to and separate from the legislature.

They could also have the reverse effect of what Trudeau and Wilson-Raybould may want, he added, by making it more difficult to appeal the decision because of perceptions any future jury would be tainted.

The correct response to a verdict that the government doesn't agree with, Robichaud said, is an appeal.

The trial heard that Boushie was shot in the head while he was sitting in an SUV that had been driven onto Stanley's farm near Biggar, Sask.

The SUV driver testified the group had been drinking during the day and tried to break into a truck on a neighbouring farm, but went to the Stanley property to ask for help with a flat tire.

Stanley, 56, testified that he fired warning shots to scare the group off. He said the fatal shot occurred when he reached into the SUV to grab the keys out of the ignition and his gun "just went off."

With files from Bill Graveland