Conservative leadership candidate Lisa Raitt waged a frontal assault against potential rival Kevin O'Leary today, accusing him of using Donald Trump-style tactics and theatrics that would kill any chance of the party's return to power.

Conservative leadership candidate Lisa Raitt waged a frontal assault against potential rival Kevin O'Leary today, accusing him of using Donald Trump-style tactics and theatrics that would kill any chance of the party's return to power.

Raitt, a former cabinet minister under Stephen Harper, held a news conference to officially launch her new website www.StopKevinOLeary.com, a pre-emptive strike against the businessman and reality show celebrity who has not yet officially entered the race.

She also took aim at fellow contender Kellie Leitch for ripping from the president-elect's playbook and pinning the country's problems on immigrants.

"Kevin O'Leary and Kellie Leitch are both taking lessons from what we just saw recently in the U.S. election, and they're embracing a style of negative, and I would say irresponsible, populism," she said.

Calling him a "TV entertainer with absolutely no filter,"  Raitt slammed O'Leary's threat to ban unions, his praise for high poverty rates, and recent remarks he made about men and women in uniform.

All of that, she said, is "cheap talk" to score political points. 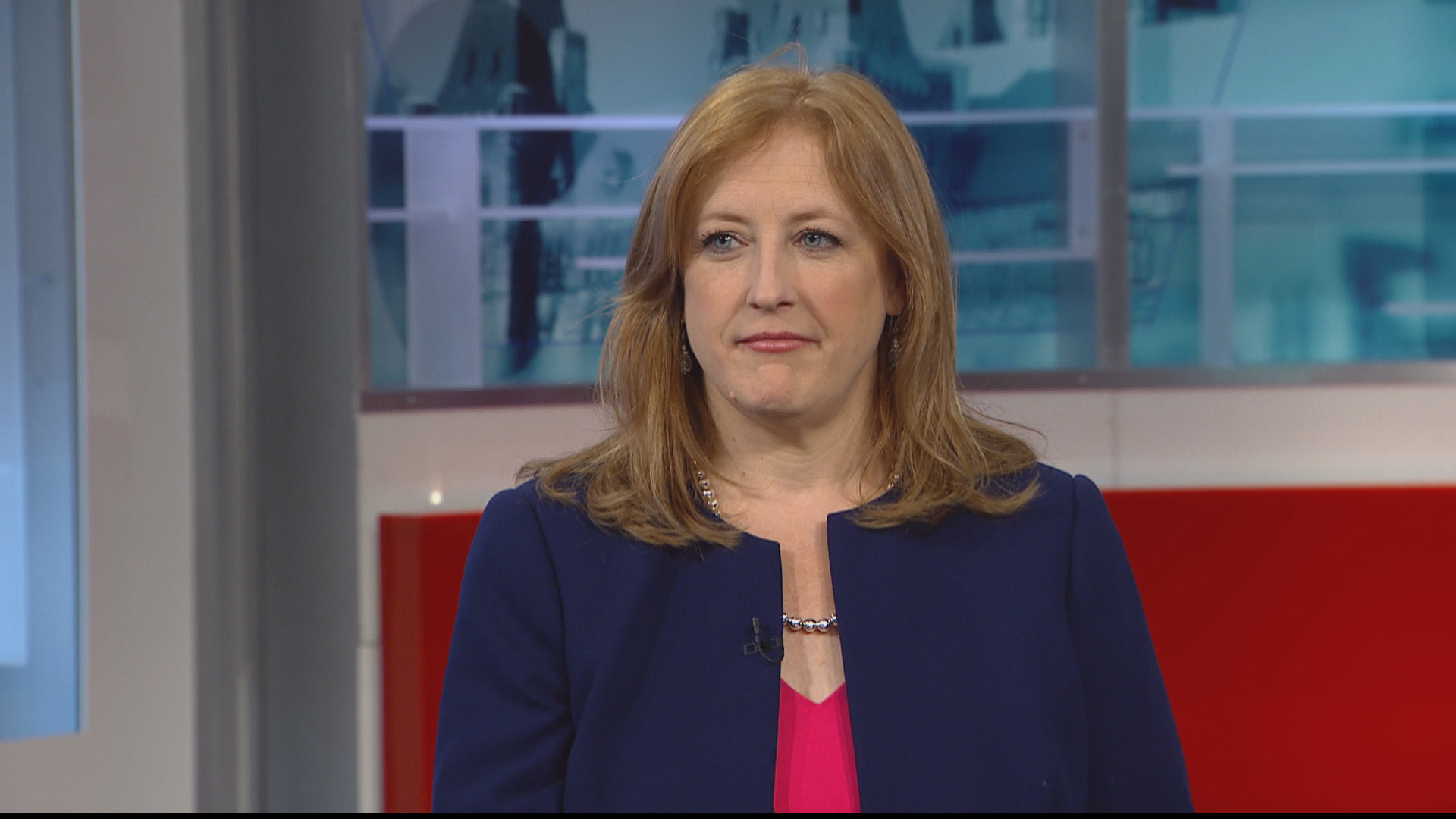 Raitt asked Conservatives and all Canadians to go to her website, which features a list of criticisms of O'Leary and two videos and asks visitors to provide their email address and postal code. Asked by CBC News Network's Power & Politics if the website was designed for data mining, Raitt said it was a bid to mobilize like-minded Conservatives.

"It's an absolute exercise in organizing people who have the same point of view with respect to what a Conservative Party that can win in 2019 looks like. Absolutely," she said. "That's why the website is there."

Calling on Conservatives to unite

"If principled and pragmatic Conservatives don't join together, we will see our party hijacked by the loudest voice in the room," she warned.

Raitt is the latest in a string of candidates who have lashed out at O'Leary.

On Tuesday, Andrew Scheer called on him to "fish or cut bait," and make a decision on whether to run before the Jan. 17 French language debate in Quebec City. O'Leary, who does not speak French, has tasked an "exploratory" team and launched his own website to drum up public support.

Erin O'Toole and Michael Chong have also criticized comments O'Leary made last month on Ottawa radio station CFRA when he said Canadians are known as peacekeepers, not warriors, and that "there is nothing proud about being a warrior."

O'Toole called on O'Leary to apologize, while Chong issued a strongly-worded statement calling the comment "ill-conceived and ignoble" and an "egregious attack" on Canada's institutions for the sake of a soundbite.

O'Leary spokeswoman Amy Mills said they would rather stay focused on Justin Trudeau and his "mismanagement of Canada's economy."

"Kevin is the kind of leader who has what it takes to defeat Justin Trudeau. It's natural that some other candidates may take a run at him," she said. "That's politics. It's just not the politics we want to play."

Leitch issued a statement in response to Raitt's attack, saying her Conservative rival drew a line in the sand and showed she "stands with the Liberals and media elites."

"She does not think it is important to ensure that the people we welcome into our country share our historic Canadian values of hard work, generosity, freedom, and tolerance," she said."The choice is clear: I am the only candidate in this race who will screen newcomers to Canada for those Canadian values."

Long-time Conservative strategist Chad Rogers said O'Leary is under attack because candidates are trying to drum up donations and membership by appealing to those "repelled" by him. He said Conservatives have also learned from other recent leadership races where name recognition has played a significant factor.

"We look south of the border at Mr. Trump, we look here in Canada at Justin Trudeau, on the front end of their campaigns people didn't take it seriously and they underestimated the value of starting the race with dramatically higher name recognition with average Canadians than other politicians," he said.

Amid all the mudslinging, two other candidates made policy announcements on immigration.

On Wednesday, Steven Blaney proposed slowing the pace of immigrants and refugees allowed in to Canada to allow cities and provinces to better integrate newcomers. Accepting fewer immigrants would also allow for stronger security screening measures, he said.

O'Toole pledged on Tuesday to restrict the Temporary Foreign Worker program to jobs in certain sectors, such as agriculture and tourism, that can't be filled by Canadians.

He also said Yazidi people persecuted by ISIS as well as Afghan interpreters who served alongside Canadian Armed Forces members should be given priority for refugee resettlement.

There are now 13 contenders in the race. The winner will be declared May 27.

With files from Susan Lunn and The Canadian Press