The Conservative Party has a new leader. Is that enough to win the next election?

The Conservative party has a new leader, one who has promised to march in a Pride parade and who will, in the earliest election scenario, face a Liberal government that will have been in office for five eventful years. Is that enough to make Erin O'Toole the next prime minister of Canada?

The Conservative party has a new leader, one who has promised to march in a Pride parade and who will, in the earliest election scenario, face a Liberal government that will have been in office for five eventful years. Is that enough to make Erin O'Toole the next prime minister of Canada?

If the Conservative party only failed to win the last election because its leader couldn't explain why he wouldn't march in a Pride parade and Canadians were not quite tired of Justin Trudeau's government, then O'Toole may indeed be set up to win the next election.

But if the result of the last election had as much to do with public concerns about climate change as it did with anything else, and if the next election could, to some significant degree, be about all that this current pandemic has exposed and left behind, then much remains to be seen.

Previously considered an affable moderate, O'Toole seemed the candidate most willing in this race to speak to the Conservative id. His goal, he said, was to "take back Canada" (Who took it? How was it taken? On whose behalf would it be taken back?) and he pledged to fight the "radical left" and "cancel culture." He billed himself as the "true blue Conservative." 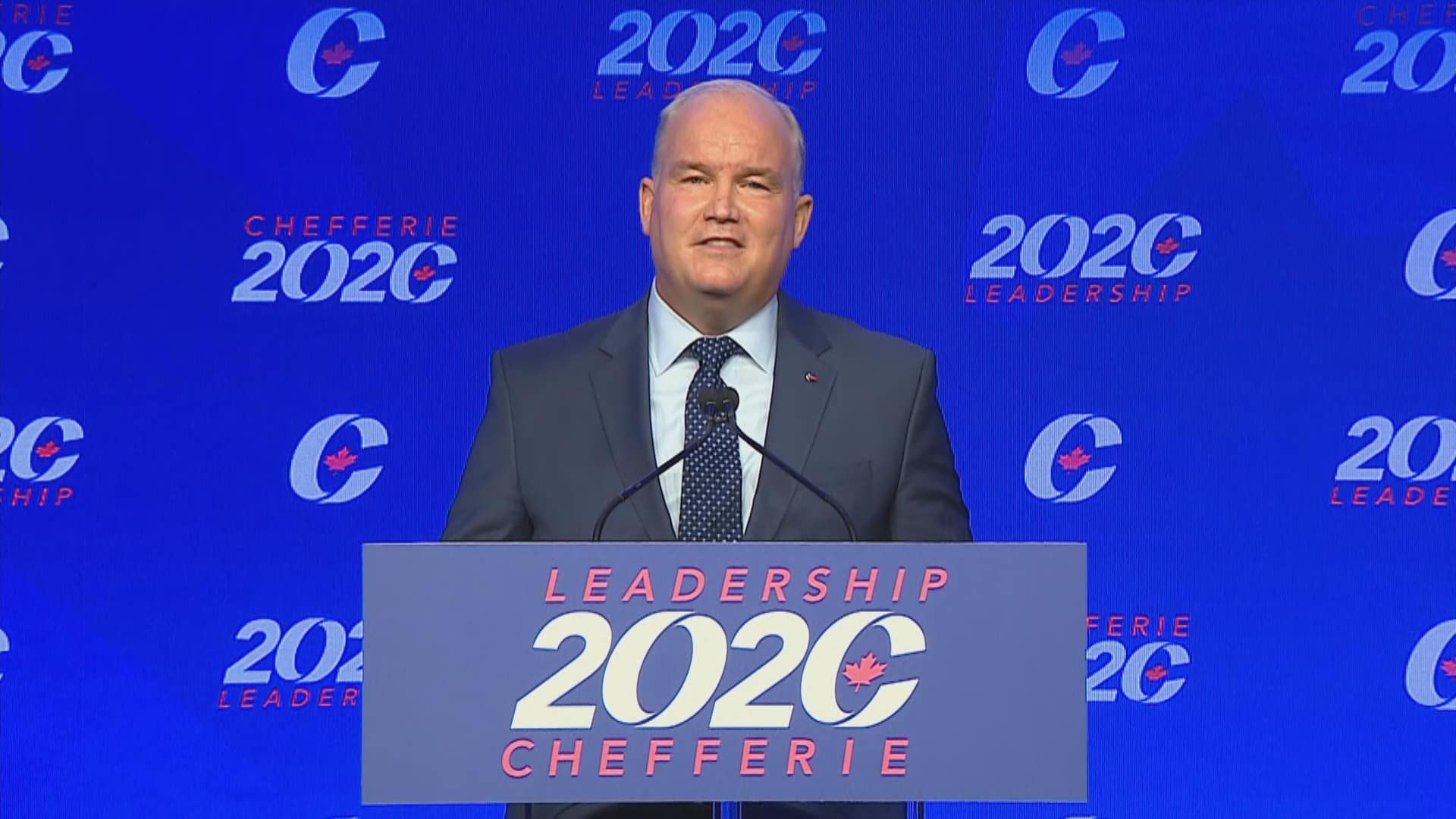 He aligned himself with the Ontario Proud network, won the endorsement of Alberta Premier Jason Kenney, reached out to upstart conservative websites and mocked the fact that Peter MacKay, his chief rival, had been endorsed by the editorial board of the Toronto Star.

Based on an initial read of the results, his victory owes something to late-ballot support from the social conservatives who supported Leslyn Lewis and Derek Sloan.

But there was no mention of taking back Canada in the nationally televised speech that O'Toole delivered in the wee hours of Monday morning. Instead, there were direct and explicit appeals to those who have voted for other parties in the past, or who have turned away from the Conservative party.

He was upbeat and humble as he sketched his personal story and praised teachers and health workers. He criticized the Trudeau government — for its fiscal policy, for its ethical controversies, for its handling of the pandemic — but promised to lay out a "positive vision" for a Conservative alternative. He would fight, he said, for working families and offer "serious leadership."

Politicians are often afflicted with short memories and O'Toole might soon be asked whether he is attempting to pivot. For a night, at least, the Conservatives seemed to have a leader who might be more marketable than the last one.

His path to victory and the views of the Conservative base will now have ramifications for his leadership and the positions his party takes between now and the next election. But the issues to which O'Toole will be asked to apply himself and his party now extend well beyond cancel culture.

The Conservative leadership race failed to produce a climate plan that went much beyond what Andrew Scheer (and Stephen Harper before that) had to offer in 2019.

If anything, the window of acceptable Conservative climate policy seemed in danger of narrowing when MacKay condemned O'Toole's vague endorsement of a "pricing regime" for industrial emitters. O'Toole briefly suggested he would end government subsidies for fossil-fuel industries, only to quickly retract that position.

When O'Toole introduced himself to the rest of the country on Monday night, he made no mention of the climate crisis.

A month from now, the Trudeau government will take its turn to address the country when Governor General Julie Payette — if she can withstand the controversies encircling her — presents a throne speech to open a new session of Parliament. But the Liberals have signalled a desire to seize the opportunity presented by the need for economic stimulus and embrace several of the issues — from child care to vulnerable workers — that have come to the fore over the last six months. 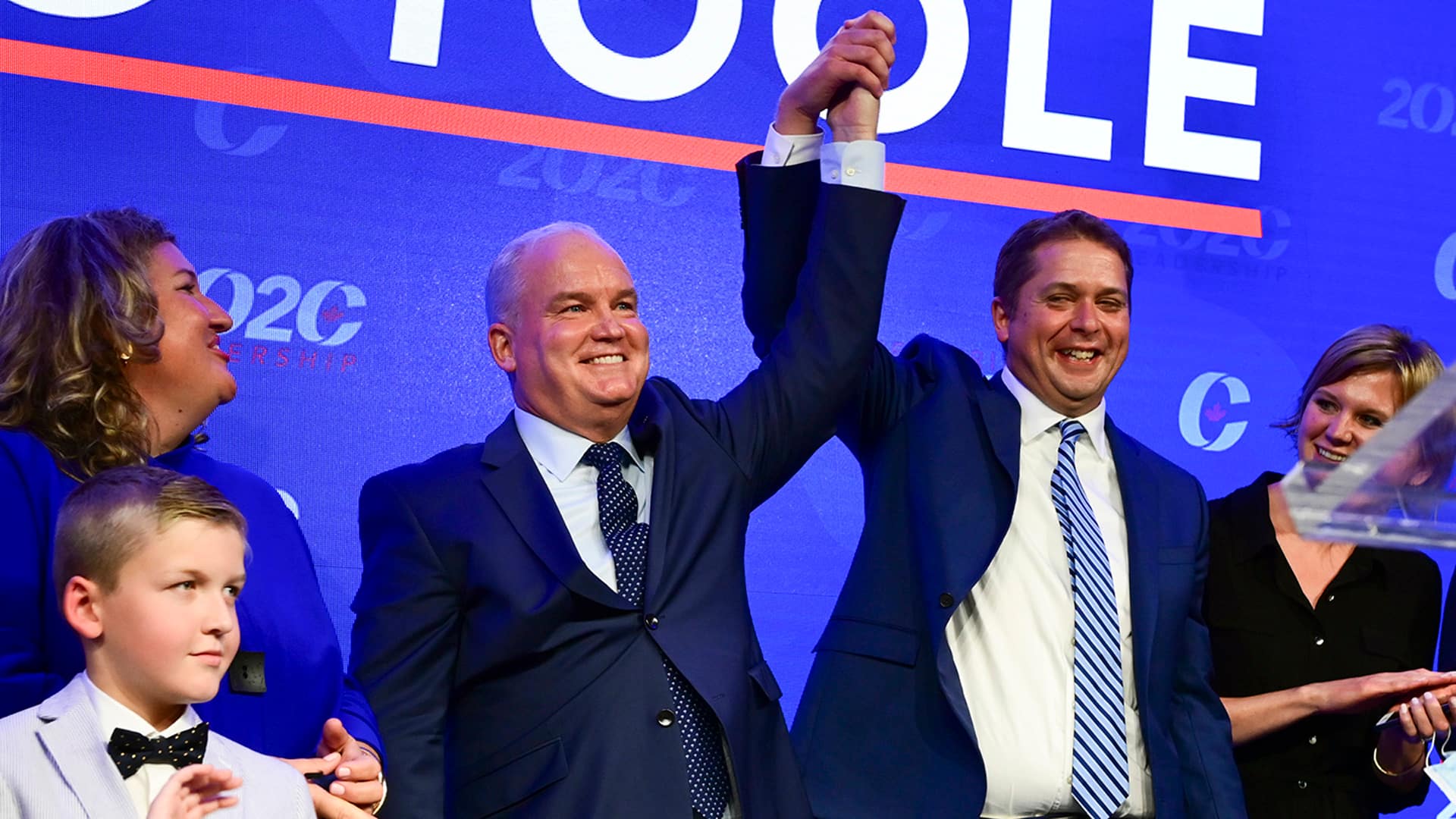 3 months agoVideo
3:44
Erin O'Toole won the Conservative leadership in part by courting the social conservative vote within the party, but he immediately reached out to the LGBTQ community after his victory. As party leader, O’Toole will have to appeal to social conservatives without alienating a broader voter base. 3:44

The Conservative platform will also inevitably lean harder on tax cuts. But within those parameters there is a lot of space that might be contested.

Does O'Toole's Conservative party, for instance, want to do anything to address the state of long-term care in Canada? Would it support increased federal funding for improving it? How about new national standards?

What about income inequality, precarious work and low-wage work? How would O'Toole reform employment insurance?

On child care, O'Toole has proposed doubling the existing tax deduction for child care expenses and, for a limited time, making the tax credit refundable. But would O'Toole do anything to directly create new child care spaces?

Over the last six months, the Conservatives have castigated the Trudeau government's attitude toward Parliament. Will the next Conservative platform include a plan to empower the House of Commons and improve transparency and accountability in government?

The Liberals have now repeatedly threatened to exhaust the public's patience with ethical missteps and the Conservatives have landed on a leader who seems potentially more palatable to a wider swath of voters.

But the fight to determine what the next election will really be about has only just begun.