Conservative Leader Erin O'Toole and Bloc Québécois Leader Yves-François Blanchet are back on Parliament Hill today after self-isolating for two weeks due to positive COVID-19 tests.

Blanchet said his personal experience should serve as a warning to everyone to take public health guidance seriously.

"Some people go through it much more painfully than I did. I was very, very, very lucky. Some people die of that thing," he told a news conference.

"There is no absolute protection. There [are] only ways to reduce the probability of catching the thing and giving it to someone who might be more vulnerable to it." 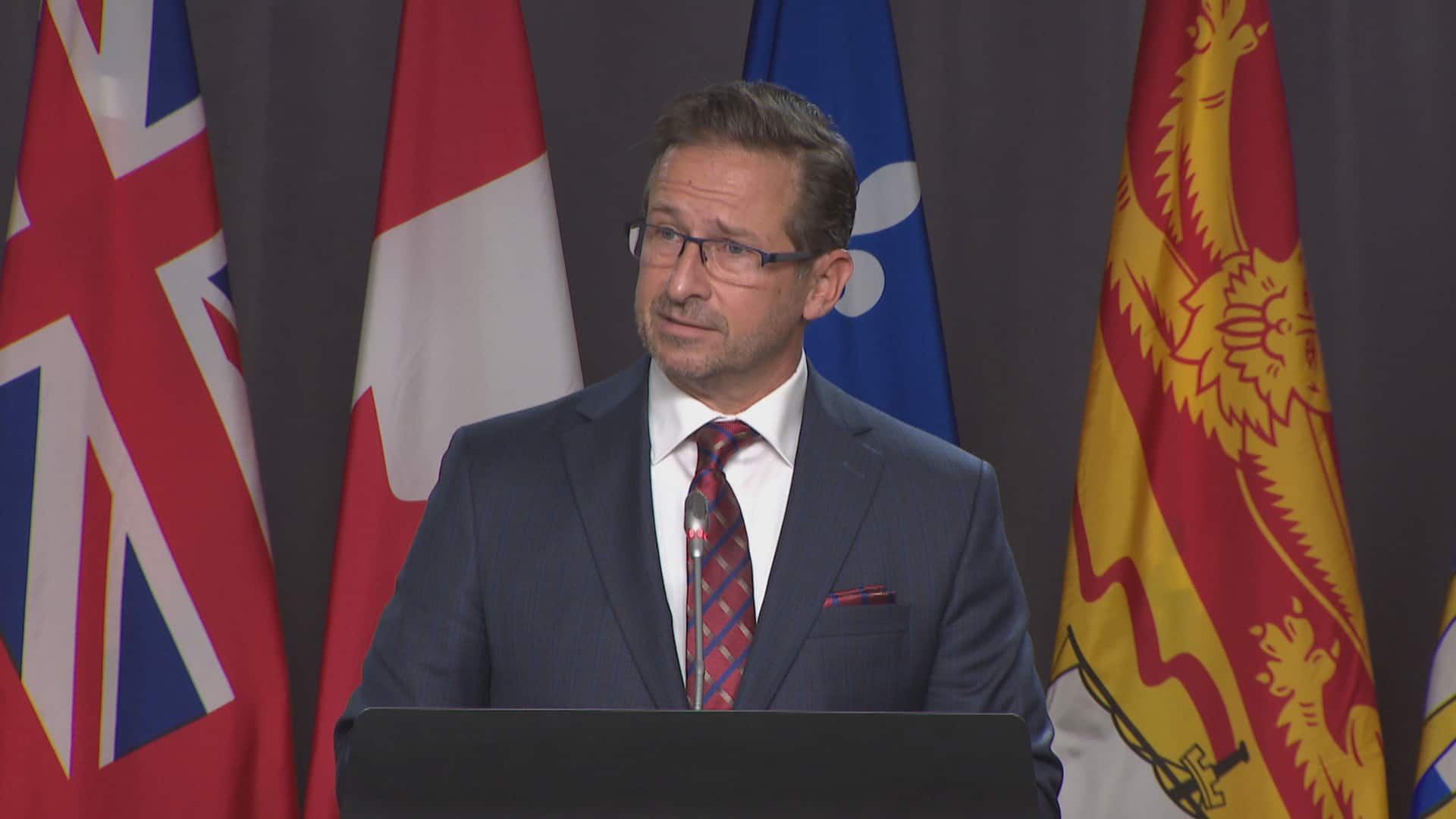 Blanchet reflects on his COVID-19 experience

O'Toole took his seat in the House of Commons today for the first time since winning the Conservative leadership race, giving him his first opportunity to go head-to-head with Prime Minister Justin Trudeau.

His wife Rebecca, who also had tested positive, tweeted that it was a "big day" for him in his new role as leader of the Official Opposition.

O'Toole said it felt great to be back  on Parliament Hill.

"No one wants the end of their first week being confined, but it's a good opportunity for Canadians to remember that we have to be careful about the spread of COVID-19," he said during a walking scrum with reporters.

"There is a second wave, particularly here in Ontario, so please be well, social distance, download the app and be part of the solution."

Watch: Erin O'Toole returns to the House of Commons 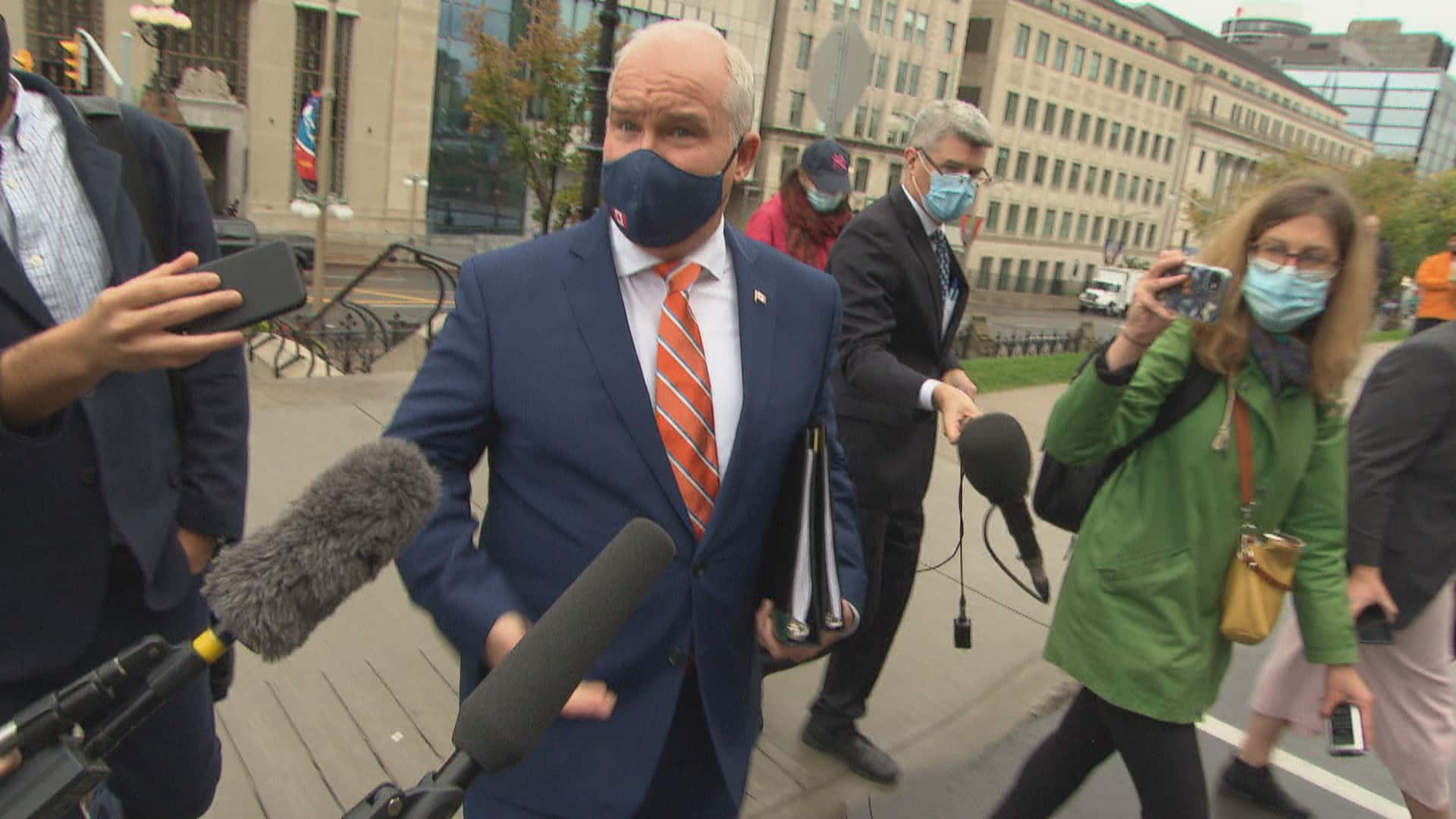 O'Toole returns to Parliament after testing positive for COVID-19

2 months agoVideo
0:21
Conservative Leader Erin O'Toole left his party's caucus meeting and spoke with reporters during a walking scrum as he returned to his office in the West Block. 0:21

After thanking Canadians for their support as he and his wife recovered from COVID-19, O'Toole kicked off his first appearance as party leader in question period by grilling Trudeau on his stated goal of reconciling with Indigenous people, describing the prime minister's record as "all talk and no action."

"Indigenous communities need the prime minister to roll up his sleeves and get down to work," O'Toole said.

The new Conservative leader also pressed Trudeau on the length of time it's taking Health Canada to approve rapid testing devices that would take some of the pressure off lab-based testing centres.

"The United States has been approving rapid testing for months. The European Union has been approving them since spring. Our European trade agreement actually requires us to deem the processes for medical investigation to be equivalent to the EU but Germany, Italy and the UK have been having tests for months, while Canadians wait hours in line," O'Toole said. "When are Canadians finally going to receive rapid testing?"

Trudeau welcomed both O'Toole and Blanchet back to the House of Commons before defending his government's record. He said his government has given provinces new resources to ramp up testing and pointed to his government's decision to buy 7.9 million ID NOW tests from a U.S.-based firm for distribution in Canada. 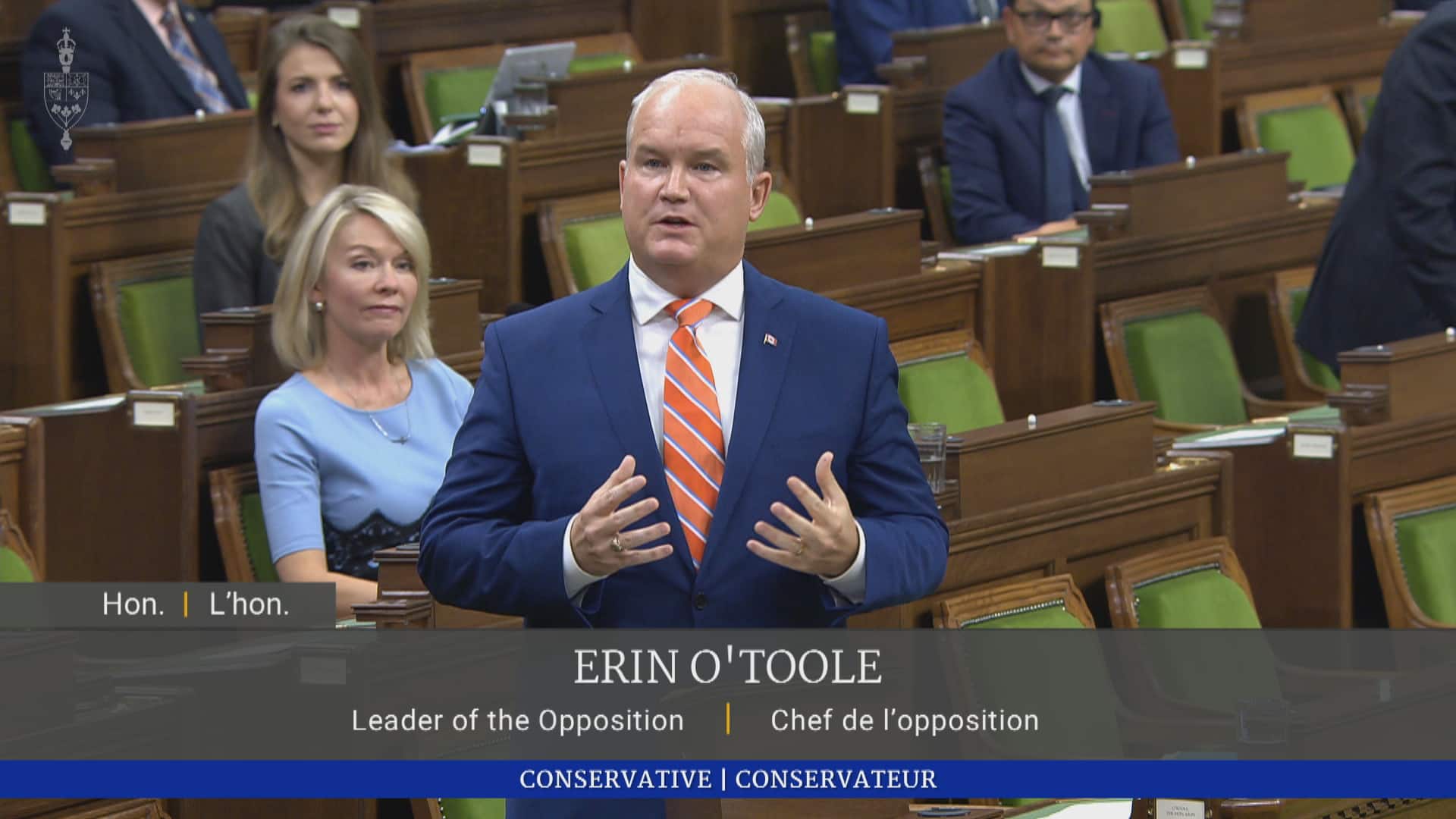 After question period, O'Toole gave his response to the government's throne speech, which was delivered by Gov. Gen. Julie Payette in a scaled-down ceremony last week.

O'Toole repeated his call for more rapid testing while criticizing the Liberal government's approach to China and trade.

Earlier today, MPs unanimously passed legislation to provide new financial supports to Canadians who are unemployed or have reduced hours due to the pandemic.

The vote on Bill C-4 was declared a confidence test by the minority Liberal government. Conservative MPs had opposed fast-tracking the bill but ended up voting for it, as did Bloc MPs.

The bill must still be passed by the Senate.

Watch: O'Toole delivers his response to the speech from the throne: 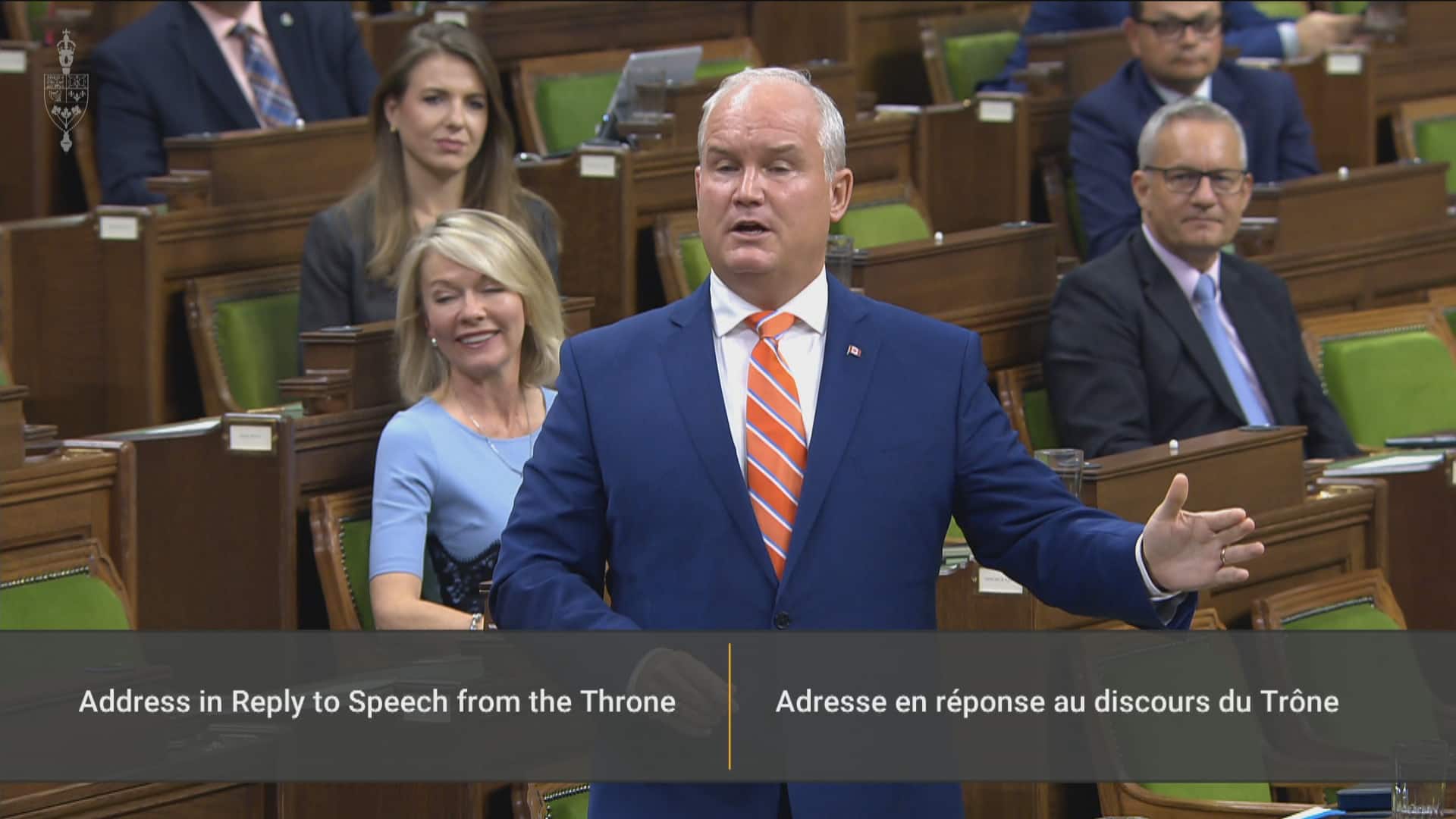 O'Toole delivers his response to the speech from the throne

2 months agoVideo
2:30
Conservative Leader Erin O'Toole returned to the Commons today after being quarantined with COVID. O'Toole spoke for about an hour, outlining how his policies differ from those of the Liberal government. 2:30
CBC's Journalistic Standards and Practices|About CBC News