The new president of the Canadian Medical Association wants to see politicians debate the pros and cons of decriminalizing opioids, despite the federal government saying it is not interested in such a move.

The new president of the Canadian Medical Association is calling on politicians to have an "open and courageous" debate about decriminalizing opioids in the face of a nationwide overdose crisis.

"I think the time for having those conversations is now," Dr. Gigi Osler told the CBC's Chris Hall in an interview airing Saturday on CBC Radio's The House.

"With the opioid crisis at the stage it is now, it's probably worth it to have that open and courageous conversation, to look at whether decriminalization would be part of the solution or would it contribute to the problem."

Osler said she uses the word "courageous" to describe such a debate because Canadian society's prevailing attitudes toward substance abuse — particularly of opioids — make such a conversation politically perilous.

"There's still a lot of stigma associated with people who have an opioid use disorder," she said. "To decriminalize opioids almost means for some people they need to accept it."

At least 1,036 Canadians died in the first three months of this year of what appeared to be opioid overdoses, raising the opioid epidemic's national death toll to more than 8,000 people since January 2016, according to newly released government figures.

"The opioid crisis certainly is a huge public health crisis right now," Osler said, echoing Montreal and Toronto's health departments, which are urging the federal government to treat drug use as a public health issue rather than a criminal one.

Trudeau: decriminalizing opioids 'not part of the plan'

In the House of Commons on Wednesday, discussing the Liberals' approach to the opioid crisis, Prime Minister Justin Trudeau said his government "will not treat this as a criminal issue" — a statement his health minister, Ginette Petitpas Taylor, has echoed.

But for now, the door to decriminalization remains firmly shut. At a town hall in February, Trudeau said lifting criminal penalties for illegal opioid use is "not a step that Canada is looking at taking at this point."

In July, a spokesperson for Petitpas Taylor said the government is working instead to reduce barriers to treatment by approving more than 25 supervised consumption sites and making it easier for health professionals to provide access to opioid substitution therapies. 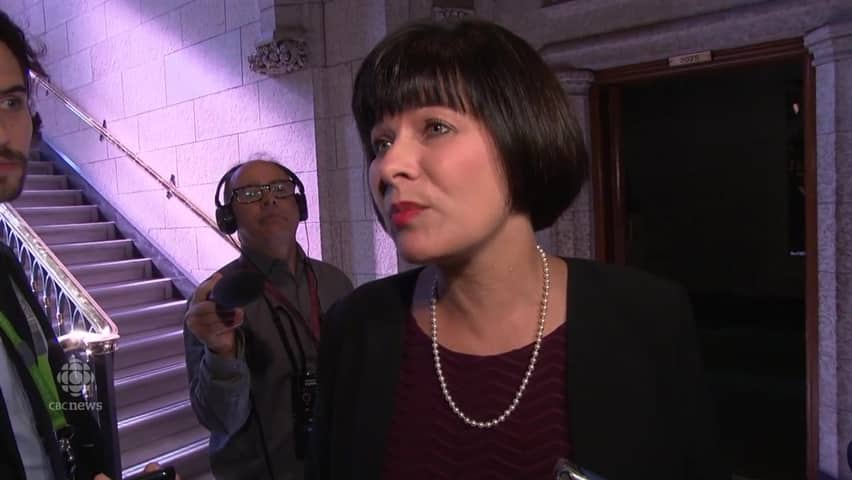 Osler said those strategies are "all very much needed."

"The one strategy that continues to be needed is optimal prescribing practices," she added. "We continue to work with our physicians so we're part of the solution in terms of appropriate opioid prescribing, recognizing when alternate therapies are available."

But Osler also agreed with Petitpas Taylor's statement earlier this week that there is "no silver bullet" solution for the crisis.

"It's a complex problem," she said.

It's also getting worse, according to the Public Health Agency of Canada's latest trend report. In 2016, slightly more than 3,000 Canadians died of apparent opioid overdoses. That number grew to close to 4,000 deaths last year.

Listen to the full interview with Dr. Gigi Osler Saturday on CBC Radio's The House.