Canada's foreign affairs minister is hinting that there is a new sense of urgency in Washington in the push to get the revised NAFTA ratified. That raises a question: what would happen if action is needed here before election day?

Canada's foreign affairs minister says Canada is ready to act as signs emerge of a renewed push in the United States to get the re-negotiated NAFTA ratified.

During an interview with Carol Off, host of CBC Radio's As it Happens, Chrystia Freeland, who is seeking re-election, described a recent flurry of cross-border conversations updating Canada on developments taking place in Washington.

"I am speaking to [United States Trade Representative Robert] Lighthizer a lot," Freeland said of talks with her American counterpart on the trade file.

"I spoke to him at length on Tuesday, I spoke to him on Sunday. Kirsten Hillman, who is our acting ambassador in the U.S., just yesterday had a very long, substantive conversation with the USTR about the domestic ratification process.

"The prime minister was briefed about this, this morning ... about all the NAFTA conversations that are happening. With the United States, what I think we've learned is we have to be ready for any eventuality. We are poised to pounce if that were to become necessary."

How exactly Canada would or could "pounce" during an election period is not clear.

A government official, speaking on background, told CBC News there would have to be an examination of the caretaker convention, the guidelines under which a government operates when Parliament has been dissolved, to determine which options are possible.

That could include some consultation with opposition parties about how to proceed.

It's unclear at this stage whether an examination of the caretaker convention has begun in government circles.

Canada has not yet ratified the Canada-U.S.-Mexico Agreement, as the NAFTA replacement is known here, with government officials saying they want to move in lockstep with the Americans.

During the 2015 Canadian election campaign, trade ministers from 12 countries spent days hammering out the final details of what would become the Trans Pacific Partnership.

Then-prime minister Stephen Harper announced Canada would be joining as a founding member of the trade pact, which has since become the Comprehensive and Progressive Trans Pacific Partnership. (The U.S. left that deal shortly after Donald Trump was elected president.)

At the time, Joe Oliver, Harper's finance minister, argued the Conservatives were within their rights to negotiate the deal during the election and said the talks did not violate the caretaker convention. 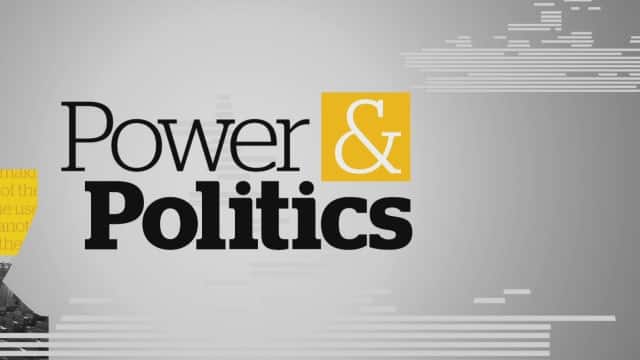 Power and Politics3:55Chrystia Freeland on U.S. ratifcation of new NAFTA
Foreign affairs minister suggests there's a new urgency around U.S. ratification of renegotiated NAFTA in an interview with CBC's Carol Off. 3:55

"When there's a matter of importance or urgency for the government to deal with in the national interest, then it's appropriate for us to do that. And this is certainly one of those cases," Oliver said.

Canada, the United States and Mexico signed a deal on a renegotiated NAFTA last year, but Mexico is the only one of the three countries so far to ratify it. Trump has urged House Democrats to pass the USMCA, as it is called in the U.S.

House Speaker Nancy Pelosi has resisted those calls, demanding changes to the agreement to lower the cost of prescription drugs, improve labour standards and adopt more protections for the environment.

During an Oct. 2 news conference, Pelosi told reporters "we're on a path to yes."

"We want to be sure that as we go forward, we are strengthening America's working families and our farmers who are very affected by this."

Citing the "rather turbulent" political climate in the U.S. right now, Freeland would not say whether a deal is imminent.

"I'm not going to make predictions about U.S. politics. This would be foolhardy in the extreme and also not my job."

"We are poised — we are extremely engaged in everything that is happening right now. We are poised to act should that be necessary and we will be sure Canadians are very informed."