"We have now managed to get the Americans to the table, we have managed to raise attention to this issue at the very highest levels," Chrystia Freeland said in an interview with Chris Hall on CBC Radio's The House.

"We have the U.S. president announcing in the Rose Garden that he believes a deal can and must be done. That's tremendous," she said. "I don't want to downplay to anyone the complexity — the fiendish complexity — of the softwood lumber issue [but] this was a real breakthrough," she said.

Trudeau and Obama instructed Freeland and her American counterpart, Michael Froman, to explore all options for solving the trade dispute and report back within 100 days.

The House10:14Interview - Chrystia Freeland
Canada's International Trade Minister, and the chair of the cabinet committee on Canada-U.S. relations, discusses what was accomplished during Justin Trudeau's official visit to Washington. 10:14

Canada's new ambassador to the U.S., David MacNaughton, was more pessimistic about the prospect of a deal.

"I've met with the White House about this, we're trying to chart a path forward that has a high degree of possibility of success, but it's tough. It's in the U.S. industry's interest to avoid a long, litigious thing. The only thing that's good for, it's good for lawyers," he told The House in a separate interview.

The previous softwood lumber agreement expired Oct. 12, 2015, but included a grace period that prevents the U.S. from launching any trade action against Canadian producers for one year.

The original deal to revoke U.S. trade barriers against Canadian lumber was signed in 2006 and renewed in 2012, after years of dispute at the World Trade Organization and an estimated 9,000 to 10,000 job losses for the Canadian industry.

More than $4.5 billion in tariffs were eventually returned to Canadian exporters. Since then, export charges have been levied on Canadian products when the lumber price dropped below a certain amount.

U.S. lumber companies oppose the import of softwood, claiming Canadian companies have an unfair advantage with their preferential access to Crown-owned lands with lower stumpage fees.

"I'm very well aware of that," Freeland said of the opposition, "and that's why I was cheering when I heard the U.S. president — it's not my president, it's their president — saying a deal is a good thing and we're going to reach one and that's what he said."

Obama was asked about softwood during the bilateral press conference at the White House on Thursday. "This issue of softwood lumber will get resolved in some fashion.… It's been a long-standing, bipartisan irritant," he said. 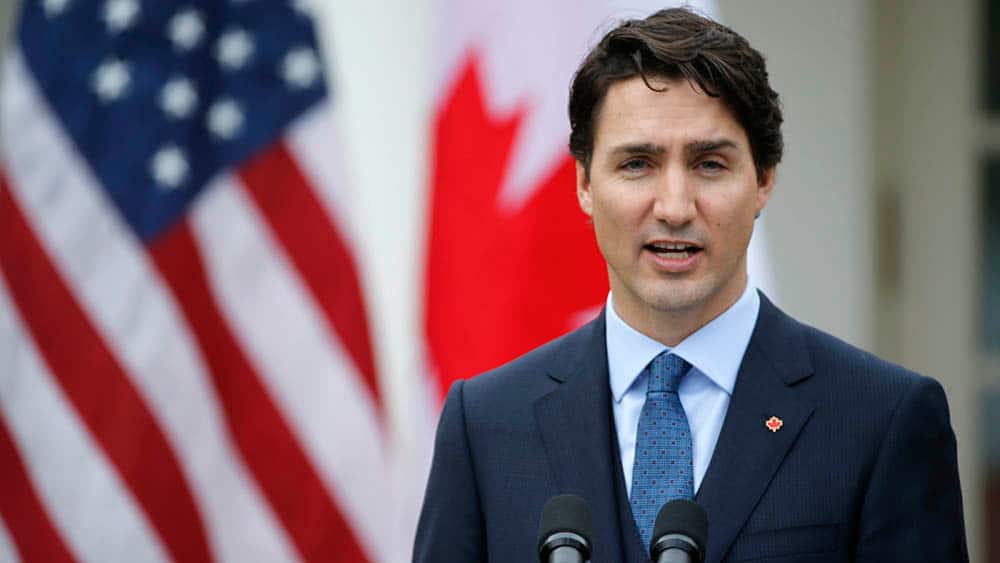 5 years agoVideo
2:21
'It will be fine, U.S. president says of perennial trade irritant with Canada 2:21

Trudeau said he was hopeful a deal was imminent. "I'm confident that we are on a track towards resolving this irritant in the coming weeks and months," he told reporters.

'Structure of a deal' within 100 days

Freeland said the new timeline and commitment from the Americans would not mean the end of softwood disputes once and for all.

"I don't want people to think this is going to be done and dusted, and we don't have to worry about softwood negotiating for another 10 years. But what we have committed to is to make significant, meaningful progress towards a deal — to have the structure, the key elements there a 100 days from now."

Freeland and Froman will report back to their leaders just before Obama travels to Ottawa in June, where he will address Parliament and participate in the "Three Amigos" summit between Canada, Mexico and the U.S..