Comments made by former prime minister Jean Chrétien on the substandard living conditions facing many remote First Nations communities spilled over into the House of Commons Tuesday night, with NDP MP Niki Ashton denouncing his views as "assimilationist."

Comments made by former prime minister Jean Chrétien on the substandard living conditions facing many remote First Nations communities spilled over into the House of Commons Tuesday night during an emergency debate over the many suicide attempts in Attawapiskat.

Earlier in the day in Ottawa, Chrétien had suggested "people have to move sometimes" — a comment NDP MP Niki Ashton denounced as "assimilationist." The former prime minister went on to say he doesn't think the First Nations community of Attawapiskat itself should move or be moved.

MPs debated for more than five hours what to do about the suicide crisis in Attawapiskat and other public health emergencies facing First Nations communities across the country. Many communities are without proper health services, adequate housing and in some cases access to clean water.

"Suicide and self-inflicted injuries are among the leading causes of death for First Nations people," said Ashton in the Commons Tuesday night.

"But this didn't just happen. In fact, the trauma that is apparent through suicide crises across Canada is the direct result of our history of colonization and decades of racist policies passed through this House."

The emergency debate in the Commons coincided with the 140th anniversary of the Indian Act — "a piece of legislation that is the symbol of colonialism," Ashton said.

"This piece of legislation and the way it is imposed on First Nations is deeply connected to the oppression that exists today."

Ashton told the Commons that colonialist views continue to be perpetrated against Indigenous people "even today."

"A former prime minister of Canada, when asked about the suicide epidemic in Attawapiskat perpetuated such assimilationist views in suggesting that First Nations people should just leave their communities," Ashton said. 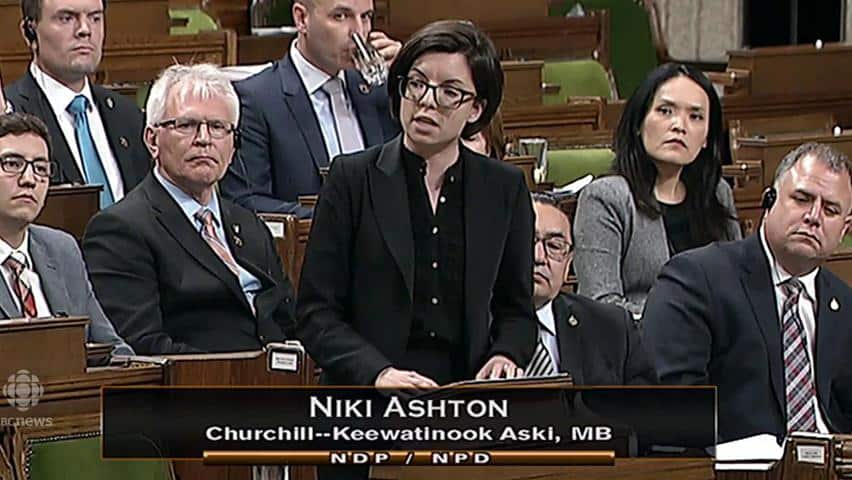 5 years ago
2:34
NDP MP Niki Ashton rose during the emergency debate to explain how the growing number of suicides on reserves is due to years of colonial oppression by successive Canadian governments. 2:34

'Some people have to move'

While Ashton did not mention Chrétien by name, she went on to quote an excerpt of what he told reporters earlier in the day.

Chrétien, who was the minister of Indian affairs and northern development from 1968 to 1974, was on Parliament Hill earlier Tuesday for unrelated business. (He said he was there to meet with Peter Harder, the government's new representative in the Senate, who was being sworn in along with 6 other new independent senators on Tuesday afternoon.)

Asked specifically whether he would consider moving Attawapiskat, Chrétien suggested the solution for some First Nations people may be to leave their isolated communities.

"The problem is sometimes you can not. You know, it's uh, people have to move sometimes. Sometimes it's desirable to stay if they want to stay, but it's not always possible," Chrétien said.

"So you can not have a statement that is generic, you know... it's one case at a time."

Ashton denounced in the Commons some of Chrétien's comments.

Chrétien said that from his own experience the problem was "extremely difficult."

"It takes time and patience, and there's always tragedies of that nature that occur, and the government has to do its best to cure it. But it's not easy."

"It was extremely difficult at that time. It's difficult, there was no economic base there for having jobs and so on, and sometimes they have to move like anybody else."

The former prime minister was asked again, more directly, whether the First Nations community of Attawapiskat should move.

"I don't know. No, no. You look at each case, each case. But some people have to move."

"Not the reserve?," Chrétien was asked. 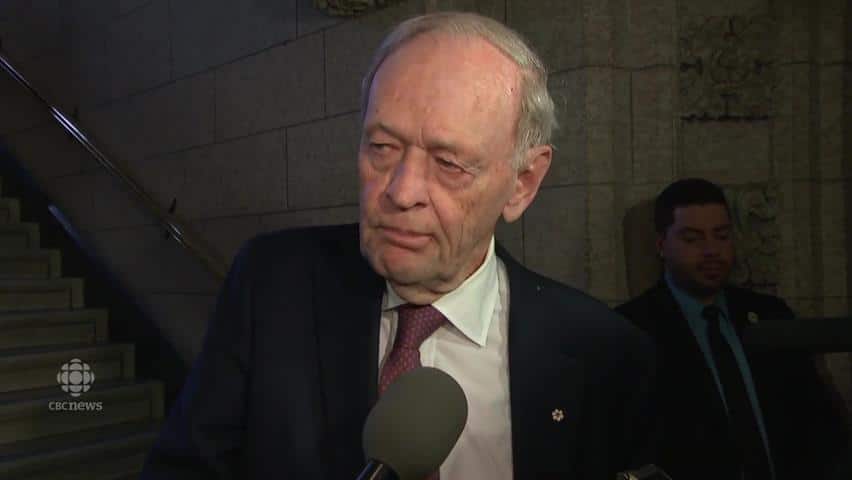