China's ambassador to Canada hopes Canada will side with China in his country's escalating tit-for-tat trade dispute with the United States.

China's ambassador to Canada says he hopes Canada will side with his country as "strong defenders of free trade" in the escalating trade battle between his country and the United States.

"China hopes that Canada will hold the justice, stand at the right side of history and work with China to safeguard the multilateral trading system," Ambassador Lu Shaye told CBC News Network's Power & Politics.

So far, Canada has remained neutral in the stand-off between the world's two biggest economies.

"I think Canada [taking] a neutral position is a help to China," Lu told host Vassy Kapelos. "We know the U.S. is the unique, only neighbour of Canada, and Canada has many problems with the U.S. We have noted that the position of the Canadian government is objective ... It's very good.

"Naturally, we hope Canada can do more. But we respect the Canadian position." 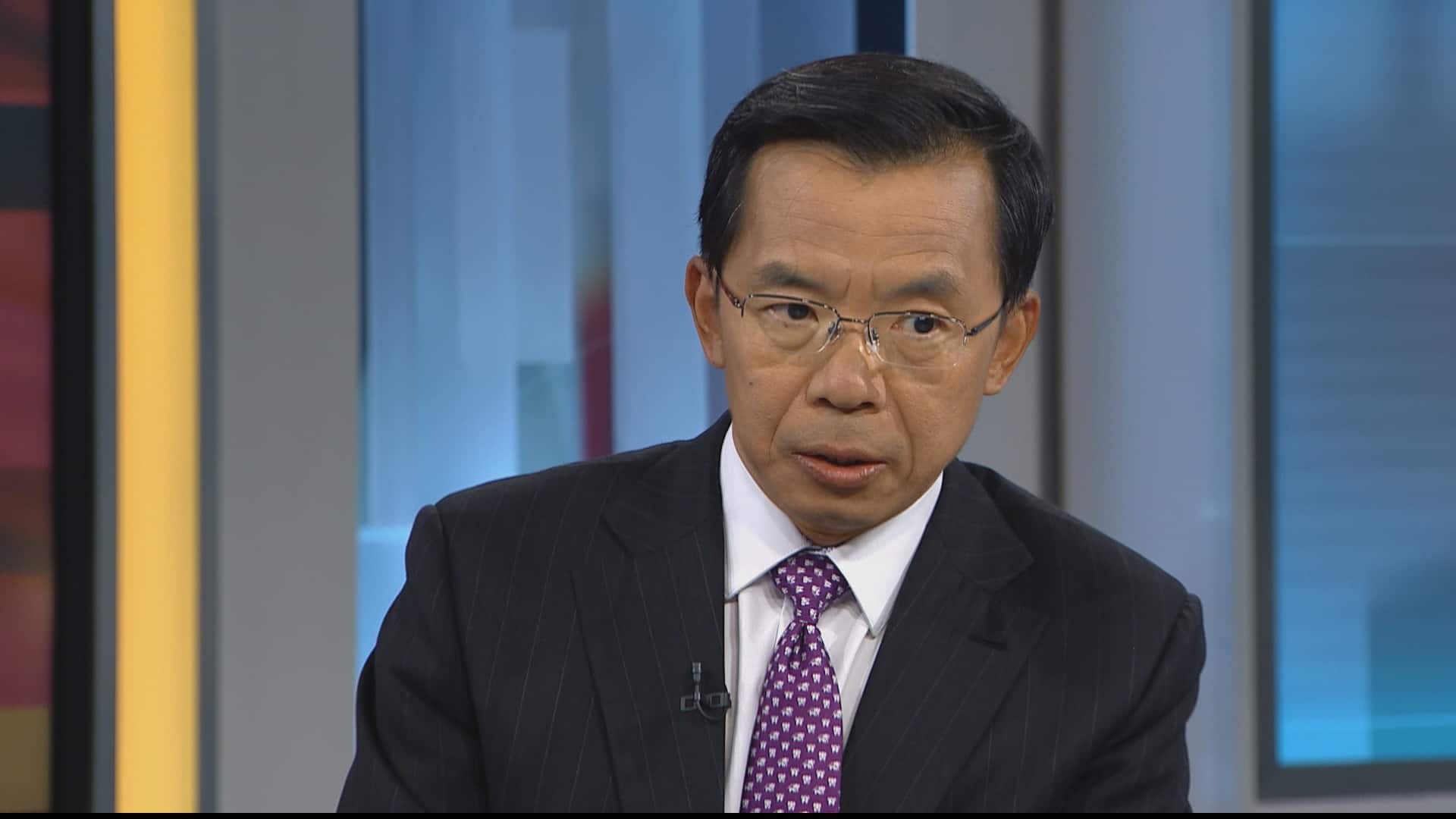 China's ambassador to Canada: 'We hope Canada can do more' in trade war

The Chinese government vowed Friday to "counterattack with great strength" after U.S. President Donald Trump threatened to raise tariffs on an additional $100 billion worth of Chinese goods.

Trump's latest threat comes on the heels of an announcement earlier this week that he would slap tariffs on $50 billion in Chinese imports. China responded with tariffs of their own on targeted American imports, including soybeans, pork and small aircraft.

Lu said China is not seeking a trade war and called for a resolution through "dialogue and negotiation."

The current climate in the U.S./China trade relationship makes it the ideal time to move ahead on free trade discussions between Canada and China, Lu said.

"Confronted with the current wave of protectionism set off by the United States, Canada and China should further work together to promote the FTA process between our two sides, and resist trade protectionism with concrete actions," he said.

"China is willing to initiate the process with Canada at any time."

It was a different matter back in December during Trudeau's trip to China, when an anticipated joint statement indicating the beginning of formal trade talks failed to materialize.

At the time, Trudeau said exploratory discussions would continue.

The two countries already have held four rounds of such talks going back to 2016. The Trudeau government has also consulted industry leaders on the pros and cons of proceeding with a free trade agreement.

Lu said "many things" kept formal talks from starting after Trudeau's visit to China. He did not say what those things were.

"Maybe the Canadian government have not decided, but the Chinese side is already prepared," he said.

One sticking point between the two countries is Canada's push to include labour rights in a joint statement announcing the launch of formal negotiations, said Guy Saint-Jacques, Canada's former ambassador to China (2012-16). 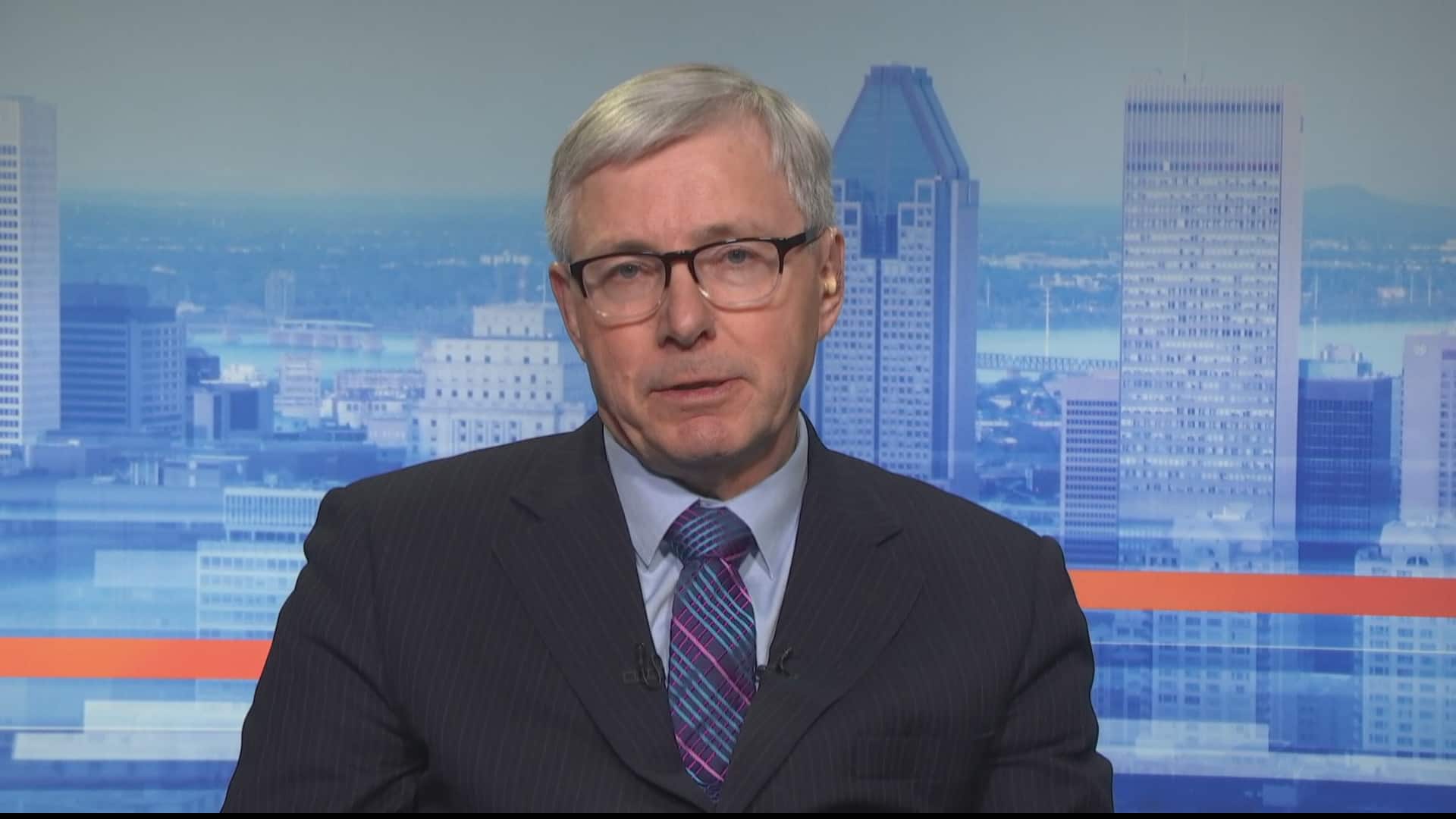 "There was a problem with the wording of the communique, and the key problem was related to labour rights," he told Kapelos in a separate interview on Power & Politics.

"We're at the stage where diplomats have to get into action and try to work out some compromise language."

Lu seemed to reject the idea of including "progressive" elements in trade talks with Canada.

"I think the notion of progressive trade maybe is not a good factor in the negotiation of [a free trade agreement]," Lu said, because those factors aren't related to commerce, which is what trade negotiations are about.

"The conditions of China and Canada are different," he said. "So it's difficult to choose standards to assess these kinds of problems."